ROCHESTER, N.Y. (WTVR) – Deborah Fellman, of Richmond, is one of 74 balloon artists who worked to build Balloon Manor 2014.

“This is the long-awaited fifth Balloon Manor from Airigami, an art studio specializing in the fine art of folding air,” Fellman wrote in an email to CBS 6. An estimated 50,000 balloons were used to make the five-story Jack and his Beanstalk sculpture in the atrium of the Sibley Building in Rochester, New York. 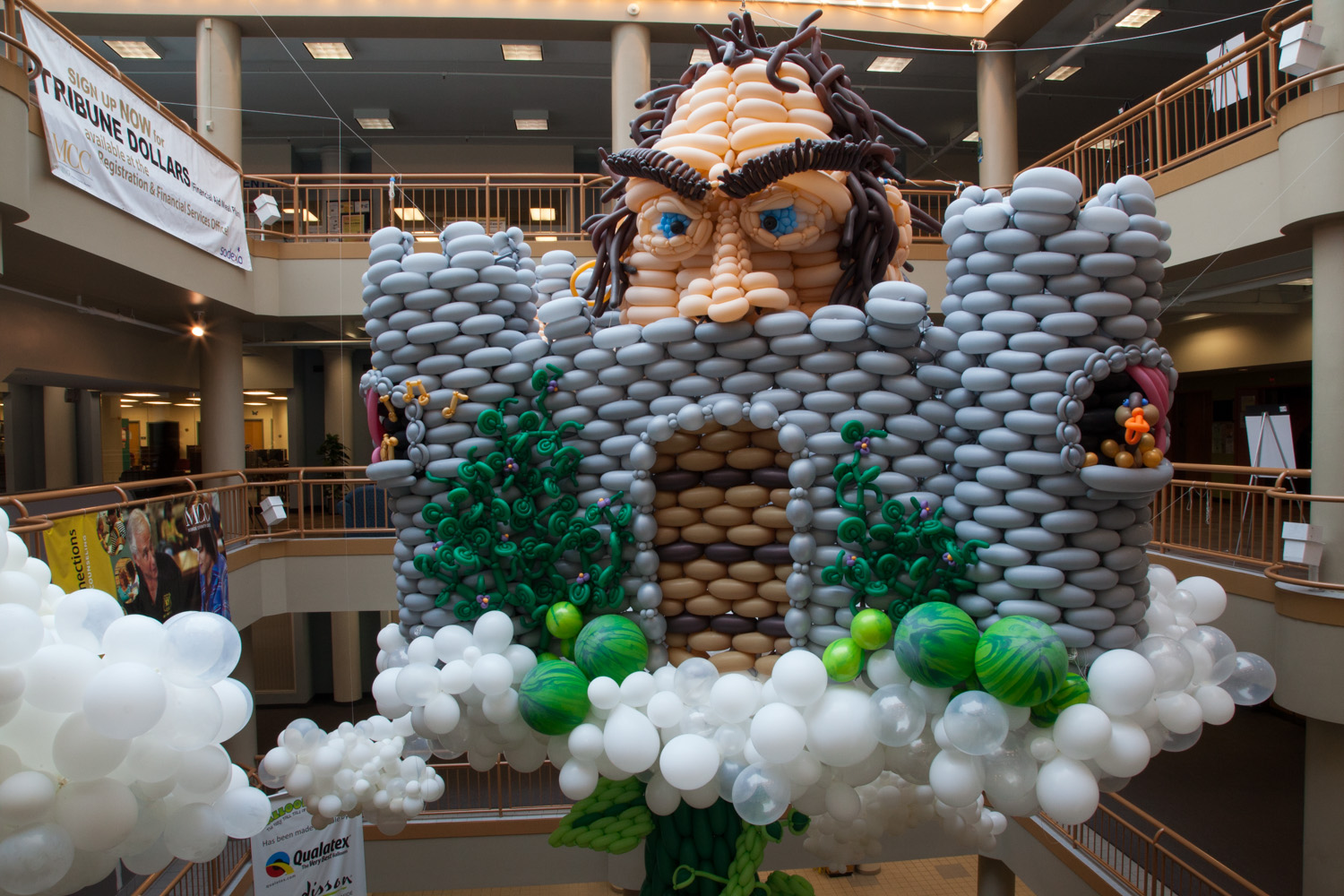 “The dinosaur build was a great introduction to super scale balloon art, and I was absolutely giddy to represent RVA at Airigami’s beanstalk installation. The scope and complexity of the beanstalk project required as much engineering skill as artistry. The most exciting art happens during these international collaborations. We may use the same materials and foundational technique, but if you have an experienced eye you can see different international styles put into play. It’s fascinating,” she said.

The Jack and his Beanstalk sculpture is on display through February 9.