Please SHARE this story to help spread the word on social media.

GREENSVILLE COUNTY, Va. (WTVR) -- A Greensville County family says their new dog was stolen shortly after they saved him from being put down.

Time was running out for a Newfoundland dog, who had spent nearly two months at the local pound.

Melvin and Terri Vick said they knew they had to act quickly when they spotted an article in the Independent Messenger saying the animal would be put down if he was not adopted.

"This dog needs a home and we got one,” Melvin Vick said. "He just came in, made himself at home. And I mean, you couldn't help but love him.”

The couple, who named the dog “Runway,” said he immediately became friends with the family's three other dogs, including a blind and deaf Collie.

"When he looked at him, it was almost as if he knew… this dog don't have eyes and can't see and he licked him and played with him. It was just really neat," Vick said.

However, just five days after joining the family, “Runway” managed to sneak out under a fence and wandered down James River Junction Road.

The dog was briefly spotted on Highway 58, a very busy road. That's when Steve Pearson saw a bronze or gold small SUV pull over. He said a woman with long  blonde hair in the passenger seat got out.

"She went to the back of the vehicle and she picked the dog up -- a little white looking dog," Pearson said. "She was turned around in the seat, looking at the dog, like rubbing it or trying to get it to stay still."

After an article about the dognapping was featured in the Independent Messenger, the couple received a bizarre phone call Wednesday Morning.

"It was odd because they called and said, “Look, I think I might have your dog or know where your dog is,’” Vick said.

But then Vick said the caller asked how much of a reward the couple was offering before hanging up.

"It makes you feel like, somebody wants the money instead of the dog,” said Terri Vick. 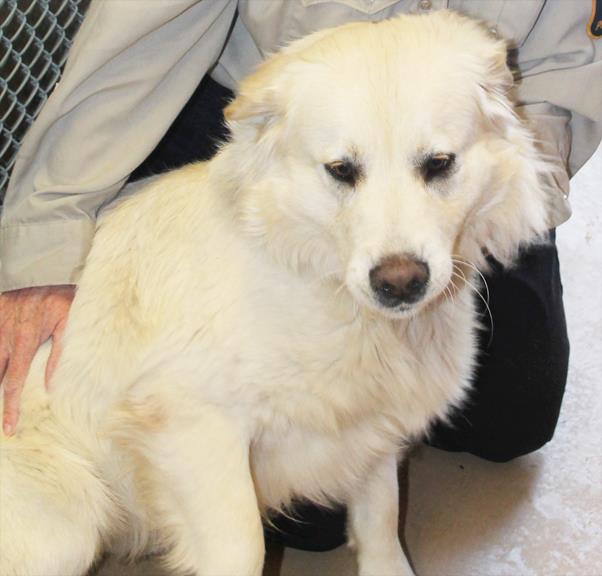