MIDLOTHIAN, Va. (WTVR) – A man rescued a dog that fell through the ice on Swift Creek Reservoir Wednesday morning.

A 911 call was placed after a woman, who works at Butler Photo Art near Sunday Park, spotted the dog in the water.

The woman said she feared the dog was not going to last long because the animal was losing energy as it tried to climb back out of the water.

When the woman's boss, Daniel Butler, heard about the animal, he jumped into a nearby Jon Boat.

Video shows Butler paddle through a break in the ice out to where the dog was treading water. He was able to grab the dog’s collar and pull the animal into the boat.

“This might have looked like a good short cut, lucky for this dog there was a hero nearby,” the woman wrote. “It's a scary thought this could have just as well been a person. Shows just how dangerous it is to walk on a frozen lake.”

The woman said Chesterfield Animal Control authorities are caring for the dog. 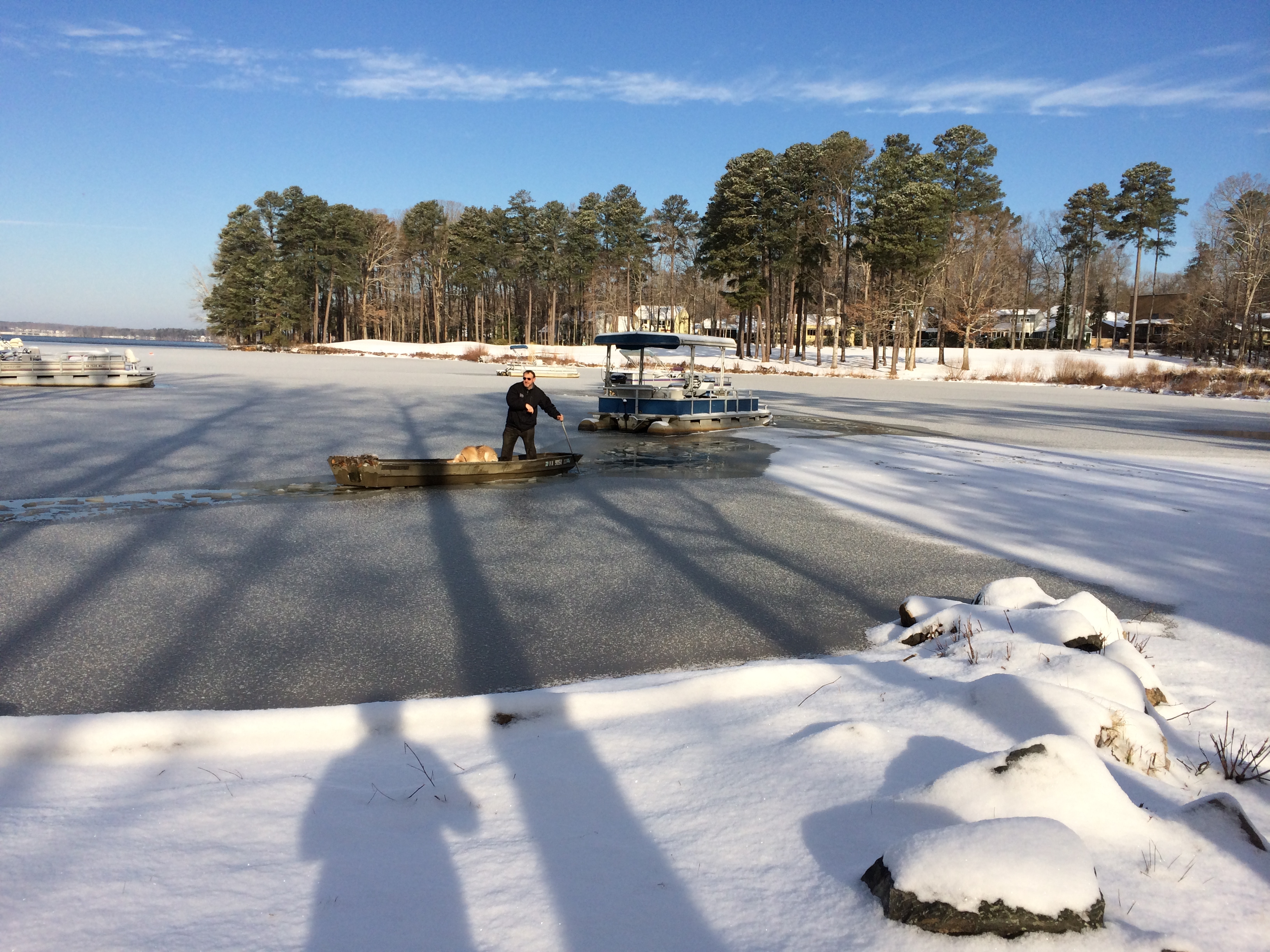