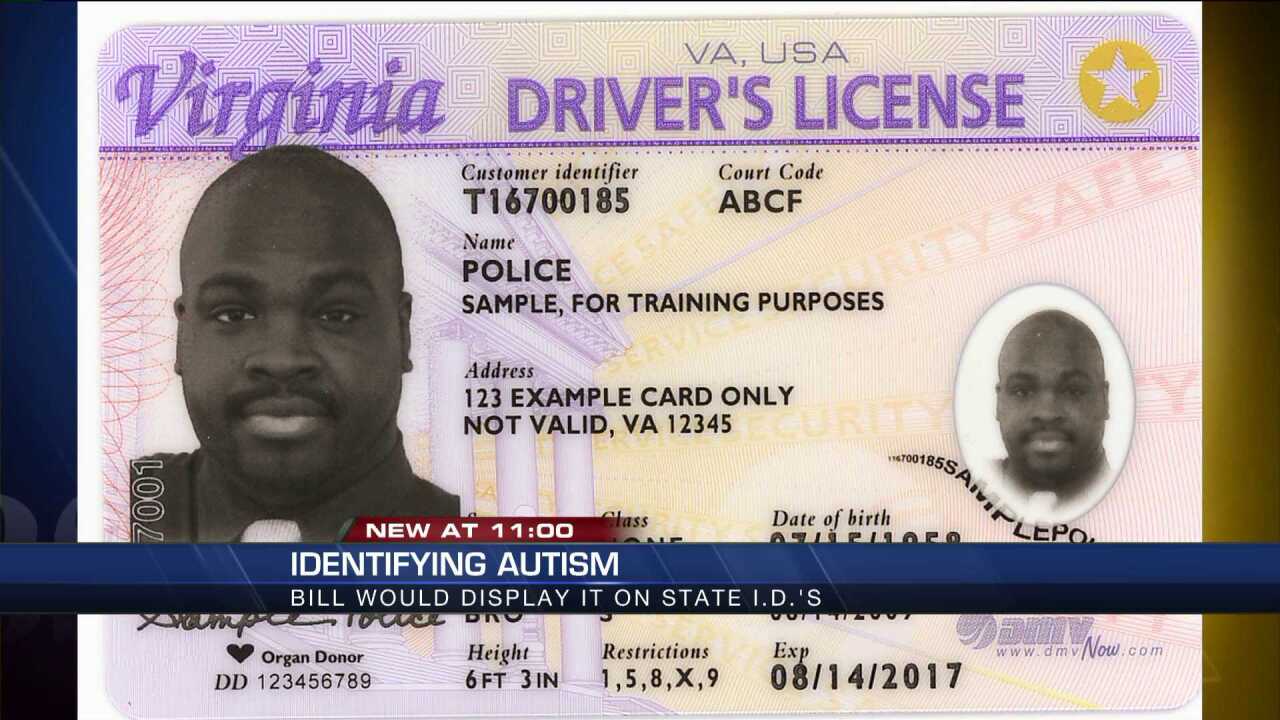 RICHMOND, Va. (WTVR) - The family of a 9-year-old Central Virginia boy is pressing lawmakers to help police and first responders better communicate with people with autism.

Pam Mines, the inspiration behind Senate bill 367 said she does not know a lot about politics or policies, but believes in being pro-active protecting her nine-year-old son JP.

Mines worries some people with autism may have trouble communicating their disability to police. As a result, those citizens could be interpreted to be ignoring officers or acting unruly.

"I really wanted to make sure my son was protected in the event, a situation came about, where he is faced with law enforcement and they're not aware he has autism," Mines said.

Mines came up with the idea of a special code on Virginia driver's licenses and identification cards that would alert law enforcement they are dealing with someone with autism.

McEachin said if the legislation eases one encounter with law enforcement, it's worth the fight.

The Hanover Sheriff's Office, a leader in educating deputies about the autism spectrum disorder, supports the initiative.

"There are people with autism, as well as Asperger syndrome, out in the public," Sgt.  Tim Sutton with the Hanover County Sheriff's Office said. "They're driving, have jobs, they have families but they may have certain behaviors that are not typical as we would expect and officers need to be aware of that."

Sutton believes having an indicator would be a major help since someone with autism is seven times more likely to have contact with law enforcement.

"If a police officer comes up to us and asks us questions, they may not be able to communicate it effectively because of that cognitive delay," said Mines.

The Virginia Institute of Autism said they train law enforcement and first responders to understand the signs and symptoms of Autism spectrum disorders.

"It should be a personal choice for the individual to opt-in to having a notification on their driver's license," the organization said in a statement about the bill.

The bill, which passed a Senate committee in a unanimous vote, is expected to be read on the Senate floor Tuesday.