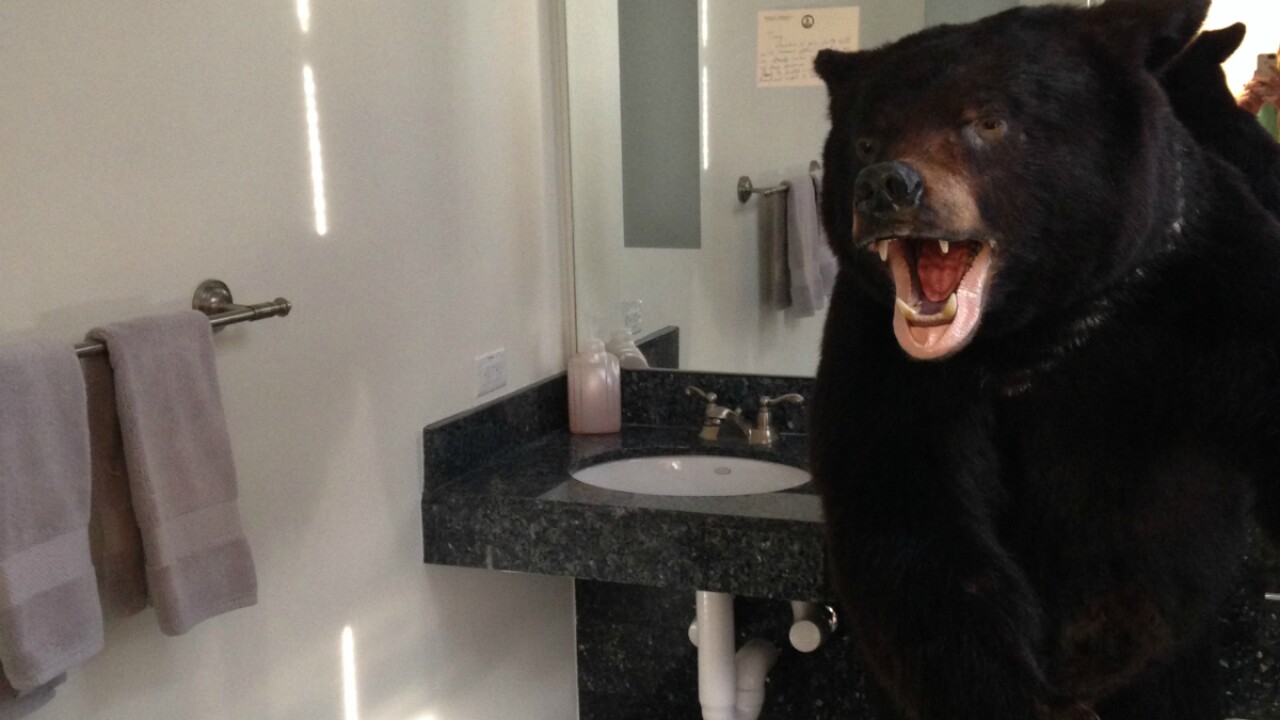 On his way out of the door, the out-going governor pulls a prank on the incoming governor.

A giant stuffed black bear in his office bathroom.

McAuliffe staffers said they were surprised and had a good laugh when they opened the bathroom door.

It wasn’t the only surprise of the day either.

“(Former Gov. Bob) McDonnell left a few items for me,” McAuliffe, a Democrat, said at his first Cabinet meeting. “One was pretty cute; he had an alarm clock hidden in a drawer.”

McAuliffe didn’t say what time the alarm went off, but added he was already awake at the time.

“But the first lady was not up yet,” he said, laughing.

“So I can’t wait to call him today,” McAuliffe continued. “I got to tell him you didn’t beat me, but you got my wife up.”

McAuliffe wasn’t the first Virginia governor to get pranked by his predecessor. McDonnell told WRVA, a radio station in Richmond, in October that when he took office in 2010, former Gov. Tim Kaine had hidden cell phones around the mansion that would ring at different times.

“It was a great little trick, and it had us spooked for a couple of days before we found the cell phones,” McDonnell said.

Going back even further, The Washington Post reported that when Kaine became Governor in 2006, he discovered a cardboard cutout of former Gov. Mark Warner in the shower.