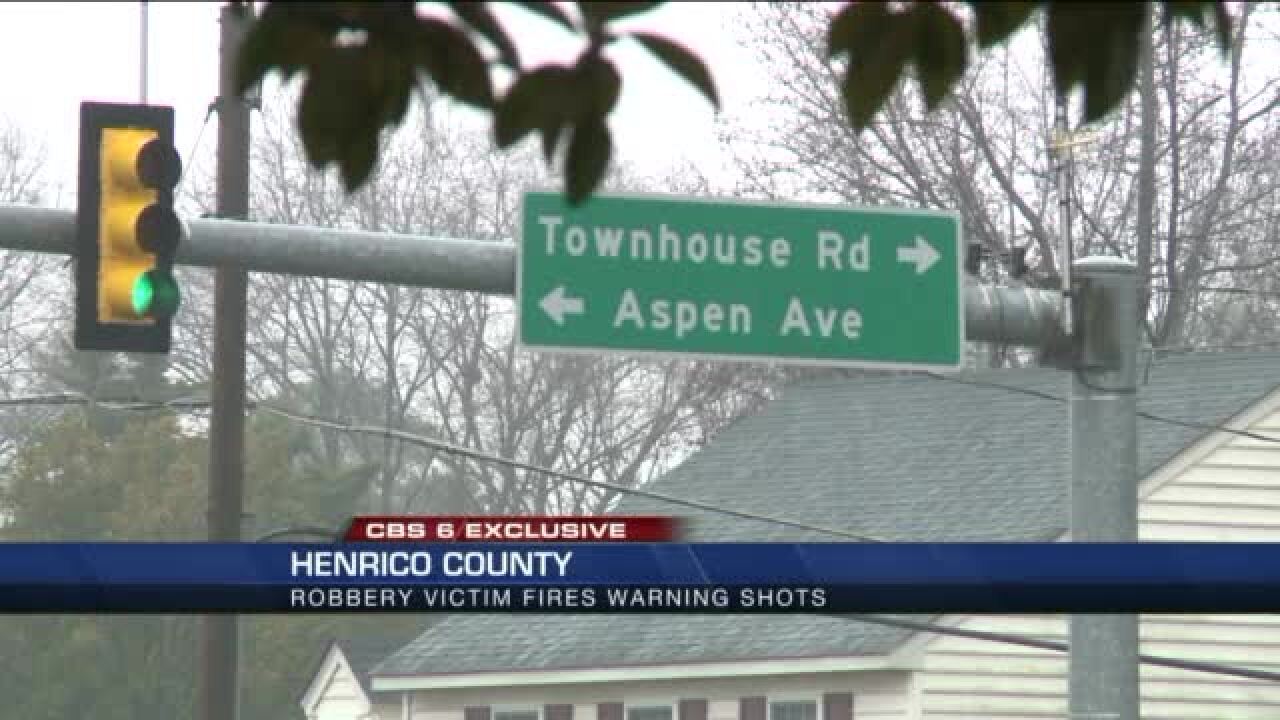 HENRICO COUNTY, Va (WTVR) - A Henrico man fired his shotgun into the air Friday, defending himself from would-be carjackers, according to police.

Police say the man met the two suspects when he went to the Staples Mill Townhomes complex along the 4100 block of Townhouse Road to look at a car he was interested in buying.

Callan Hisle is a resident in the area, and he is surprised by the violence occurring in what is normally a quiet area.

The victim told police that when he met the seller he was with another man, who both told him to wait while someone brought the car for sale around. The two suspects then showed the victim a gun and robbed him of his money and car keys.

During the robbery, the man told police he pulled a shotgun out of his car and fired a warning shot into the air.

The suspects returned fire while taking off on foot. One of their bullets struck a building.

Police have yet to reveal must about the suspect descriptions or if the victim responded to an ad on Craigslist or otherwise. They say they are still searching for the suspects.

Police ask anyone with information to call Crime Stoppers at 780-1000.