Chief Doug Middleton didn't want to get into specifics Wednesday about what triggered a massive police response and room-to-room search at the school.

He did say the threat was real and that his officers, along with teachers and students, reacted accordingly.

He suggested you could “Monday-morning quarterback” almost any large-scale operation, especially since the images of police entering classrooms, yelling  "Police! Put your hands up!" are still shocking. 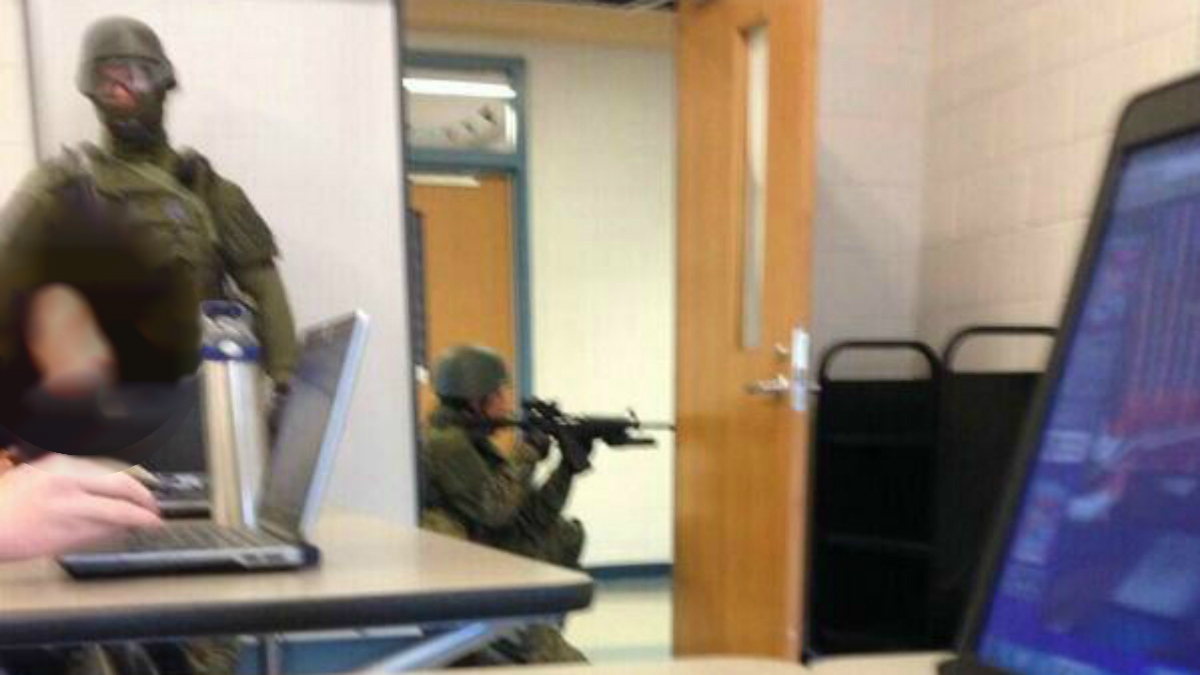 But Middleton defended his department's decision for the massive show of force.

The lock down began after police got word that a male student, distraught about a failed relationship, may have been on campus or on his way to the campus with a weapon.

Most parents that huddled together at a nearby shopping center agreed with the police response. But some sounded off on Facebook, with specific questions to county leadership about the incident, so CBS 6 took those questions to Chief Middleton and to Henrico schools’ spokesman Andy Jenks.

“Will the school allow this student back on property to get an education?" I asked.  “It's certainly not appropriate for me to talk about one student or any student,” Jenks said.  “But in general terms, there are procedures we perform to assess and evaluate each situation."

"Our goal was to remove the potential threat and get this individual help or assistance needed,” said Middleton.  “Our investigation at this time is ongoing and no decision has been made about charges."

"So many parents were getting information via tweet or text. Did that help or hinder you guys?” I asked.  "I think communication is good,” Jenks said.  “I'd rather live in a society where kids can communicate rather than not, to see the pictures and videos.  While it doesn't tell a complete story, it tells you it was something serious."

This incident is something the schools and police will compare notes on during a debriefing soon.

Jenks says there is always room for improvement.  Middleton says if there's someone in the community with constructive criticism of how they handled things, they're more than willing to listen.