COLONIAL HEIGHTS, Va. (WTVR) – A portion of Colonial Heights, including Southpark Mall, was without power Tuesday afternoon after a vehicle slammed into a pole and knocked out electricity to the area.

A CBS 6 viewer sent photos of the pole down near the Wawa and Sonic.

@CBS6 Southpark power in Colonial Heights is out. No traffic lights. If you're going to Southpark you will be parked lol.

A Southpark Mall manager told CBS 6 News that emergency generators were running, but that the shopping center was “mostly in the dark.”

During the height of the outage, Dominion Virginia Power reported 300 customers were without power. 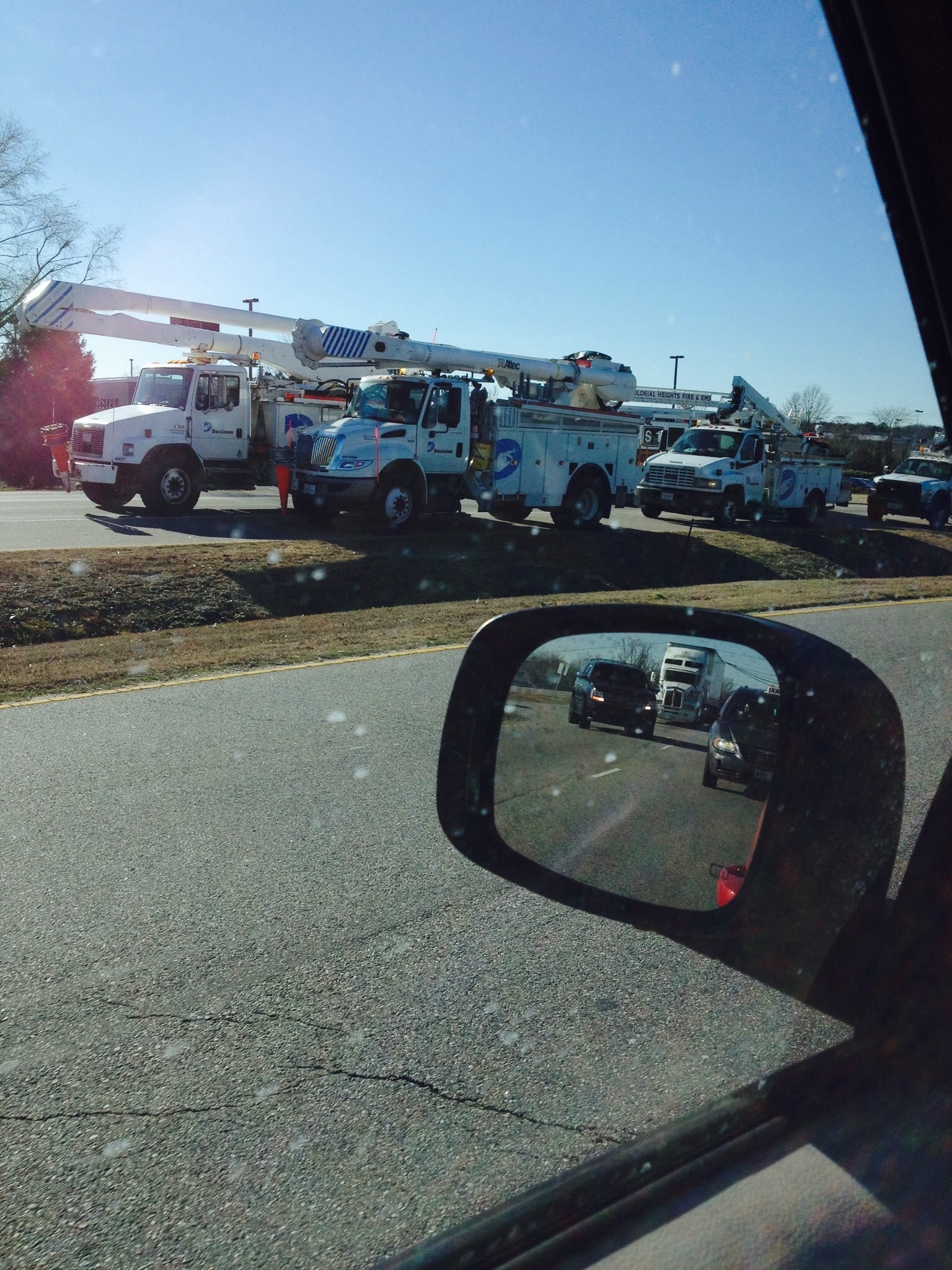