CHARLES CITY COUNTY, Va. (WTVR) -- The Charles City County Sheriff's Office helped brighten the holiday season for the son of a deputy killed in the line of duty.

The sheriff's department gave 3-year-old Colton Walizer a unique Christmas gift: a Power Wheels replica of a 2010 Dodge Charger adorned with the same graphics as the department's cruisers.

Colton's father, Deputy M.C. Walizer, was killed on March 31, 2012 in a car wreck while on his way to assist another officer.

Walizer, who was the first officer killed in the line of duty in Charles City County, left behind a wife and four children

Colton's cruiser was donated by the sheriff's department and the decals were created by Ten Code Elite Services in Amelia.

The cruiser has its own unique number on the rear of “35 Jr.” 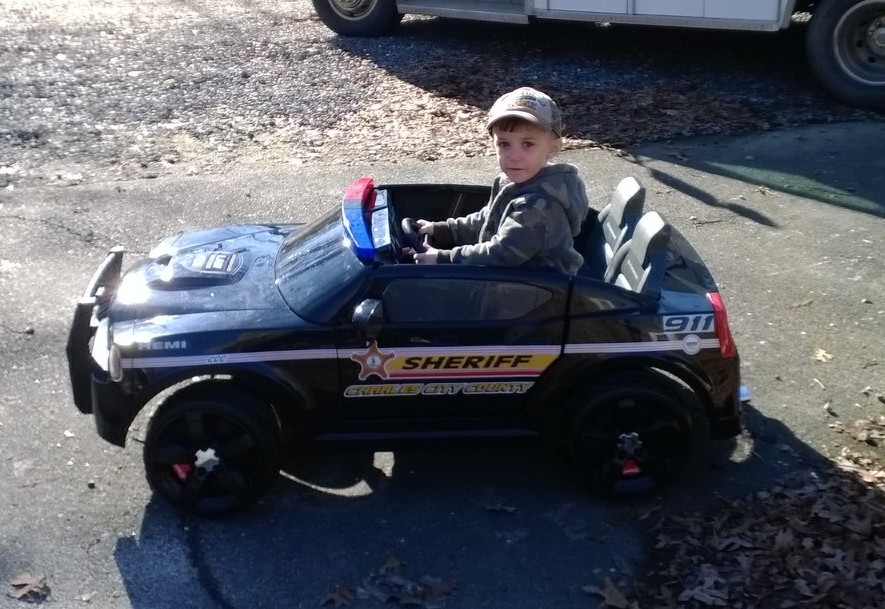