Cheerleader who served in Afghanistan, honored with Bronze Star

The military brat who became an NFL cheerleader is today a first lieutenant in the United States Army.

On Sunday, she was honored as a Hometown Hero by the Philadelphia Eagles, the team she cheered for from 2007 to 2009. 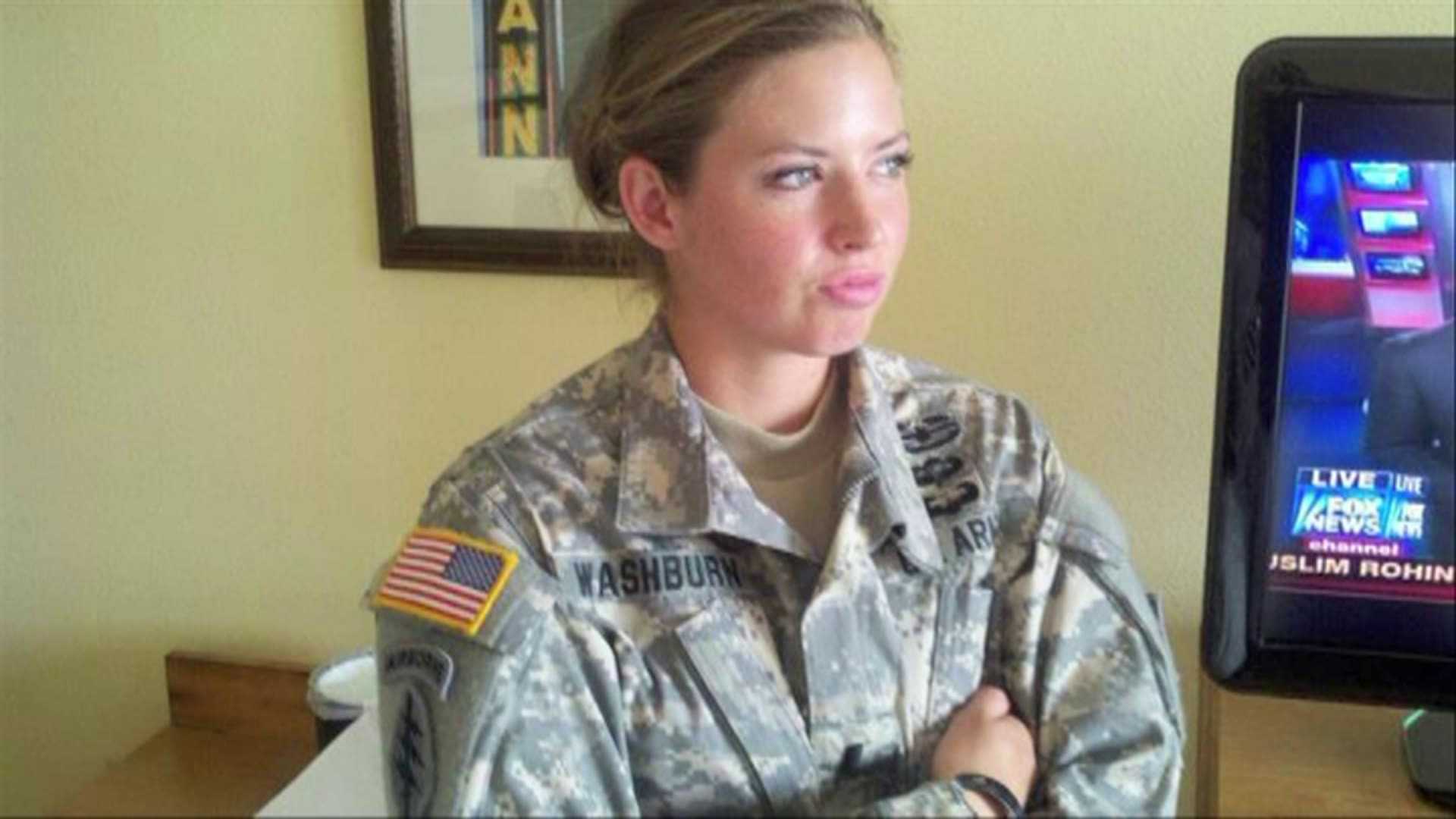 The Bronze Star recipient served two tours of duty with the Army in Afghanistan, including one as a member of the Army's new Cultural Support Program.

It was a dangerous and stressful job, where she would go on missions with special operations forces and help search and talk to Afghan women and children.

"We could be their voice during missions for engagement to ensure security on objectives, and we could help search and secure the females and the children during missions," she told the Philadelphia Eagles website.

Spoken like a true soldier -- which is not surprising given her father, Lon, served many years in the Army and Air Force as a pilot.

Rachel Washburn, 25, said she learned during her Army training to think of a happy place when confronted by stress. For that, she liked to think of her first game as an Eagles cheerleader. It was a beautiful August day and she was lined up for the pregame dance. It is one of her best memories, she said.

She also recalled fondly her trips to hospitals in Philadelphia and a USO trip to Iraq. Cheerleading is more than just dancing on the sideline and looking pretty, she said.

"We're all beautiful women who are there to be entertaining at games, but also, we are incredibly involved in the community, which is something that I am incredibly proud of," she told the Eagles.

Washburn is not a Philly native. She said she is "from a little bit of everywhere" after having moved at least a dozen times while growing up.

But she loved Philadelphia from her visits there and applied for an Army ROTC scholarship at Drexel University. She also joined the dance team.

Her next steps took her to tryouts for the Eagles cheerleading squad. She made the team on her first try.

After she graduated, Washburn joined the Army and went to Afghanistan, where near the end of her first tour she helped deliver a baby during a snowstorm while communicating with medical personnel by radio.

She told USA Today that during her second tour she was a platoon leader of an intelligence unit. She is considering re-enlisting in the Army next year when her enlistment is due to end, she told the paper.

Her father nominated her for the Eagles honor.

"I watched her go through two tours in Afghanistan and all of the things that she sacrificed," he said. "It was not a very easy couple of tours and I just really kind of thought, 'Man, what a homecoming that would be if (the Eagles) recognized her for that.'"

She returned from Afghanistan in November and is stationed at Fort Stewart in Georgia.

The Eagles played the Chicago Bears on Sunday.