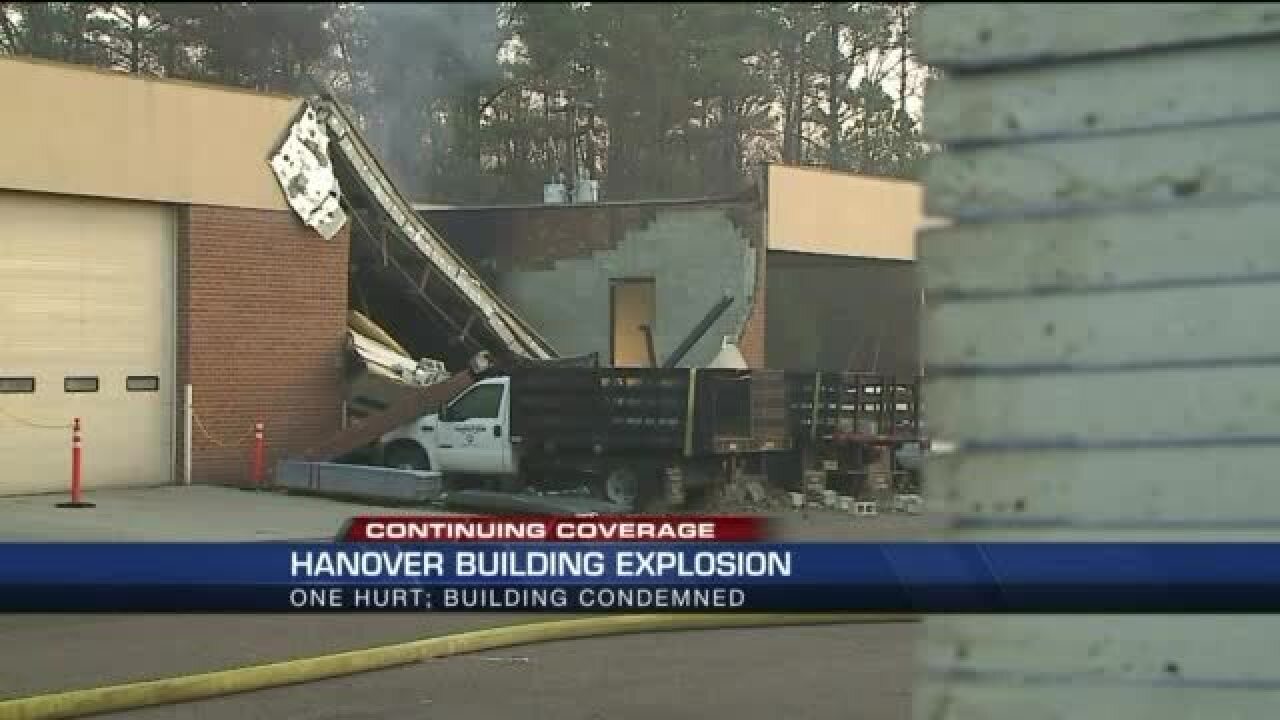 HANOVER COUNTY, Va. (WTVR) - At least one person was injured in a morning building explosion in Hanover. The building, near Commonwealth Building Materials, is located in the 11000 block of South Washington Highway or Route 1.

A construction company leases the bay that exploded, CBS 6 reporter Jake Burns tweeted. The injured man works for the company that leases the bay.

When firefighters responded to the explosion about 4 a.m., they saw heavy smoke coming from the building, according to Hanover Fire and EMS spokesman Lt. Jason Williams.

It took crews about 20 minutes to bring the fire under control. Crews are now working to stabilize the building.

The one injured person was transported to VCU Medical Center. The owner of the construction company that man works for tells CBS 6 his employee was "badly burned" but is expected to recover.

The injured employee arrives at work early most mornings, according to the owner.

The investigation into what caused the explosion is on going.