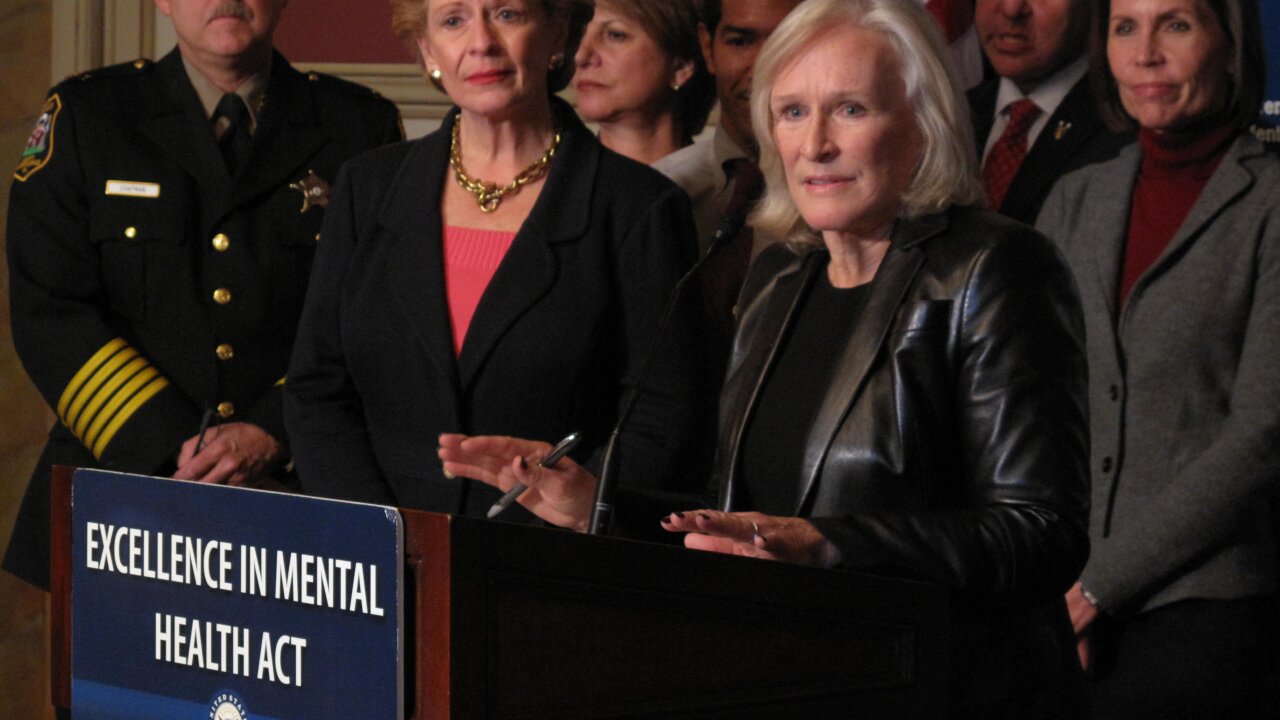 Actress Glenn close was on Capitol Hill Wednesday, Dec. 18, 2013, to join lawmakers pushing for passage of the Excellence in Mental Health Act, S.264, to, as the bill hopes, “expand access to community mental health centers and improve the quality of mental health care for all Americans.” Bi-partisan sponsors, Sens. Stabenow and Blunt also spoke about the importance of the bill, along with mental health advocates including Justin Constantine, a wounded U.S. war veteran recovering from Post Traumatic Stress […]

Along with Sens. Roy Blunt, R-Missouri, and Debbie Stabenow, D-Michigan, at a press conference at the Capitol, Close said her sister’s diagnosis of bipolar disorder late in life prompted her to take action.

“Our family had no vocabulary for mental illness,” Close said.

“It’s incredible to me that it’s still so, so difficult for people to talk about it and so our passion is to make mental illness as easy to talk about as diabetes or cancer so that it’s part of the human condition and it’s something that should unite us rather than something that we need to whisper about behind closed doors or feel fearful and ashamed but the truth is the stigma is huge, still.”

The lawmakers are pushing for the legislation to be taken up in February or March of next year in the Senate, where Stabenow said the bill has “strong bipartisan support.”

“We just need the support in the House to join us in doing what frankly has not been done in over 25 years – to finally say in the community that there will be hope,” Stabenow said.

The “Excellence in Mental Health” bill aims to expand mental health services and is an amendment to the so-called “doc fix” bill, which averts scheduled cuts in pay to doctors who see Medicare patients. The permanent reform is expected to be debated by Congress when they return from holiday break.

The legislation comes in the wake of the one-year anniversary of the mass shooting at the Sandy Hook Elementary School in Newtown, Connecticut, which left 20 young children and six adults dead. Blunt said that acts of violence and a recurring theme of mental health issues in these national tragedies was a reason for Senate action.

Close has been a long-time advocate for mental health awareness, founding an organization, Bring Change 2 Mind, to work to get rid of stigma surrounding mental illness.