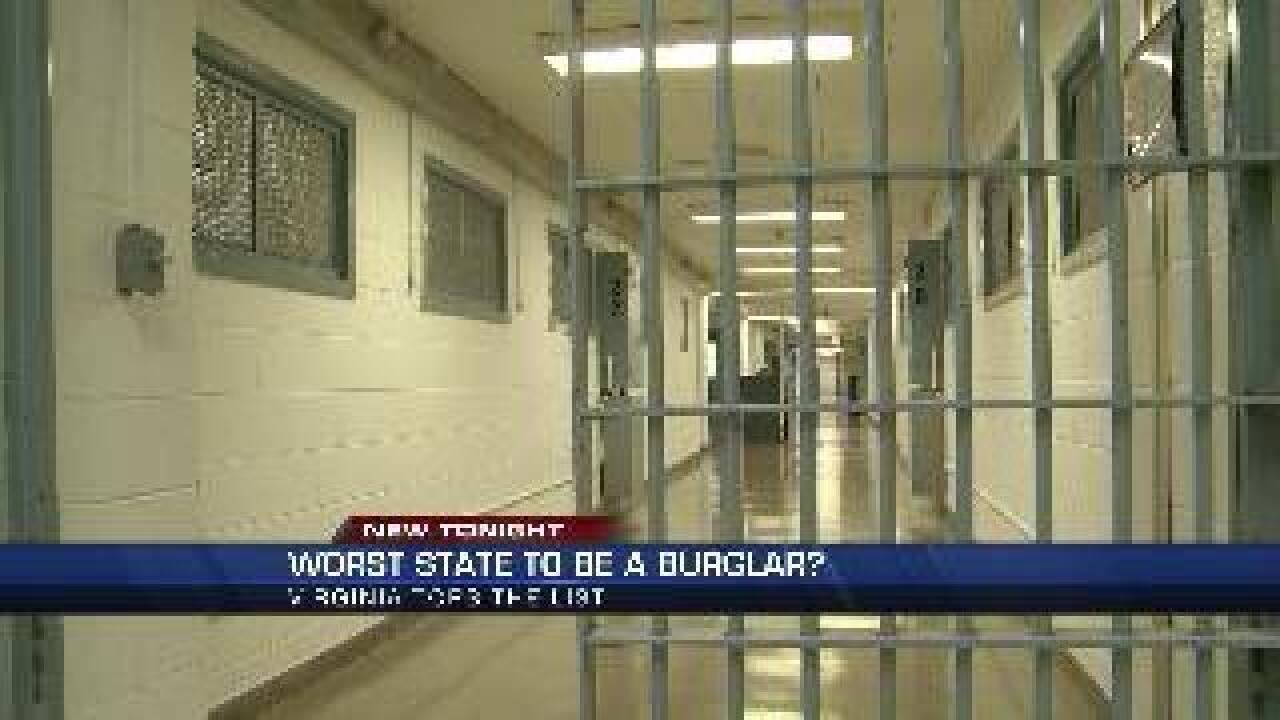 "I’ve learned my lesson,” he said.

He said he doesn't plan on coming back; after they "gave me 45 years with 43 suspended."

Sheets said life with a steady job took a back seat a couple years ago, and it burned him

“I was on a lot of drugs, ran out of money. I mean I had a great job, got into drugs, after that became a burglar."

Sheets was busted in early 2012 while feeding his felonious habit. He was arrested shortly after breaking into Coleman Brothers florists on Lakeside Avenue and ripping off the cash. It was one of seven break-ins he was charged with.

His 45 year sentence is proof of what a recent study shows: Virginia is the strictest when it comes to punishing burglars.

Based on a Simplisafe home security systems survey, Virginia tops the list not just because jail time is stiff, but so are the fines.

And don’t forget about the Castle Doctrine, which allows one to protect himself from deadly force in his or her own home

"In Virginia  there is a defend your castle doctrine in the case law, as far as self-defense.

Sheets said breaking and entering was just a bump in the road and it's in his past—though that record will follow him.

The young father whose daughter was born a month after he was sentenced, said he has a motivation to keep himself clean.

"Have my daughter to live for,’ Sheets said.

"There's 10 years keep the peace-if I do anything to break the law in those 10 years-I can end up serving 43 more."