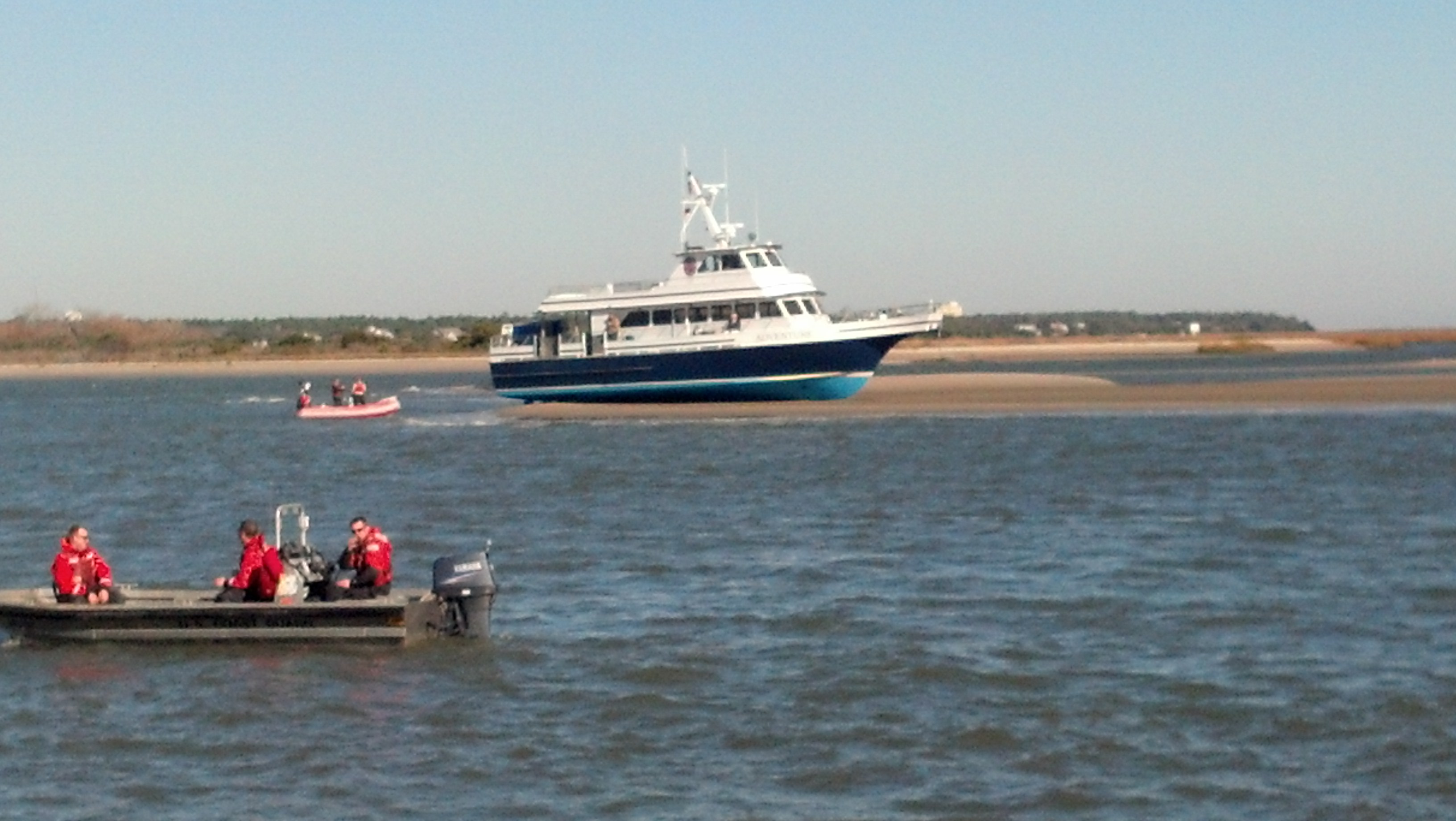 Of the 31 people on board, one was flown to a hospital and 13 others were taken to regional hospitals, CNN affiliate WWAY reported.

The 64-foot boat came to a sudden stop at about 9 a.m., which threw people around, leading some to crash into tables, a passenger told WWAY.

The Adventure Ferry was heading from Southport to Bald Head Island at the time, CNN affiliate WECT reported.

The Coast Guard and other agencies responded to the scene.

As to why the ferry ran aground, she said, “We’re still in the fact-gathering mode.”