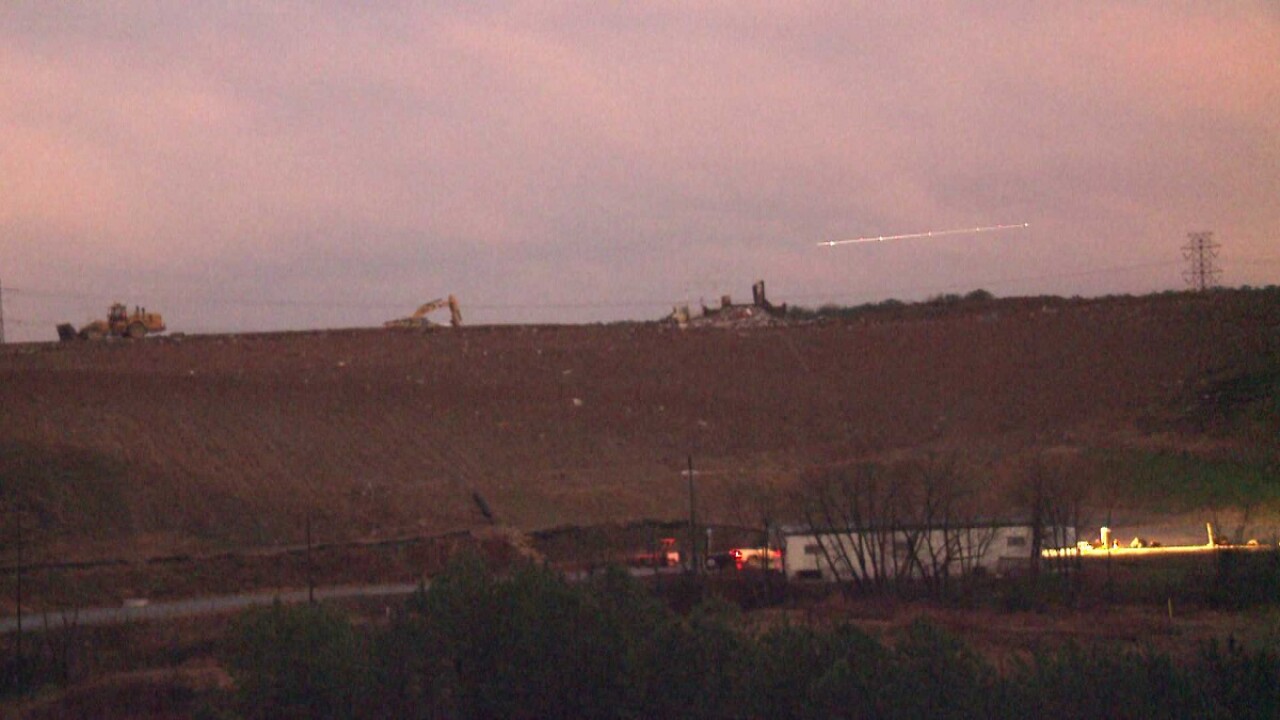 RICHMOND, Va. (WTVR)--According to the National UFO Reporting Center, this week two UFOs were spotted in the grand state of Old Virginny.

One was reported seen on Dec. 7 in Northern Virginia, and one on Dec. 10 in Yorktown.

CBS 6 cameras were rolling when something streaked through the sky on Dec. 9 near the East End Henrico landfill. Several viewers spotted light in the background and asked us to ”explain the UFO that streaked across the sky during your landfill piece on the 11:00 newscast tonight."

Does coal ash attract extraterrestrial lifeforms? Was it Rudolph’s nose shining through the night as Santa took the sleigh for a test ride? Was it a promotional for the Man of Steel DVD release?

If you clicked the video above, you can see that the streak is quite defined, and we also found it in another clip.

Streak of light at East End landfill in Henrico. Captured Dec. 9 by a civilian.

We checked to see if there were any meteor showers that night and the Geminid showers don’t start until today. The full shower lasts from Dec. 12-16.

We couldn’t get through to anyone at NORAD and everyone at the north pole was busy. Zach Snyder didn’t directly answer our Superman question but we all know Wonder Woman is the vogue focus this week. Human Resources at the Richmond Times-Dispatch could not confirm if they recently hired a Clark Kent.

So we finally contacted the head of photography at CBS 6, Tim Hawkins. He was recording that night at dusk.

Turns out we can identify our flying object as a plane captured while using a show shutter speed.

See, the truth IS out there.