RICHMOND, Va. – Local food banks are struggling to fill the needs of more than 1,000 Richmonders whose food stamp benefits have been reduced since last month.

Stacey Jones, who runs the nonprofit organization Mercy Mall with locations in Chesterfield, Chester and Henrico, said she first heard about the cuts when a family told her that its food benefits had been reduced by $50.

“I thought, ‘Wow, that’s just an isolated event,’” Jones said, “But more and more people were coming in claiming the same thing and we have been slammed packed.” 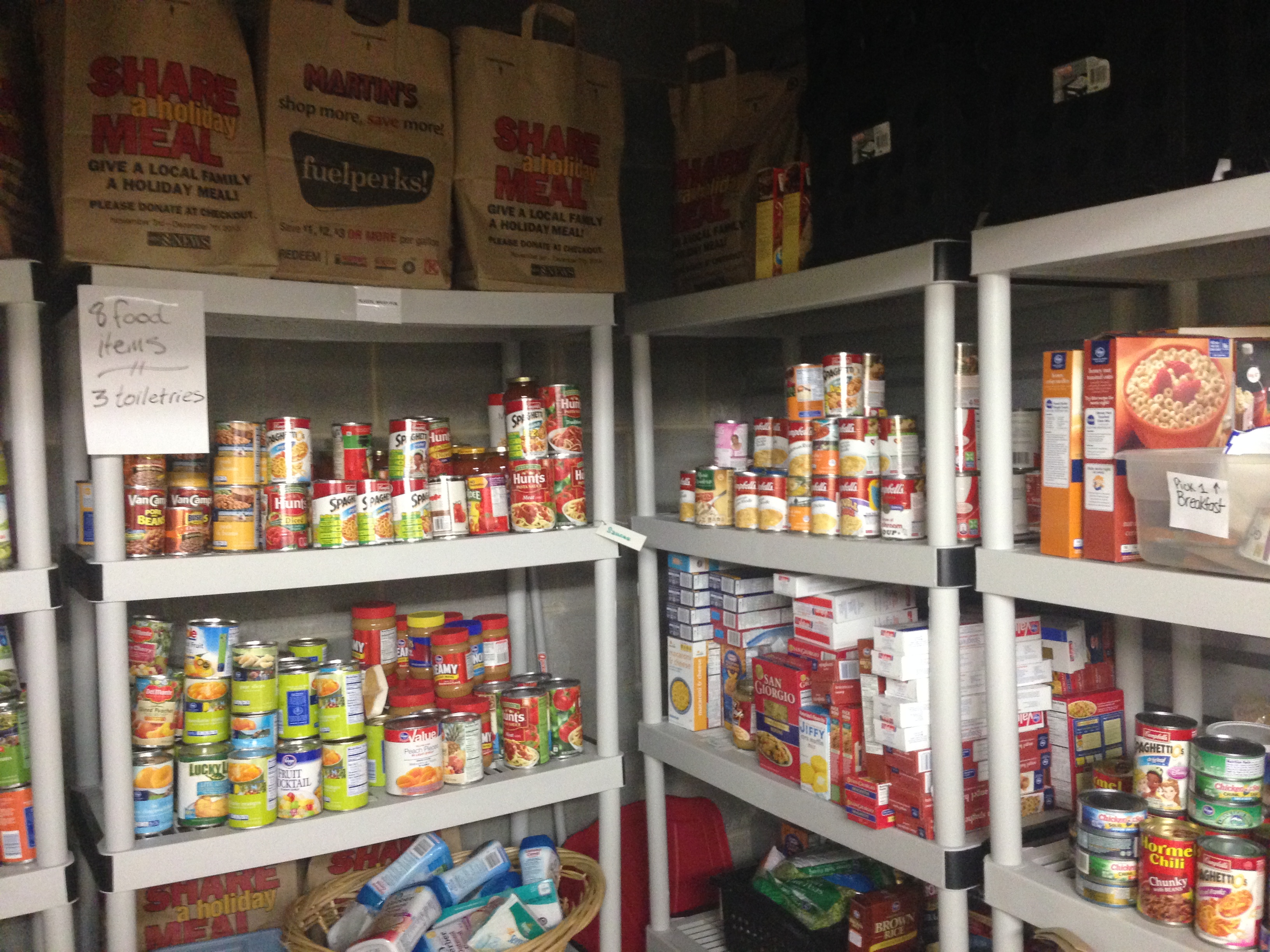 Participants in the Supplemental Nutrition Assistance Program (SNAP), formerly known as the Food Stamp Program, are seeing the decrease in their benefits due to the expiration of extra benefits that were provided through the stimulus package of the American Recovery and Reinvestment Act. According to the Virginia Department of Social Services, SNAP benefit reductions, which took effect on Nov. 1, vary based on income, household size and expenses.

With the help of volunteers, Mercy Mall gives out free nonperishable food as well as clothes and household items to those in need. Jones said the charity is struggling to keep up with the growing need due to the SNAP cuts.

“We did not know anything was getting ready to happen, so we did not prepare for it. We’re really just having to be reactive,” Jones said. “At this point now, we’re going to help as many people as we have, but we have started a waiting list. It’s growing every single day.”

A visitor at Mercy Mall, who asked to remain anonymous, said her food stamp benefits had been reduced by $35.

“I know a lot of people say, ‘Oh, you’re on food stamps. You’re getting so much,’ but you’re not getting so much because the price in the grocery stores are all so high,” she said.

“Thank God for the food banks and stuff like that and Mercy Mall where you can come and get food to last you until you get your food stamps back,” she added.

Misi Rose, who works as one of the volunteers at Mercy Mall, said that they’re doing all they can to help those who have been impacted by the cuts, but added that “we’re desperate for sponsors and people to help us.”

“It’s going to continue to get tough, especially for families that are larger than 4 or 5,” Rose said, “We can fill some of that need here, but we don’t have a large amount of food. So we’re just trying to fill that gap.”

As food needs increase during the holiday season, Jones said it is difficult to turn people away. “It really breaks my heart to see so many needs come in and not be able to help those people and turn them away, because I feel like we at Mercy Mall are the last resort,” Jones said.

Jones said that Mercy Mall is looking into offering a workshop for SNAP participants to teach them how to better budget their remaining SNAP dollars.

Jeff Baldwin, the media and public relations manager at Feedmore in Richmond, also said that food banks all across the country are struggling because of the increased need.

Baldwin said that Feedmore, as well as other food banks, will be depending largely on public support to meet the growing need. He added that they are only just beginning to see the effects of the SNAP benefits reduction.

Baldwin referred to a Feedmore client that he had spoken to recently whose SNAP benefits had been reduced by $15.

“$15 for him is a big deal,” Baldwin said. “You know, for him it means the difference between being able to buy fresh produce or not buying fresh produce.”

Baldwin said that as the SNAP reductions continue to decrease options for many recipients, it will lead to poor nutritional choices.

“That’s another big concern we have with SNAP cuts is that those options just aren’t there anymore for clients,” Baldwin said. “These are clients who typically are fixed income. We call them the working poor. They live paycheck to paycheck, so any little bump in the economy, good or bad, they feel it right away.

“We’re going to continue to keep our shelves stocked. We know the community is going to support us in this holiday season like they always have. We hope they can dig a little deeper, so we can serve the needs as they do increase,” Baldwin added.

By Whitney Torres (Special to WTVR.com)