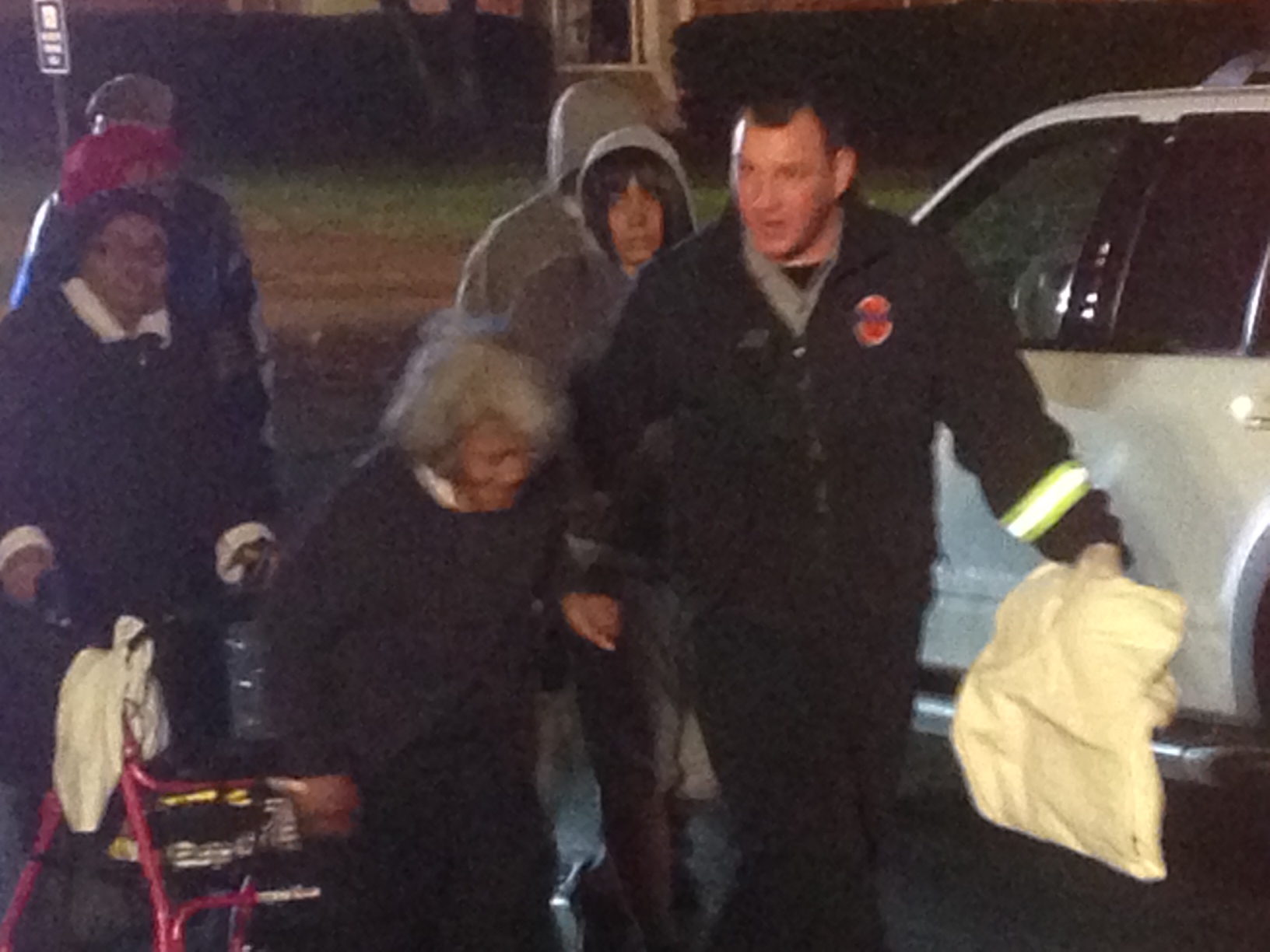 RICHMOND, Va. (WTVR)–Escorting the elderly out of danger, firefighters searched the second floor of the Charnwood Forest Senior Apartments Monday after a fire broke out in the early evening in the 4300 block of Crutchfield Street

“I opened the door and smoke was everywhere,” David Spellman said, who says he left so quickly, he forgot his dentures.  But he did want to make sure everyone knew what was going on.

“I went to knock on peoples doors.  Some got out, but some wouldn’t open the door,” he said.

“Multiple residents lived at each level,” said Lt. Bobby Hagaman. “It's a high-occupancy building. Anytime you have something like this, your first concern is the safety of those inside."

So far the investigation is focusing on a second floor room, possibly an activities area for tenants.  "We went into search mode and found the fire on the 2nd floor but we have no idea what started it," said Hagaman.

Spellman says he may know, suggesting Christmas decorations may be to blame.  "It was a Christmas tree," he said.

Firefighters haven't confirmed that, but say they are looking into it.

In the meantime, the nearly 100 seniors that live at Charnwood were evacuated and loaded onto nearby buses to keep warm.

"We requested two GRTC buses to get them out of the weather and we've also reached out to the Red Cross," said Hagaman.