HANOVER COUNTY, Va. (WTVR) -- A rescue dog is being hailed a hero after alerting a family to an early morning house fire in Ashland.

Tina Sharpe's sister owns Sammie, the pit bull. She said the dog typically sleeps through the night, but that wasn't the case Sunday morning.

"She started jumping around on me, jumping on and off the bed," said Sharpe, who realized something wasn't right.

"When I got up I couldn't see anything, the entire room filled with smoke," she said.

A fire had started in Tina's mother's house that had six family members inside at the time. Sharpe said it was Sammie who got the entire family up.

"Words can't even explain it. She saved everybody," Sharpe said.

"If it wasn't for the dog, we'd be dead," said Brenda Sharpe, who owns the home.

Battalion Chief Jason Williams told CBS 6 News when firefighters arrived, they spotted heavy flames coming from the back of the home.

Brenda Sharpe said it was the chimney that caught fire. The fireplace was one of the ways she and her family were keeping warm during Sunday's storm.
But now, they're left without a home.

Although they don't know when they'll be able to return home, Brenda and her family are giving thanks for the dog they rescued, who in turn rescued them.

"She is a hero," Tina Sharpe said. 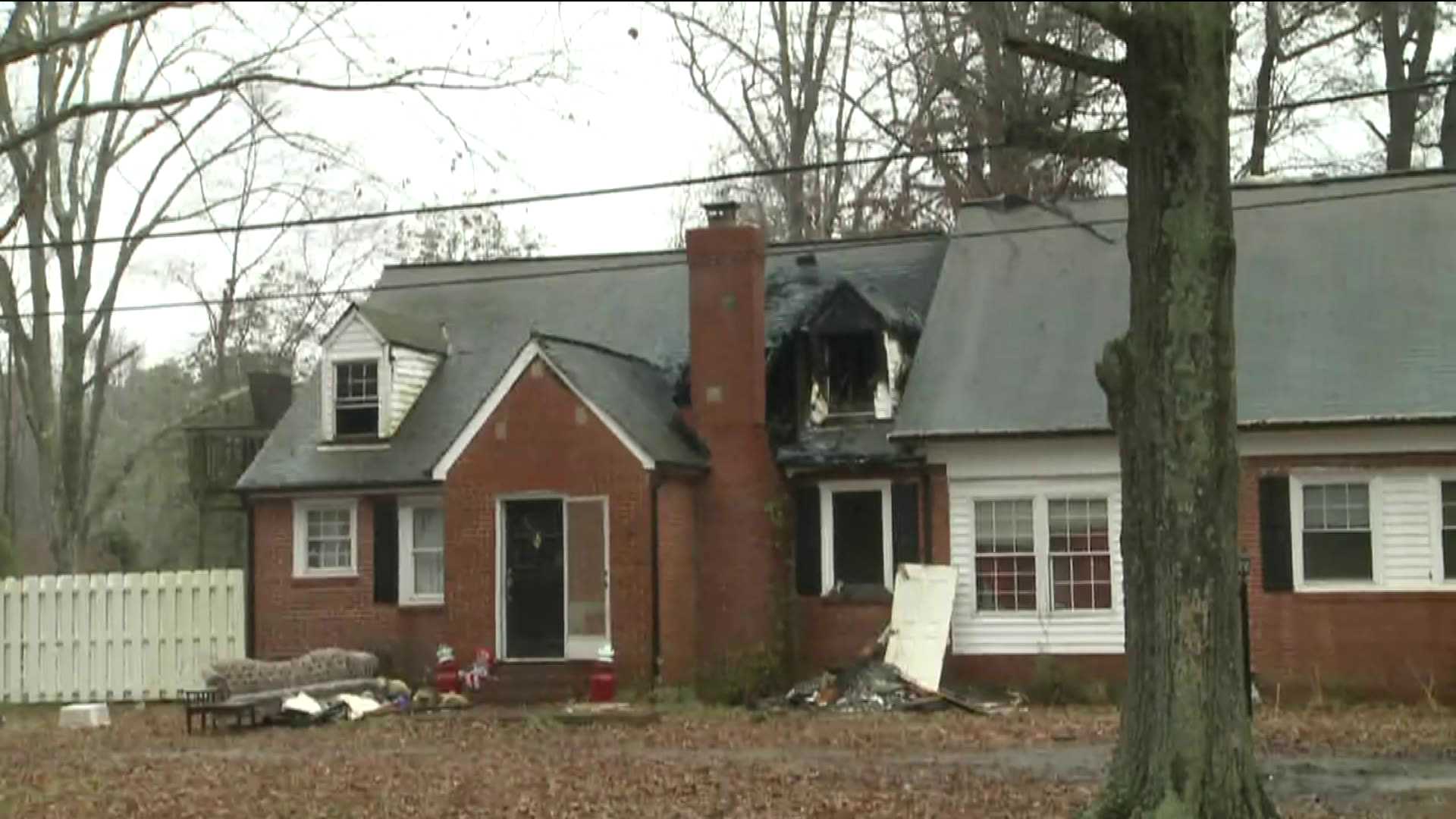