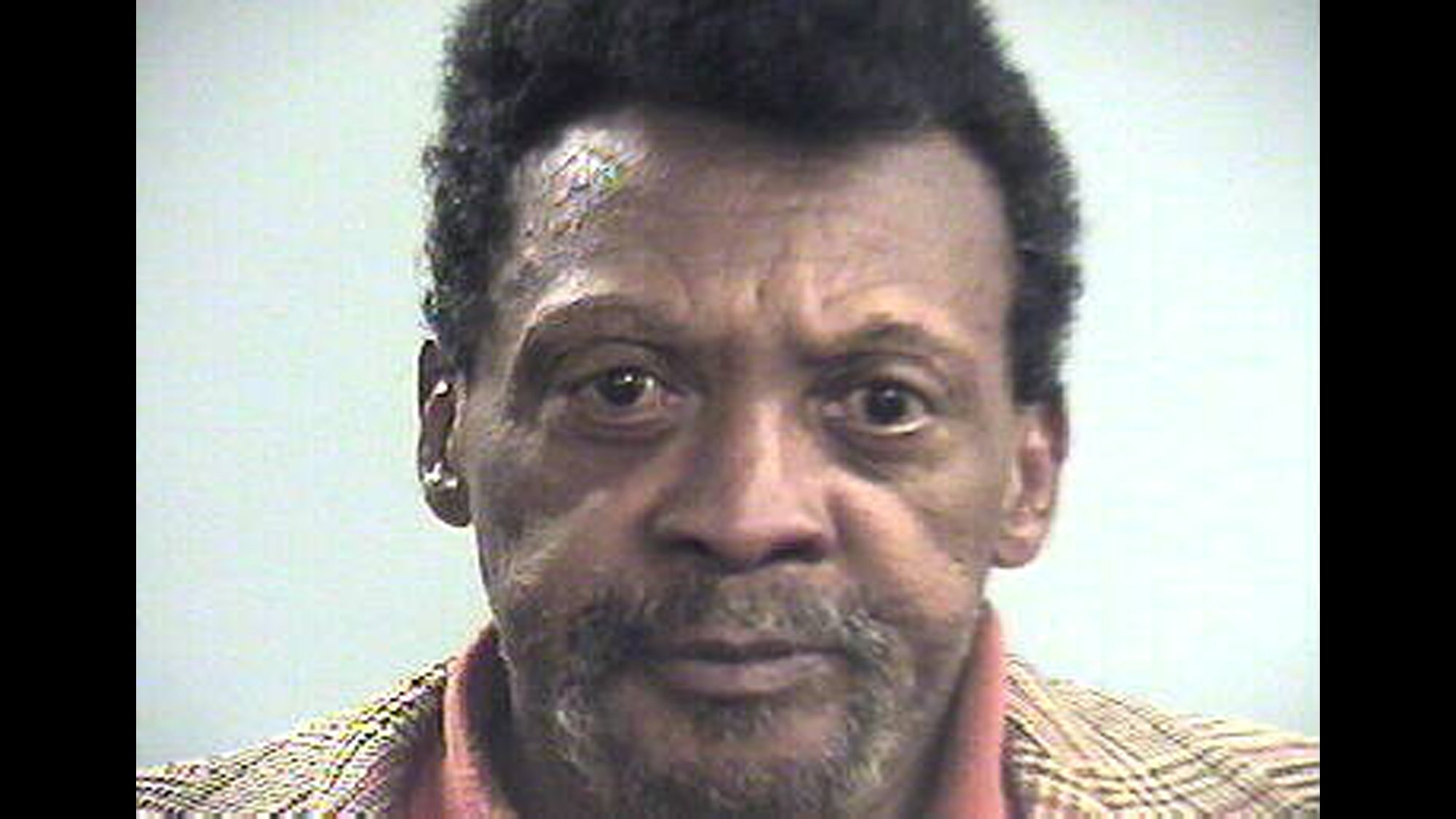 (CNN) — A lot of folks in Lexington, Kentucky, are hoping for a “Christmas miracle” for the city’s, and perhaps the world’s, most-arrested man.

It’s a dubious honor, for sure, but Henry Earl, 64, has become a sort of celebrity, especially among students and police in the city of 300,000. To many, the homeless gent goes by James Brown, after the “Godfather of Soul,” and can often be found singing and shaking his moneymaker for change to buy his next drink.

Hence, the arrests — which have topped 1,500, according to The Smoking Gun, which is owned by CNN’s parent company.

Earl is scheduled to appear in a Fayette County court Thursday for a probation revocation hearing after being arrested for alcohol intoxication last week, landing him in jail for his third Thanksgiving in five years. He also spent his 64th birthday there in October, The Smoking Gun reported.

“There was a period where we couldn’t access his arrests. We think he has likely passed 1,600, but decided to play it safe,” site Editor William Bastone said in an e-mail.

The Smoking Gun has become a sort of de facto repository for Earl’s arrest statistics — the site says he’s logged almost 6,000 collective days in jail, for instance — and in September 2008 corrected a local television station that aired a report stating Earl had been arrested for the 1,000th time.

“We have literally been following Henry Earl’s arrest history (and collecting his mug shots) for more than a decade. We even devoted a page to him in our last book,” Bastone wrote. “We have continued to monitor his arrests and the days he has been incarcerated as a result of those collars.”

Lexington police and Fayette County jail officials say they can’t confirm an exact number because their records go back to only 1992 (Earl began his arrest career in 1970), but Lexington police spokeswoman Sherelle Roberts says Earl has “definitely” been in handcuffs more than 1,000 times.

“It’s a weekly, if not every-two-or-three-days thing,” she said. “He’s never doing bad or illegal things purposely. … He’s just so highly intoxicated that he’s posing a danger to himself.”

Almost all of his arrests have been for alcohol intoxication, though there’s the occasional criminal trespass, Roberts said.

There have even been times when Earl was released from the Fayette County Jail in the evening, only to return by midnight. One anecdote — and there are many — places a fresh-out-of-the-clink Earl in a sandwich shop near the University of Kentucky campus, telling jokes and dancing for change, wrote commenter Douglas Hurt on The Smoking Gun website.

“We walked outside and he said he needed a place to go and looked around like he was looking for someone. Next thing I know is that a cop drives by and Henry says, ‘Welp… here’s my ride’ and grabs someone’s drink and throws it at the cop car,” Hurt wrote.

In the past, when his sentences were shorter, it was common for Earl to rack up dozens of arrests in a year, she said.

“Most people on the streets of Lexington know who he is,” Taylor said.

A local band, the Dangles, even wrote a song about him a few years back. The chorus goes, “So tell Henry Earl I wanna be his girl/He’s the sanest guy in town and he can dance just like James Brown/Unlike the other boys around that made me cry.”

There have been signs that Earl might change his ways. In 2009, he attended an alcohol-recovery program for about five months before falling off the wagon a few days shy of his graduation, said attorney Stephen Gray McFayden, who represented Earl three times in 2008 and 2009.

Earl was en route to getting an apartment and food stamp benefits, so McFayden was particularly disappointed when Earl snapped his spate of sobriety in April 2009.

“He was telling me how sorry he was. He was actually in tears,” the lawyer recalled.

McFayden took up Earl’s case pro bono after deciding that the town dipsomaniac was an easy target for police officers looking for a quick collar.

“He just gets in the car in his handcuffs and rides,” McFayden said of Earl, adding that when Earl gets in front of a judge, “He pleads guilty in five minutes.”

Earl, who began drinking in his teens when his adoptive mother died, may have a “fear of being sober,” McFayden said. Several people have tried to help him, including Fayette County District Court Judge Megan Lake Thornton, who allowed him to go to rehab in 2009 even though the statute calls for 90 days in jail.

“She gave us a lot of leeway to work with Henry. A lot of his successes in the past are due to her giving him chances in the first place,” the attorney said. “Most judges are thoughtful about how wasteful it is to put someone away for 90 days for being drunk.”

Despite that Earl lists no one as next of kin in his booking records — and McFayden said the only family of which he is aware lives in Georgetown, about 13 miles north of Lexington — Earl once declined an offer to relocate to Pittsburgh so he could get away from the elements that draw him back to drinking. He likes Lexington and doesn’t want to leave.

The attorney is holding out hope for a “Christmas miracle,” though: seeing Earl kick the booze habit for good.

He’s not the only one.

Ginny Ramsey, co-founder of Lexington’s Catholic Action Center, said she considers the “very pleasant” Earl a friend. He occasionally drops by the center for a bed or a bite to eat, but he’s “pretty independent,” she said.

“You can’t help but love him, I tell you. … He’s as honest as the day is long,” she said. “With Henry Earl, you’re going to hear the truth.”

She said Wednesday that she might give Thornton a call and offer to house him at the all-volunteer nonprofit center, where putting a roof over his head will cost $2.50 a night rather than the $80 a day the jail costs taxpayers.

But, she concedes, “until someone is sick and tired of being sick and tired, it’s not going to work.” The center’s staff was “within an inch” of getting him on the right path last year, but Earl told her, with a trademark smile on his face, “I’m not ready,” she said.

“I don’t think it’s going to take many more winters, and this one may be the one,” Ramsey said. “There’s never going to be a time when I’m not going to find something, even if it’s one of our couches, for Henry Earl.”