According to Battalion Chief Steve Bowling, with Petersburg Fire department, crews responded to the call around 10 a.m. When they arrived, heavy fire and smoke could be seen exiting the first floor of the building.

"When we arrived, we had heavy fire in the downstairs apartment," Bowling said.  "The fire had extended through two windows, one in the front and the rear of the structure."  Bowling added that the fire extended to the exterior of the building, all the way up to the roof line.

Four engines, one truck, one ambulance and Chesterfield fire crews were called to help fight the fire.

Crews were able to contain the fire before it reached the attic.

Fire investigators told CBS 6 the fire was caused by a shorted power strip.

Four people have been transported to the hospital, including one of the persons in the apartment that caught fire.   Two people suffered smoke inhalation.  No life threatening injures were reported.  The Red Cross was called to help those who were injured.

Six apartments have been affected by the incident.

Also, the apartment complex is working to find another apartment to help the family that lost everything in the fire. 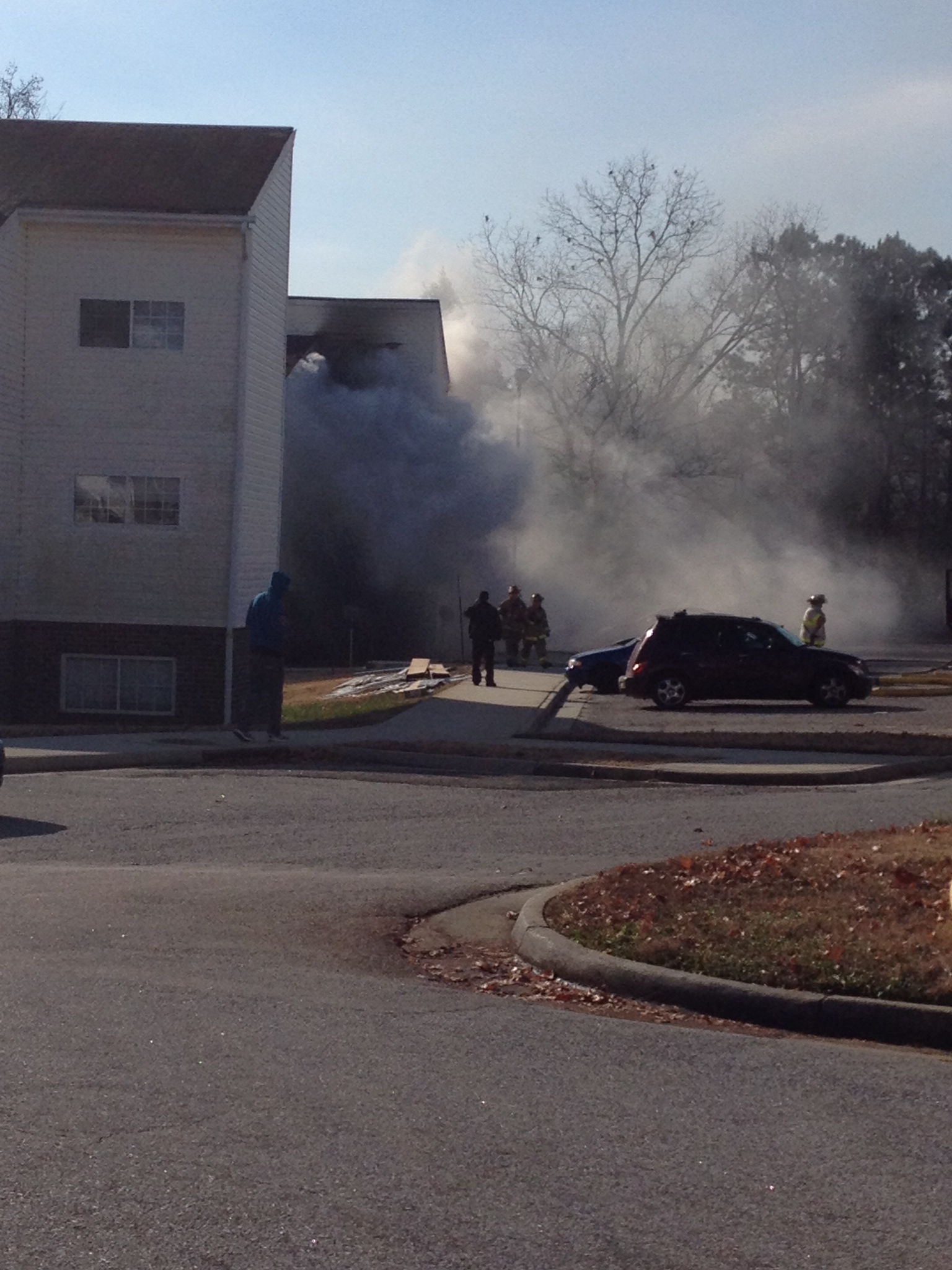