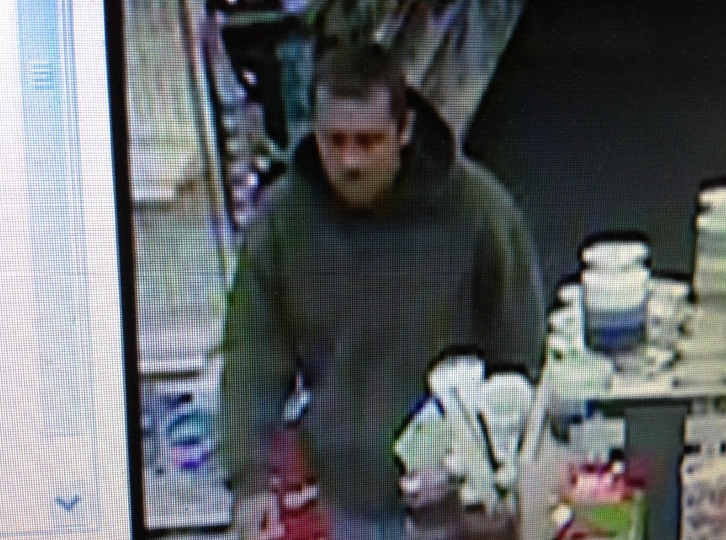 ASHLAND, Va. (WTVR) — Ashland police are searching for a man who robbed a drug store at gunpoint Sunday afternoon.

Officers were called to the CVS in the 100 block of Junction Drive in Ashland around 1:20 p.m.

Police said a man walked into the store and pulled out a black semi-automatic handgun and demanded an undisclosed amount of money.

The suspect is described as a white male in his 30s around 5 feet 9 inches tall and weighing between 135 to 150 pounds. He he had blonde hair, a mustache and was unshaven. Additionally, he had a sleeve tattoo on his left arm and was wearing a dark green sweatshirt and blue jeans.