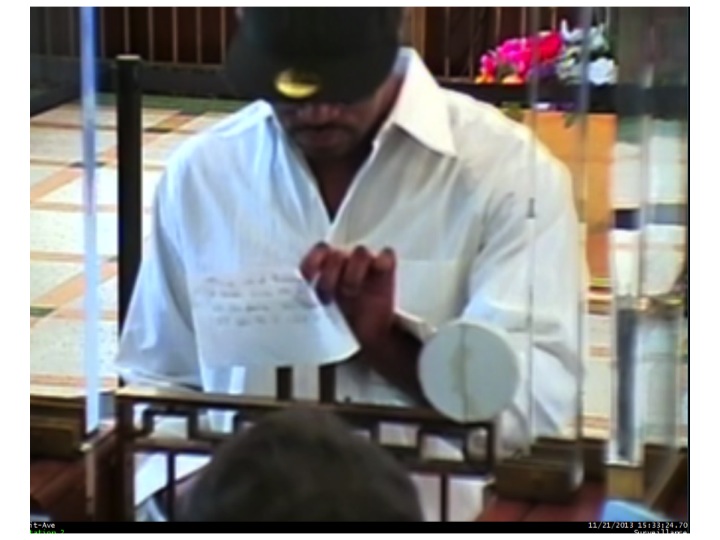 At approximately 3:36 p.m. Thursday, a man walked into the bank and passed the teller a note demanding money, police said. He did not display a handgun. The man left on foot in an unknown direction, according to police.

Police described the suspect as approximately six feet tall and weighing 180 pounds, with a goatee. He was last seen wearing a white shirt, grey sweatpants and a black hat with a gold sticker.

Anyone who has any information about the identity of this man is asked to call Crime Stoppers at 780-1000.