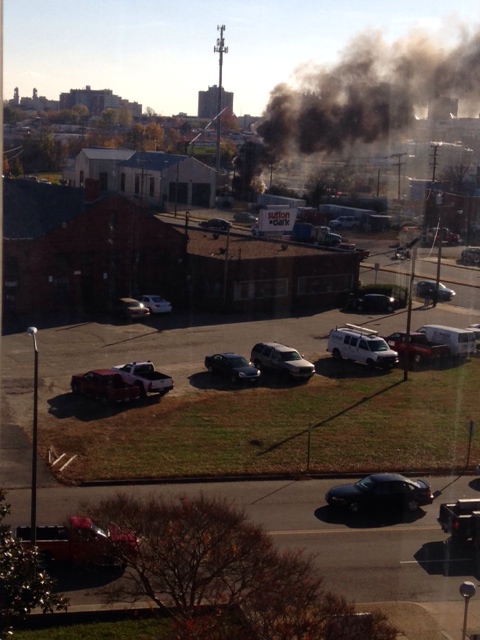 A person who answered the phone at the recycling center at 1200 School St. confirmed the smoke was coming from the facility. She said everyone is okay and business has returned to normal.

When crews arrived at the center, they said they found a “flash fire” in an oil tank that was being demolished for recycling, according to the Richmond Fire Department.

No one was hurt and the fire was marked under control in about 10 minutes.

Black smoke which rose over Interstate 95 and the city of Richmond prompted calls, emails and social media posts questioning where the smoke was coming from.

A CBS 6 viewer used the WTVR mobile app to send in a photo of black smoke coming from a building.