HOLMBERG: Who was ‘Gus’ Deeds?

BATH COUNTY, Va. (WTVR) -- Like virtually all journalists in this town, I know and like Creigh Deeds. He’s one of the most laid-back, regular-Joe kind of politicians who ever walked through the General Assembly, admiring the beautiful artwork that grace the walls every session.

He’s a music lover, and the kind of guy who made a point of saying something warm and positive when my own world was a little upside-down.

I didn’t know his 24-year-old son, Austin Creigh “Gus” Deeds, who police believe attacked his father and then shot himself to death this morning in their Millboro home. My former co-workers at the Times-Dispatch, Mike Martz and Jim Nolan, are reporting that the family had called for help because of Gus’ mental distress on Monday, and he had been evaluated and released. They also reported he had dropped out of William & Mary.

Gus Deeds was very passionate about music, particularly old-time music. He played the banjo left handed. That’s one of the few pictures of himself he posted. He’s also playing in one of his father’s campaign photos.

He was into a wide variety of music, including rock oldies like the Beatles, the Beach Boys, the Byrds and Jim Morrison to country legends like Willie Nelson and Hank Williams, to pop and urban acts like Michael Jackson, Biggie Smalls and Tupac.

He was into the campus group “The Circle,” which provides opportunities for musicians and singers to jam, and the William & Mary Old-Timey Music Club and the Music of Brazil seminar.

He wrote that his activities were homesteading and survivalism, instrument-making, blacksmithing, herbal medicine, wine-making and “worshipping Christ.”

His 2009 arrest for underage drinking was widely publicized during his father’s gubernatorial campaign, but apart from the wine-making reference, alcohol is absent from his Facebook site.

Gus Deeds was also a counselor and instructor at summer camp in Rockbridge County called Nature Camp, the camp’s president of the board of directors told me.

Nature Camp in a non-profit that brings fifth-graders through high-schoolers to the breathtaking George Washington Forest for fun and instruction about science and conservation. Gus worked there last summer.

His favorite movies included “Braveheart,” “The Lord of The Rings” Trilogy, “Dude, Where’s My Car,” “Borat” and “Bruno.” 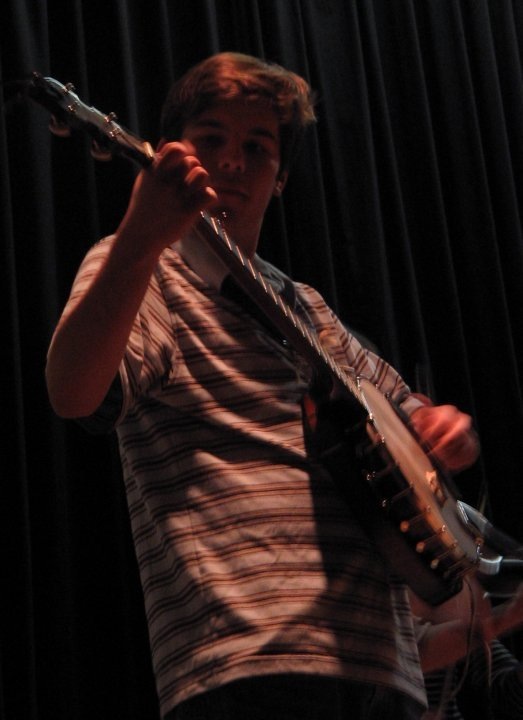 Gus was also into the Bath County Area Swap and Sell, Jack Mason’s Tavern, the Coal River Mountain Watch, Douthat State Park and the Presbyterian Campus Ministry at JMU and Beyond. He also like video games like Morrowind and Tribes Ascend.

Among his favorite books is Stealing Heaven, the story of a coal-mining company’s takeover of a West Virginia town, and Spartina, a novel about a New England man trying to find his way through his boat.

Gus Deeds wrote that his interests were solitude, God and women.

There are no mentions of the demons he faced.

Gus wrote that he spoke Arabic and Spanish (one of his posts was in Spanish) and didn’t appear to have his father’s passion for politics. His political views:  “Too busy with love to care.”

Gus had been a student at the College of William & Mary in Williamsburg.

“William & Mary is very saddened to hear this tragic news. Gus Deeds was a member of the William & Mary community. He had been enrolled as a student at William & Mary since 2007, though not continuously. He withdrew from the College last month and was not currently enrolled at the time of his death. Our hearts go out to the entire Deeds family,” William & Mary Associate Vice President Communications and University Relations Brian Whitson wrote in a statement.