Where are the acorns? Forestry officials concerned 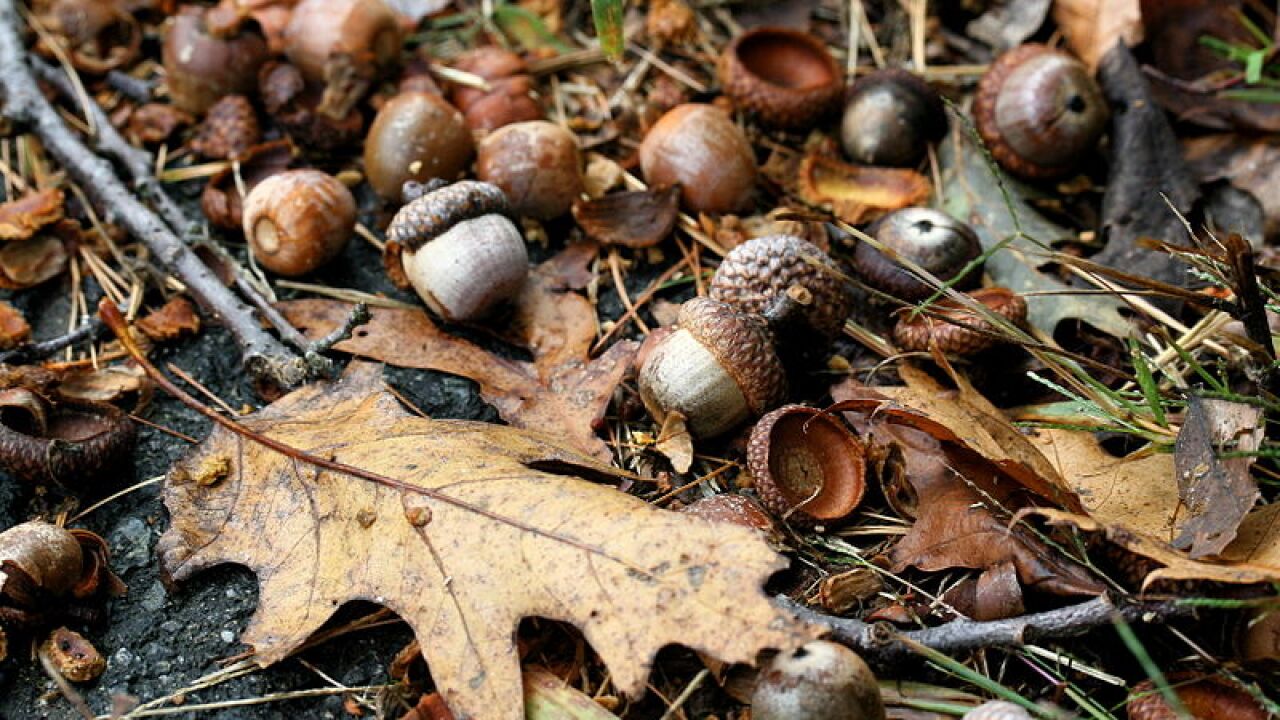 RICHMOND, Va. (WTVR) – Have you noticed a lack of acorns on the ground this autumn? State forestry officials have — and it has some concerned.

“Acorn production in Virginia in 2013 was low – comparable to the previous low in 2008. The white oak crop appeared to uniformly fail across the state,” according to Virginia Department of Forestry official Gary Norman. “The impacts of acorns on wildlife populations are extensive and complex. And they are most dramatic where there is little diversity of habitat types and few alternative food sources to acorns.”

That means this year’s light acorn crop might force animals like white-tailed deer, black bear and wild turkey into neighborhoods in search of food. Those animals rely on acorns for fat, soluble carbohydrates and energy.

So what is causing this year’s acorn shortage? Forestry officials have a theory.

“While it is impossible to pinpoint one specific cause that would explain the acorn crop for an entire region in a given year, there are many factors – such as weather, insects and disease – that collectively influence acorn development from the time of flower initiation to acorn maturity,” the Department of Forestry wrote.

One cause could be nature’s cycles. Research shows following bumper crops, like 2012, lighter crops allow trees to restore their natural resources.

“In other words, a large crop one year may reduce the trees’ resources resulting in lower production the following year(s). Since 2012 was a bumper crop of acorns for much of Virginia, this could be another explanation for this year’s light crop. The overall consensus seems to be that there are inherent cycles of reproduction that are modified by the impact of weather conditions in a particular location,”  Virginia Department of Forestry Research Program Manager Jerre Creighton said.

The department said the emergence of cicadas this year likely had no impact on acorns.

“I don’t think they have anything to do with it,” VDOF Forest Health Program Manager Dr. Chris Asaro said. “The mast failure seems to be a lot more widespread across the state, including areas that saw no cicadas. Plus, cicada activity was pretty spotty even in the outbreak areas, yet mast failures still seem to be occurring just about everywhere.”

Have you noticed less acorns this year? Click here to email us your observations or click here to leave them on the WTVR CBS 6 Facebook page.