(CNN) – The Batmobile is full of amazing gadgets. On Friday, it was outfitted with its best yet: A booster seat.

How else is Gotham’s bravest superhero supposed to get around town?

Five-year-old Miles Scott hopped into the ultimate crime-fighting machine in San Francisco to embark on what just might be — and no, this is not hyperbole — one of the greatest days ever for any little kid. 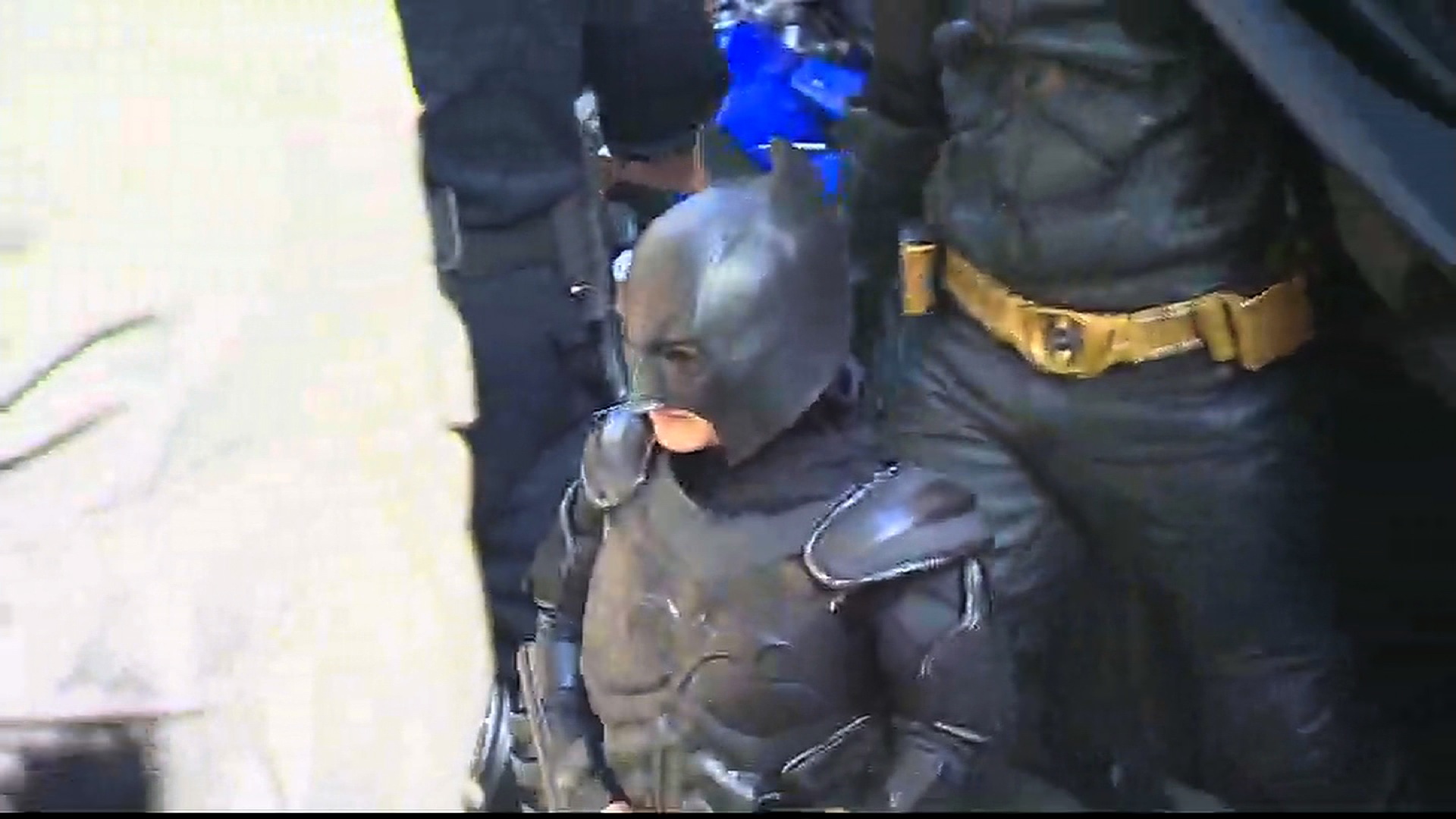 Though maybe it’s the second-greatest for Miles, falling in right behind the day he learned his leukemia was in remission.

The kindergartner was diagnosed with acute lymphoblastic leukemia when he was 20 months old, but after years of exhausting treatment, his family says his last round of chemotherapy was in June. Now, the entire city of San Francisco — and judging by social media, a pretty good chunk of America, too — is celebrating.

The superhero superfan wanted to be Batman, and Make-A-Wish Greater Bay Area — along with more than 12,000 volunteers — made that dream a reality. San Francisco went all out, transforming itself into Gotham City.

Miles’ family arrived in the city from their home near the Oregon border, ostensibly, to get Miles an awesome Batman costume. Of course, that was just the tip of the bat-berg.

The day began with a breaking news bulletin from San Francisco’s police chief pleading for Batman and Batkid to help save his city.

Fully suited up as the most adorably intimidating Batkid the mean streets of San Francisco have ever seen, Miles then zoomed out of the Bat Cave (aka, the Grand Hyatt garage) for an action-packed day which included rescuing a damsel in distress strapped to a bomb, stopping the Riddler (who was robbing a bank) and then — because saving Gotham and stripping the cynicism from America is hard work — having lunch.

Batkid was called back into service after lunch, rescuing the San Francisco Giants’ mascot from the Penguin at the Giants’ AT&T Park. Miles’ fearless acts of bravery were then scheduled to be rewarded at San Francisco’s City Hall with the presentation of a key to the city by a very grateful Mayor Ed Lee.

At each stop on his heroic, police-escorted route, the sidewalks were jammed five- or six-deep with San Franciscans enthusiastically cheering on Batkid — and maybe tearing up a bit, too, at the sight of the 4-foot ultimate-feel-good-story running past.

A more fully involved, grand game of make-believe you have probably never seen.

A bat signal shone on the side of the hotel where Miles and his family were staying.

Twitter and Instagram filled up Friday with messages and photos of support for Batkid, with the hashtag #SFBatKid trending nationwide.

That online attention translated offline as well, with Batkid and a costumed Batman by his side, mobbed by swarms of fans everywhere they went. Along those streets, parents and children in Batman gear held up signs — and many, many cameras — for Miles.

One of those children even dressed up as Robin. That was Miles’ younger brother, who stood alongside his superhero sibling in a heartwarming scene even Bob Kane could never have imagined.

Make-A-Wish described Miles as “a sunny, positive little boy” who “finds his inspiration in super heroes.” On this day, though, he was the superhero and the rest of us were the ones being inspired.