Inside the VMFA’s Hollywood Costume exhibit

RICHMOND, Va. (WTVR.com) – A new exhibit at the Virginia Museum of Fine Arts takes visitors into the fabrics of Hollywood by giving them a behind-the-scenes look at the wardrobes from over a century of cinema. The exhibit Hollywood Costume will make its national debut in Richmond on Saturday.

“We’ve developed a strong relationship with the Victoria and Albert Museum in London who developed the exhibition, so when they began talking about the concept we were very enthusiastic to be a part of a tour,” said Robin Nicholson, deputy director for art & education at the VMFA, who is very pleased that the museum secured the first showing for the exhibit in the U.S. 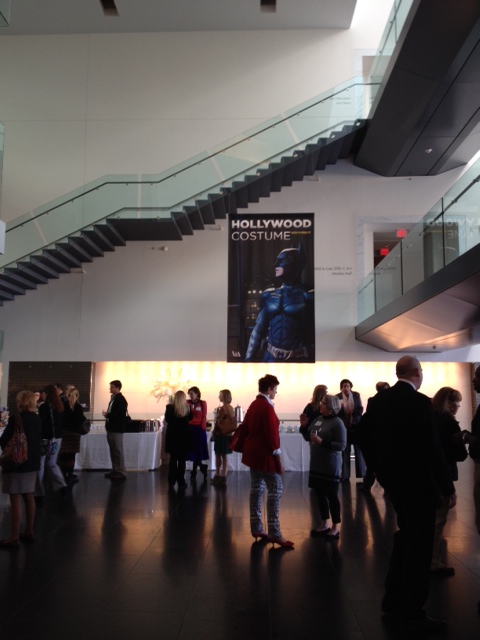 “We’ve welcomed a lot of previous exhibitions so they knew we were a great partner, so that enabled us to ensure that we were both the premiere and the only East Coast venue for the exhibition,” Nicholson said.

The exhibit’s layout is divided into multiple rooms to make viewers feel like they are traveling from one sound stage to another. Within the rooms are a variety of displays intertwined with unique forms of media that highlight the relationships of the costumes and designers with the directors and actors.

Some of the most well known featured costumes are from the golden age of cinema and are strategically placed throughout the exhibit. Marilyn Monroe’s iconic subway dress, Ben-Hur’s robes and Dorothy’s red ruby slippers from The Wizard of Oz are just a few.

“This is one of the only opportunities people will get to see some of the greatest Hollywood costumes ever made, which normally reside in studio archives and private collections,” said Nicholson. “Never before has this scale and quality of costumes been brought to one location, so this is literally a once-in-a-lifetime opportunity.”

Doug Fisher, coordinating curator and director of exhibition design at the VMFA, said that one of his favorite costumes is from the 1944 movie Lady in the Dark, which also happens to be one of the most expensive.

“In 1944 at the height of World War II, this costume cost around $35,000 to make,” said Fisher. “Part of that is due to the fact that there were restrictions on every type of material available, except fur.” The result was a full length mink skirt.

Within the exhibit lies a special focus on actor Robert De Niro and actress Meryl Streep. An entire room is dedicated to costumes from movies like De Niro’s Raging Bull and Taxi Driver as well as Streep’s Iron Lady and Mama Mia!

“De Niro and Streep, probably of all modern actors, are the ones who have the most amazing chameleon-like qualities to change characters, and the story we tell is how costume is an intricate part of that transformation,” said Nicholson.

Hollywood Costume comes with a variety of programs offered to the public. The program 60 Films/60 Days will feature a movie-a-day celebration of standout pieces appearing in film from Nov. 29 through Jan.31. The program Teen Stylin’ gives teenagers from grades 6 through 12 a hands-on opportunity to create their own works of fashion over a period of eight weeks.

VMFA is also already hosting an Instagram contest that asks participants to snap pictures of volunteers dressed as Marilyn Monroe and Austin Powers around Richmond between until Nov. 9. The best photograph will receive a “Hollywood Glam Prize Pack.”

The exhibit will open to the public on Saturday and will run through Feb. 17. For more information about the exhibit, tickets and opening hours, visit the VMFA website.