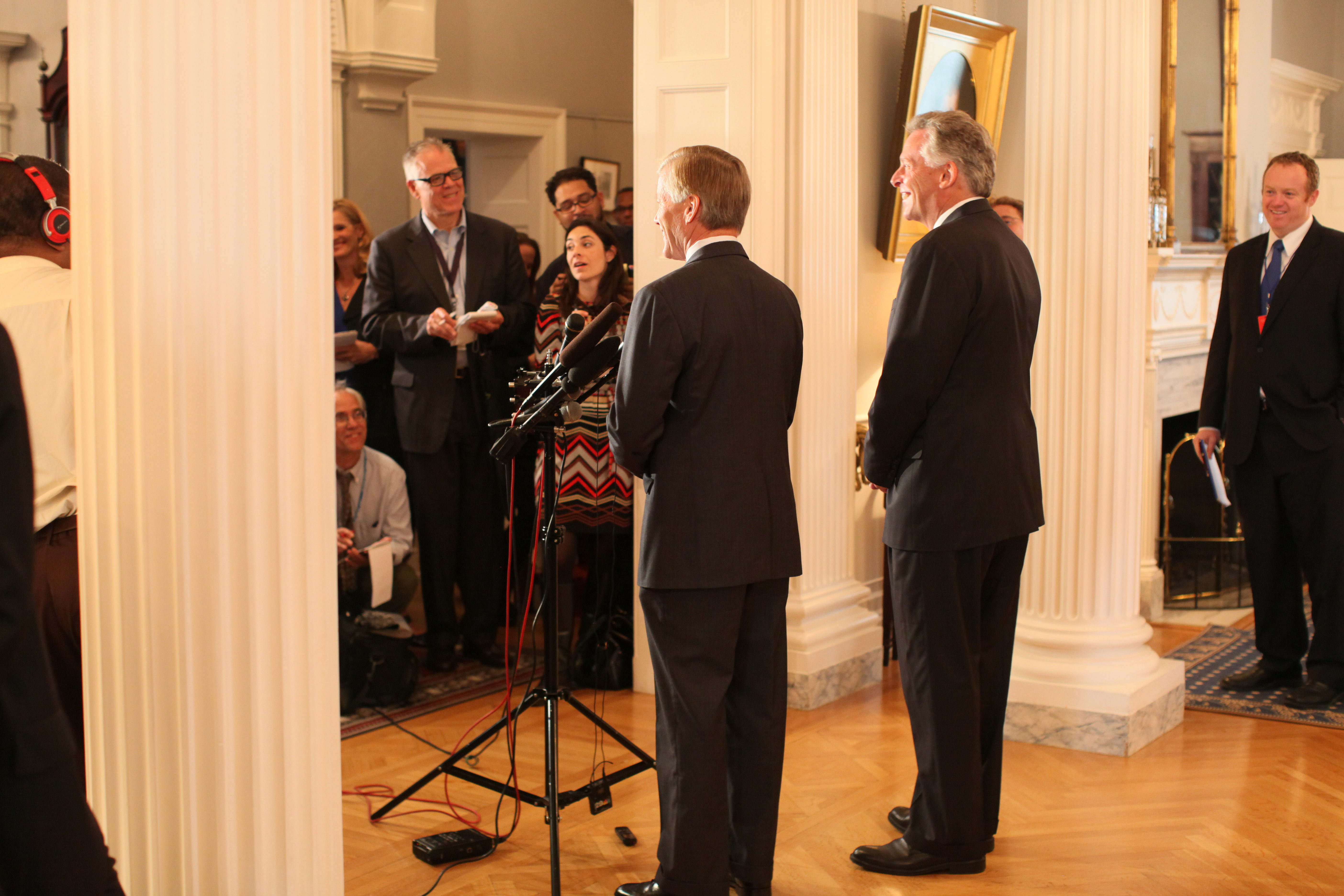 “The governor and governor-elect spoke about issues currently facing state government and about how the current administration could best work with the governor-elect’s team to ensure a smooth and positive transition,” Governor Bob McDonnell Deputy Press Secretary Abigail H. Sigler wrote.