HENRICO COUNTY, Va. (WTVR) - A Henrico man accused of stabbing his girlfriend's dog multiple times with a knife was arraigned on an animal cruelty charge Thursday.

Gordon Atkeison, who was previously charged with assaulting his girlfriend, stabbed her pet pit bull when it stepped between them during a domestic argument on Hodder Ln. early Halloween morning, police said.

The woman, who suffered facial injuries during the assault, took her two-year-old  Brindle pit bull named Chako to the vet after it was stabbed.

The dog, who suffered a dozen stab wounds to his neck and chest, is now doing better and back home with its owner, according to Will Lowery, co-founder of pit bull awareness group Gracie's Guardians.

"We didn't want the dog to suffer and die, so we quickly came together and pulled resources," said Lowery. "We wanted to do whatever we could possibly do to make sure this dog had a happy ending."

Atkeison, whose trial date was set for Dec. 9, was also charged with drug possession last May in Henrico.  CBS 6 News also learned that he has two previous assault and battery charges in King William County and a breaking and entering charge in Hanover County. 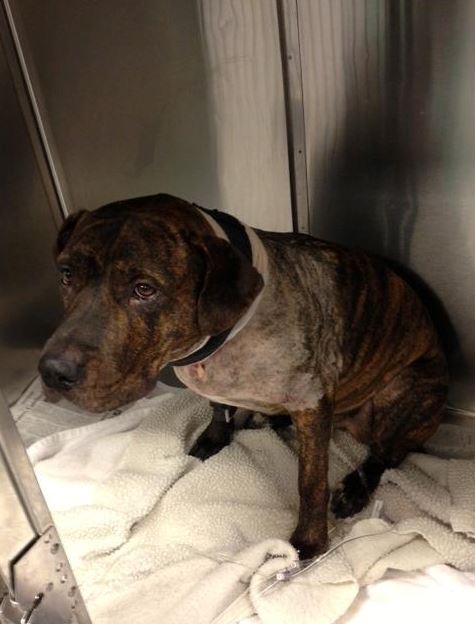