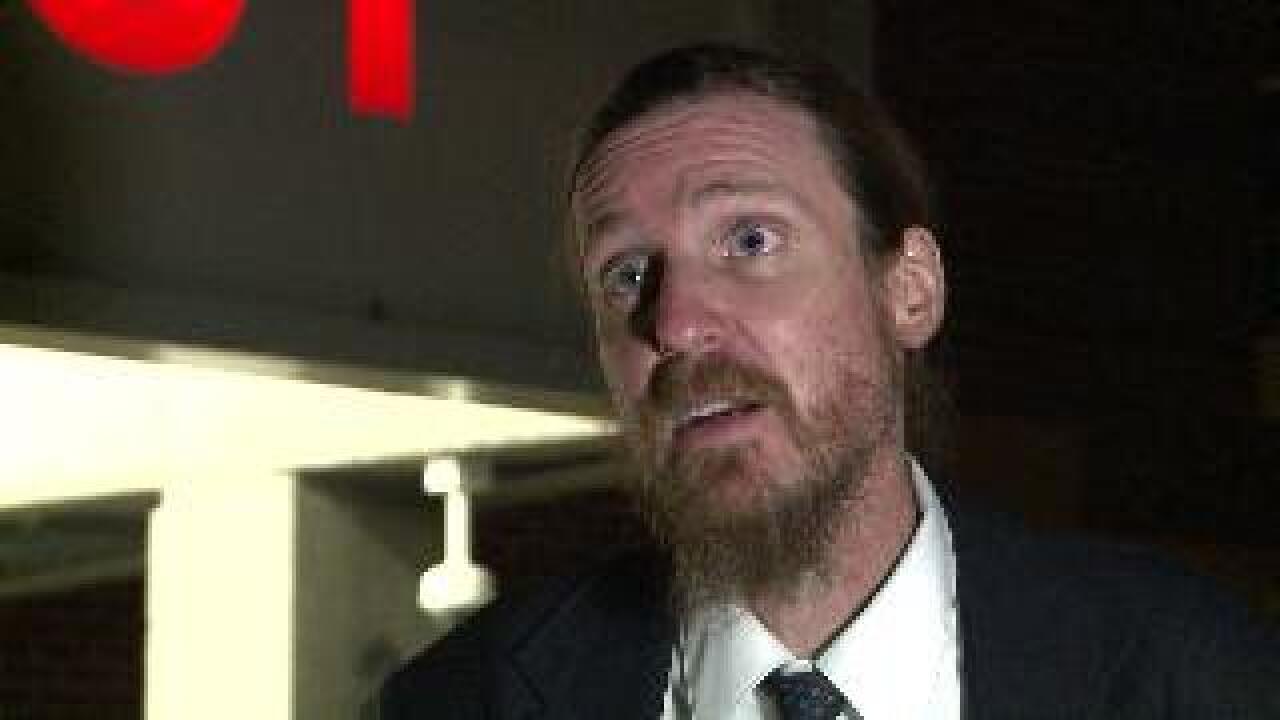 RICHMOND, Va. (WTVR) -- Offbeat is a fair word to describe failed Richmond sheriff’s candidate Chris Dorsey who, despite limited funding, managed to draw about 10 percent of the vote.

Problematic is another word used by some of the young Occupy Richmond folks who got tired of “the Chris Dorsey show” during Richmond’s Occupy movement.

Dorsey, a pistol-packing Chesterfield native who has lived in the city most of his adult life, has videotaped confrontations with Secret Service agents, city council members, deputies and much higher ranking officers.

Dorsey considers himself a strict Constitutionalist and says “we do have a government that is 100 percent corrupt . . . They belong in jail. They don’t belong serving the people.” He calls the sitting sheriff a “criminal” whose misdeeds (Dorsey claims nepotism and unsafe jail conditions) are “costing the taxpayers millions.”

C.T. Woody, a former legendary Richmond homicide detective and the successful – by a large margin – incumbent sheriff, doesn’t mince words when it comes to Dorsey:

What’s Chris Dorsey about? Is he some kind of freak – a menace - or a truth teller?

Watch our video and decide for yourself. (As you watch, remember, he attracted 10 percent of the votes.)

But don’t think he’s going away. He said he may be setting his sights on the mayor’s race. He says that office, too, desperately needs a democratic cleansing.

Mayor “Dwight Jones has very few things that come naturally to him,” Dorsey says. “But corruption is certainly one of those things.”

So it goes with Chris Dorsey, who regrets losing the race – in part – because he won’t get to slam the city jail doors on some of Richmond’s politicians.