RICHMOND, Va. (WTVR.com) – The residents of Richmond’s Mosby Court public housing complex got the chance to cast their ballots in the gubernatorial election on Tuesday as many of them took advantage of a free shuttle service to their polling station.

Students from the ASPiRE program went door to door on Tuesday morning with informational flyers to let the residents know that they could catch a free ride to and from the polls in a van. The shuttle service began around 9 a.m. and was schedule to continue until 3 p.m. Running back and forth every 30 minutes, residents were able to show up at anytime and were met by the van when it got back from the polls. 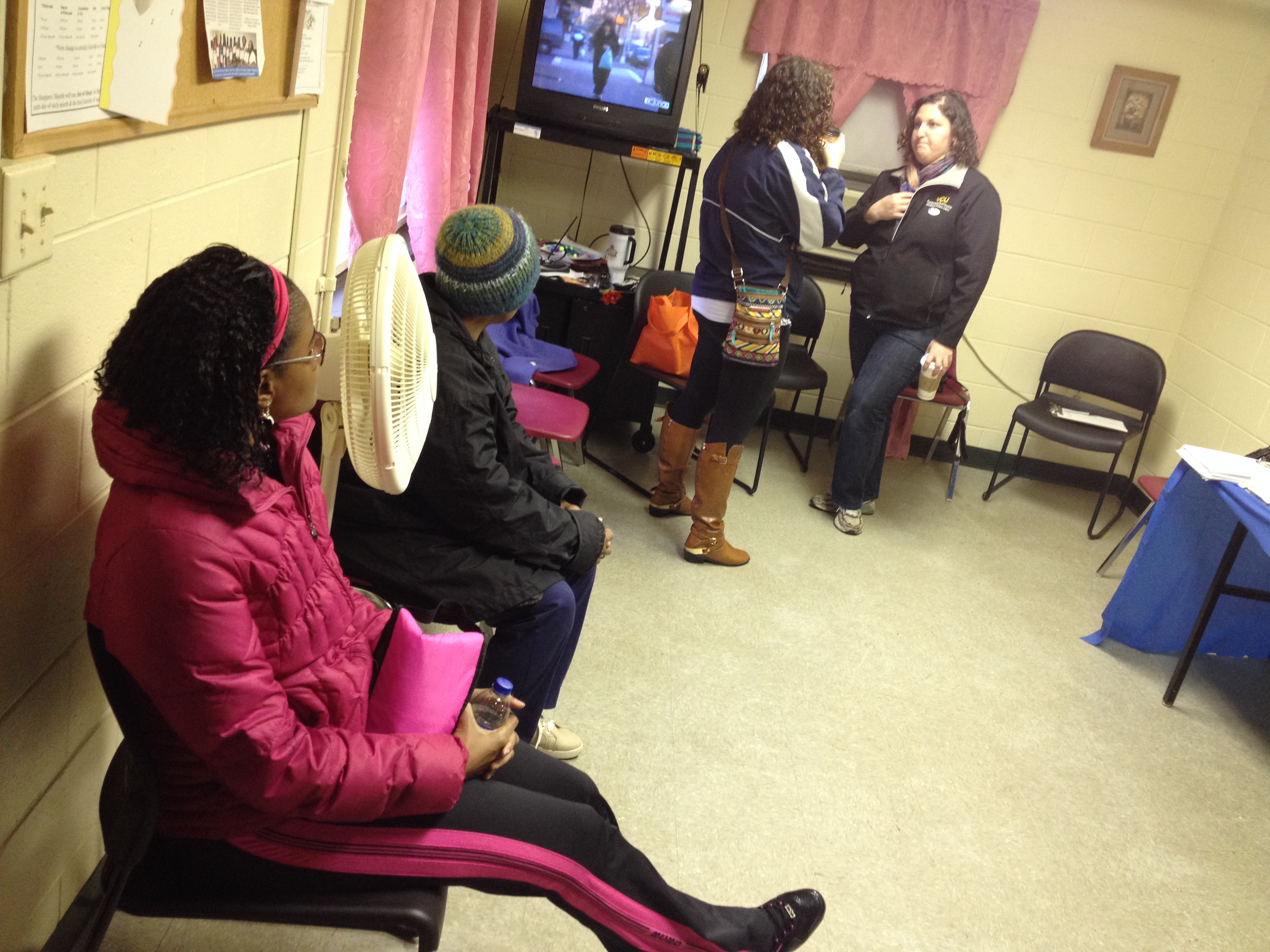 Mosby Court resident Chantel Greene said that she is voting because she wants her voice to be heard.
“We are the people, so we need to be heard and we need to get out there so we can get a good working team in the office that’s going to work through and make positive changes,” said Greene.

Resident Mary Davis said that she is not a partisan voter and that she makes up her own mind, sometimes even when she arrives at her polling place. “I’m kind of independent, but I have voted Democrat and I have voted Republican in the past. So I make up my own mind,” said Davis. She added that she does not like what she sees going on in state government and noted that things could be better.

“Frankly I don’t like any of them, because they make plans they say what they’re going to do and they get in and nothing is ever done. Nobody works together. It’s so many problems,” Davis said.

Aquanetta Scott, vice president of the Mosby Court Tenant Council, was optimistic about the voter turnout from Mosby Court on Tuesday. “Hopefully it will be like it was last year. Because normally we do not have over 100 people at our poll. Last year, they blew it up. And that was good,” Scott said.

Correction: A previous version of this story incorrectly stated that the VCU ASPiRE program organized and drove the shuttle. According to the ASPiRE program, its staff and students only went door to door in Mosby Court to advise residents of the shuttle service.