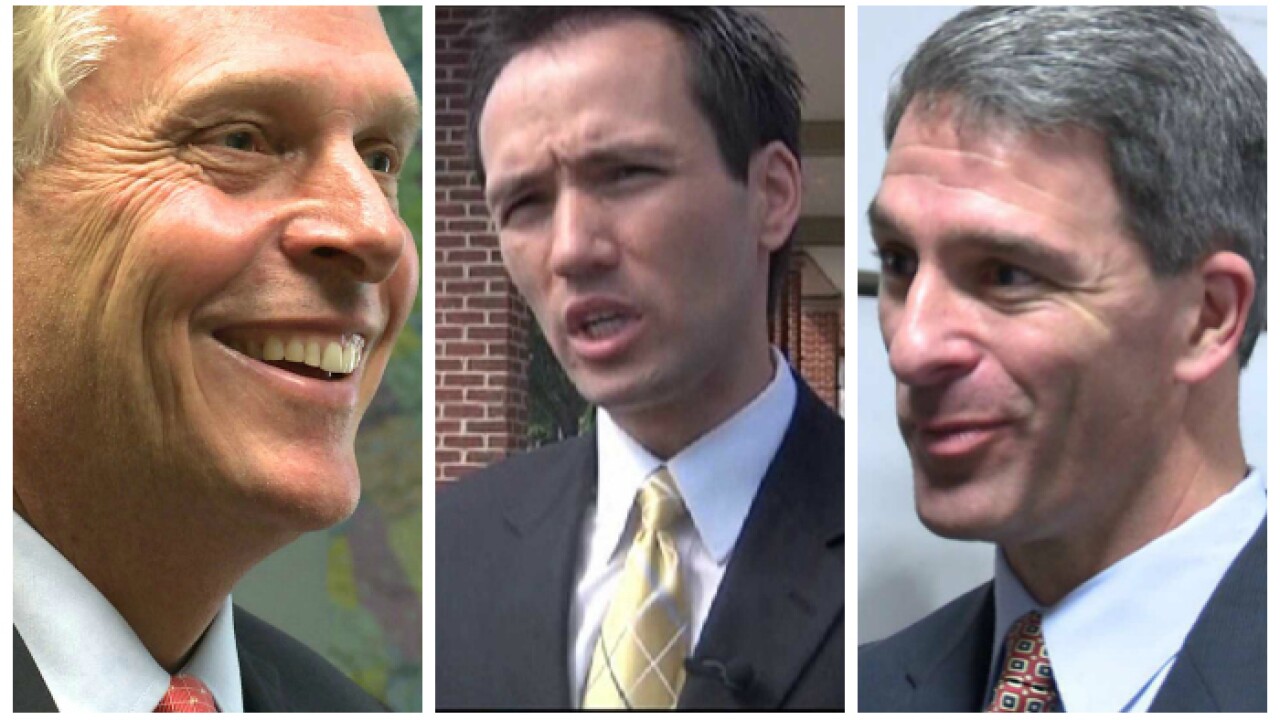 NEWPORT NEWS, Va. (WTVR) – A new poll put Democrat Terry McAuliffe seven points ahead of Republican Ken Cuccinelli in the race for Virginia governor. The Wason Center for Public Policy at Christopher Newport University poll has McAuliffe with a 45 – 38 percent lead over Cuccinelli.

The poll gives Libertarian candidate Robert Sarvis 10 percent of the vote. More than two-thirds of those who said they were voting for Sarvis called their vote a protest vote against the “major-party candidates.”

“Sarvis is particularly shaving the Republican vote: 37 percent of his voters say they would have voted for Cuccinelli if Sarvis were not on the ballot, compared with 17 percent who would have voted for McAuliffe,” Wason Center for Public Policy Director Dr. Quentin Kidd said in a statement. “The Sarvis voters don’t like either Cuccinelli or McAuliffe, but they look like a net loss for Cuccinelli. The fact that Sarvis continues to poll around 10 percent, coupled with the fact that his supporters are becoming as firm in their decision as the McAuliffe and Cuccinelli voters, suggests that he’s not going to fade.”

The poll put Republican Mark Obenshain three points ahead of Democrat Mark Herring in the race for attorney general. Given the poll’s margin of error, the center called the race a statistical tie.

“The Attorney General’s race is the one we’re likely to stay up late for on Election Night,” Kidd said.