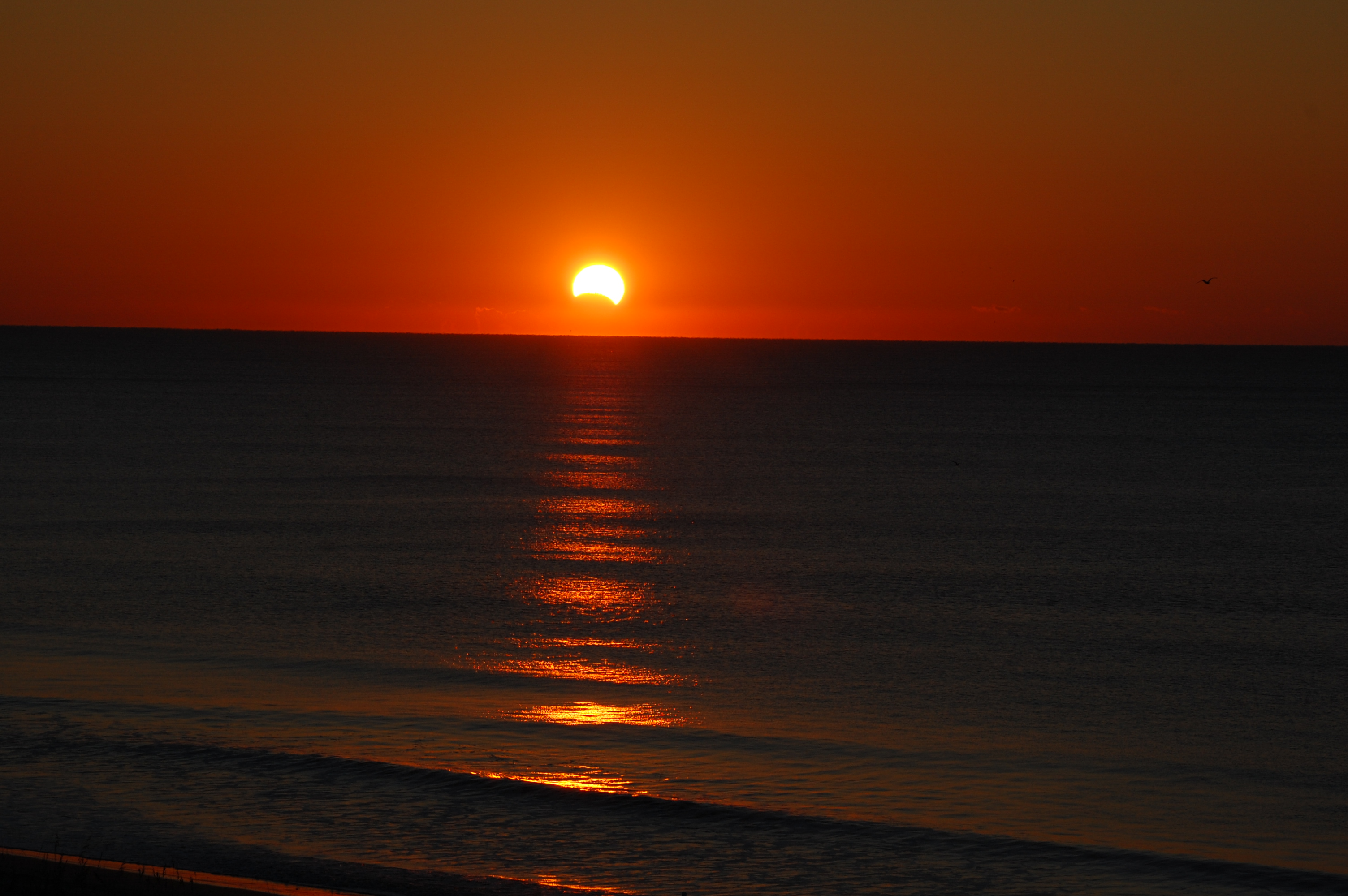 RICHMOND, Va. (WTVR) – Sure, you may enjoy sleeping in an extra hour as Daylight Saving Time ends Sunday at 2 a.m., and our clocks “Fall Back.” But maybe you’ll want to wake up in time to see the sunrise Sunday morning…

A rare Hybrid Solar Eclipse will begin over the East Coast at sunrise, then traverse over the Atlantic Ocean toward Africa. A solar eclipse is when the Moon gets in between Earth and the Sun, thus casting a shadow on Earth as it blocks some of the sunlight. Here’s a NASA animation showing what the Moon’s shadow will look like on Earth:

But what will it look like to you down on Earth? At sunrise (in Richmond, look east around 6:40 a.m. EST), you’ll see a little crescent cut out of the Sun. It will be visible on our eastern horizon until about 7:07 a.m. EST.

Here’s a great illustration for various cities on the eastern seaboard from Eclipse-Maps.com:

But for you space enthusiasts, here’s the technical map showing the different parts of this hybrid eclipse:

The technical explanation of this hybrid solar eclipse from NASA is as follows:

It is one of the rare hybrid or annular/total eclipses in which some sections of the path are annular while other parts are total. The duality comes about when the vertex of the Moon’s umbral shadow pierces Earth’s surface at some locations, but falls short of the planet along other sections of the path. The unusual geometry is due to the curvature of Earth’s surface that brings some geographic locations into the umbra while other positions are more distant and enter the antumbral rather than umbral shadow. In most cases, the central path begins annular, changes to total for the middle portion of the track, and reverts back to annular towards the end of the path. However, November 3 eclipse is even more unique because the central path to begins annular and ends total. Because hybrid eclipses occur near the vertex of the Moon’s umbral/antumbral shadows, the central path is typically quite narrow.

CLICK HERE to see past and upcoming eclipses detailed by NASA.

IMPORTANT NOTE! You should never look directly at the Sun. Our eyes can handle looking at the Sun at sunrise and sunset better than any other time of day because the sun’s rays aren’t as intense as more light is scattered off of the atmosphere…but they can still damage your eyes!  Wear sunglasses with good UV protection. Take frequent breaks from looking at the sunrise Sunday.

Photographers: remember to not look at the Sun through your viewfinder. Set the focus to infinity.