(CNN) — The lawyer for a Roma couple accused of abducting the blond girl found living with them says the pair adopted the child from her biological mother.

In a case that has generated huge interest in Greece, authorities have charged the couple with abducting the child they call “Maria.” They are due in court Monday. 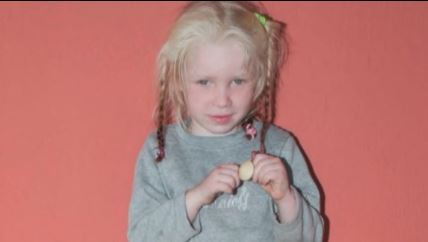 Authorities released photos of the child, possibly 4 or 5 years old, last week and sought public tips on her birth identity.

Kostas Katsavos, the couple’s lawyer, told the Reuters news agency they adopted Maria with the permission of her biological mother.

He conceded that the adoption was “non-legal.” But he said he believes the biological mother will be located soon and will verify the couple’s claims.

“They love her and they took care as their own child,” Katsavos said.

Police say they are suspicious of the records the couple provided for the child and for other children in their care.

Authorities asked questions about Maria because she has fair skin and blond hair while her parents have darker complexions typical of Roma, also known as gypsies, a race descended from Indian nomads who face widespread discrimination in Europe.

Thousands of calls poured into Greece after authorities released photos of the girl last week.

On Monday, authorities will release photos of the two adults, who are charged with abducting a minor and falsifying identity documents, the state-owned Athens-Macedonian News Agency said.

The pair appeared in court Monday, and authorities hope the publicity will reach someone who can provide more information about the suspects.

A spokesman for the charity taking care of Maria said Sunday she is in a group home where “she is doing much better.”

The child was found Thursday in a community of Roma, also known as gypsies, near Larissa in central Greece.

Authorities said the blond child looked nothing like the man and woman with her, and DNA testing confirmed they were not her biological parents.

A police statement said the couple “changed repeatedly their story about how they got the child.”

The government news agency said police found suspicious birth and baptism records as well as family registrations that claimed the woman was mother to 10 children and the man was the father of four more.

Haralambos Dimitriou, head of the local Roma community, told CNN the couple took the girl in because her Bulgarian mother couldn’t keep her. He said Maria was raised like a “normal” child.

Prejudice against the Roma

Prejudice and discrimination against the Roma are widespread in Greece and elsewhere in Europe, Amnesty International says.

Pardalis, the charity spokesman, mentioned such a possibility, saying, “We don’t have any other information if this girl was forced to work or to beg on streets.”

And the government news agency raised “the possibility of the existence of a ring bringing pregnant women to Greece from Bulgaria and then taking their children for sale.” The agency also cited past “reports” that empty coffins were found for infants who supposedly were stillborn to foreign mothers in Athens.