Flesh-eating ‘zombie’ drug ‘kills you from the inside out’ 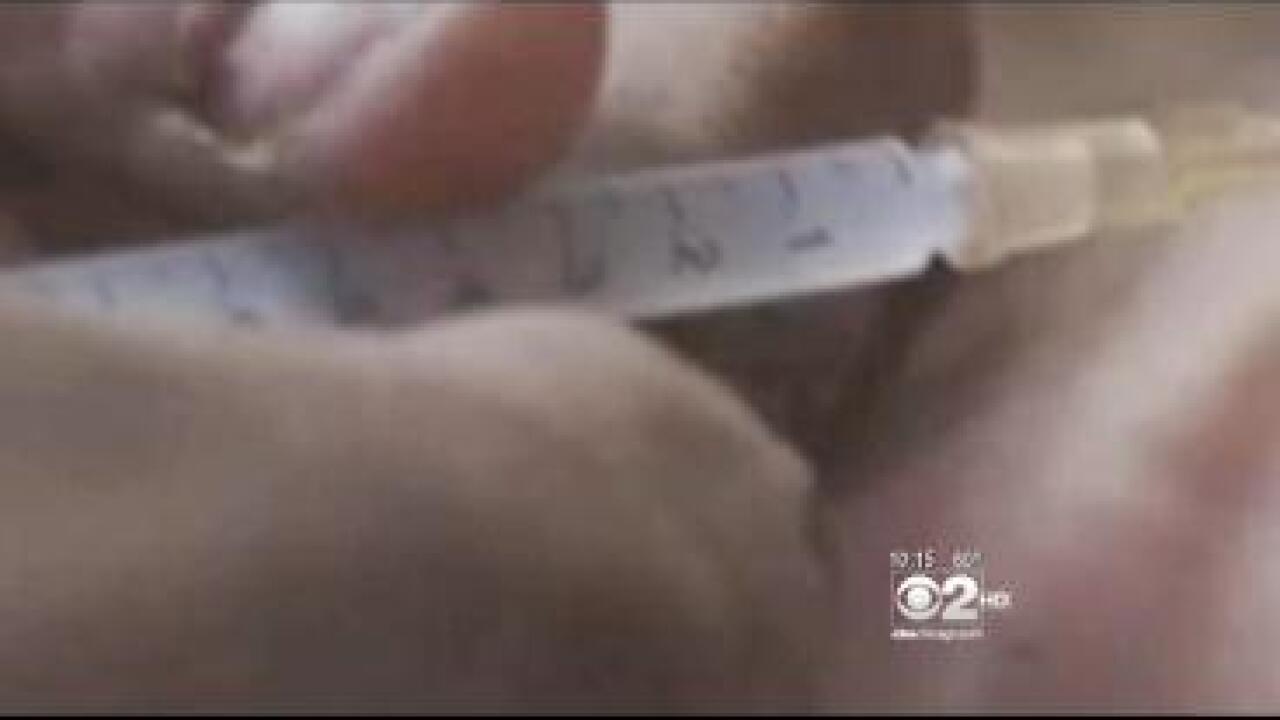 A flesh-eating drug that turns people into zombie-like creatures seems to have made its way to the United States.

This extremely addictive injectable opioid is called krokodil (pronounced like crocodile) or desomorphine. It’s so named in part because users report black or green scaly skin as a side effect.

This weekend five people were hospitalized in the Chicago suburb of Joliet, Illinois, with symptoms similar to cases reported recently in Utah, Arizona and Oklahoma.

Dr. Abhin Singla said he suspects a woman he treated this weekend was suffering from krokodil addiction. Singla is an internist and addiction specialist at Joliet’s Presence St. Joseph Medical Center. The patient lost significant portions of her legs, he said.

“It’s a zombie drug — it literally kills you from the inside out,” Singla said. “If you want way to die, this is a way to die.”

Krokodil causes serious damage to the veins and soft tissue infections, rapidly followed by gangrene and necrosis, according to a 2013 study.

The soft tissue damage happens around the injection site. The drug also seems to clump in the veins as it fails to dissolve completely in the blood. The clumps make their way to distant places in the body and start to damage tissue, said Dr. Robert Geller, medical director of the Georgia Poison Center.

Geller said he hopes the drug “doesn’t show its ugly face” in Georgia but said doctors across the country are aware of the drug.

So far there are no officially confirmed American cases of krokodil abuse. To have official confirmation, the Drug Enforcement Administration would need to have a sample of the drug that caused the problem.

A DEA fact sheet about the drug released this month said the National Forensic Laboratory Information System, the DEA database that collects scientifically verified data on drug items and cases, identified two exhibits submitted to these labs as desomorphine in 2004 but none since then.

“It’s not clear how widely used it is in the U.S.,” Geller said. “Officials in Oklahoma, where it was reportedly seen, say they cannot confirm or deny it.”

KOCO-TV in Oklahoma City spoke with a woman who said her best friend from Duncan, Oklahoma, died after using krokodil last year.

“The doctors say it ate him from the inside out,” Chelle Fancher told the TV station. “It wasn’t until the next day that they told us that it was krokodil.”

There have been many confirmed cases of krokodil abuse in Russia and Ukraine.

An estimated 100,000 in Russia and around 20,000 people in Ukraine are estimated to have injected the drug in 2011, according to a study that ran in the International Journal of Drug Policy this year. Experts theorize the drug first spread across Russia and Ukraine when heroin became less available.

Krokodil is cheaper than heroin and can be easily cooked up in someone’s home much like meth.

People making krokodil combine the painkiller codeine with easily available chemicals. They can use iodine; strong alkalies such as Mr. Muscle, a kitchen and bathroom cleaner; hydrochloric acid; red phosphorous from matches; and/or organic solvents such as gasoline or paint thinner.

Mortality rates are high among users, according to the study.

In Russia, users frequently are young people with relatively short drug histories, the study found. Medical help is often only sought after users are in the late stages of their addiction and end up with severe mutilations, rotting gums, bone infections, decayed structure of the jaw and facial bones, sores and ulcers on the forehead and skull as well as rotting ears, noses and lips and liver and kidney problems.

“This may be an inexpensive high compared to other drugs, according to its reputation, (but it) is more likely to cause withdrawal symptoms and be a real problem for users,” Geller said. “My advice is to would-be users, ‘Don’t.’ This is a risky way to try and get high.”

The short half-life of the drug means a user’s attention is narrowed to the “process of acquiring and preparing and administering the drug, leaving little time for matters other than avoiding withdrawal and chasing (the) high,” according to one medical study, hence its reputation for creating “zombies.”

Binges on the drug reportedly last over several days. During the binge, a user can show irrational behavior and experience sleep deprivation and exhaustion, memory loss and speech problems.

According to the Joliet hospital, the five people brought in who may have used krokodil said they thought they were buying heroin.

“I think it’s the tip of the iceberg; I think it’s going to get a lot worse before it gets better,” said Singla, the addiction specialist. “I think if it stays on the market long enough, you’re going to have people who are desperate addicts that can’t support their heroin habit but can utilize this drug, not really caring about the consequences, and get the same high for a third of the price.”