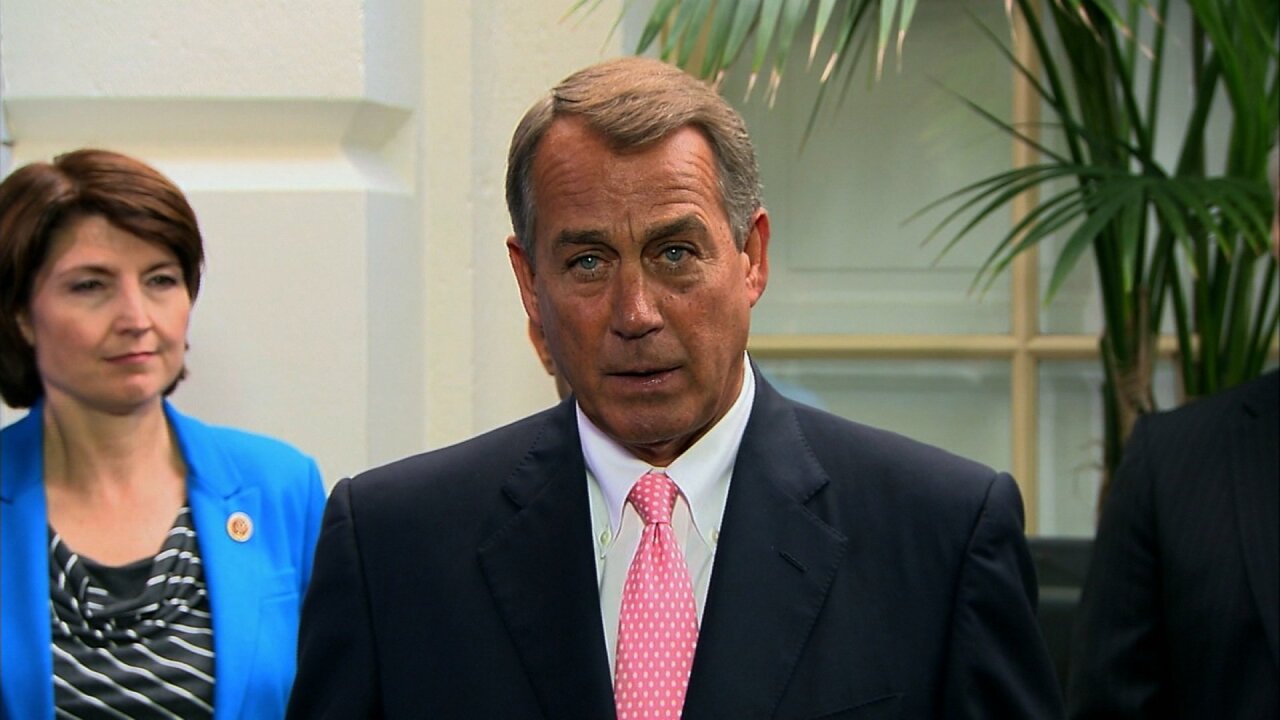 Rep. John Boehner makes impromptu comments on the Hill regarding the government shutdown on Monday, September 30, 2013.

In an interview Tuesday with CNN affiliate WABC-TV, the President said “him negotiating with me isn’t necessarily good for the extreme faction in his caucus. It weakens him, so there have been repeated situations where we have agreements. Then he goes back and it turns out that he can’t control his caucus.”

Obama made his comments hours before Boehner and his top lieutenants canceled a vote on their plan to end the political impasse as they struggled to find the necessary support with conservative pushback continuing, CNN’s Dana Bash and Deirdre Walsh reported.

House Republicans initially proposed their plan and then amended it, stripping two key provisions aimed at Obamacare. The haggling continued, however, throughout the day and into the night.

Rep. Joe Barton, R-Texas, told CNN’s “The Situation Room” that he would have voted against the measure had it come up.

“There no structural reform. There’s no cost savings,” he said. “It’s just, kick the can down the road another six weeks or two months.”

With the deadline to raise the nation’s debt ceiling on Thursday, the President also called for House Republicans to “do what’s right” by reopening government and ensuring the United States can pay its bills, telling WABC that “we don’t have a lot of time” to avoid a possible default.

CNN’s Paul Steinhauser and Tom Cohen contributed to this report