RICHMOND, Va. – Three-and-a-half weeks are left until Virginians will choose their 72nd governor in this fall’s election. Time for a check on how effective Democrat Terry McAuliffe and Republican Ken Cuccinelli have campaigned so far. The “iPadJournos” project at VCU asked four political analysts and experts to grade the campaigns of the two top contenders as they go into the final weeks of the race for governor. 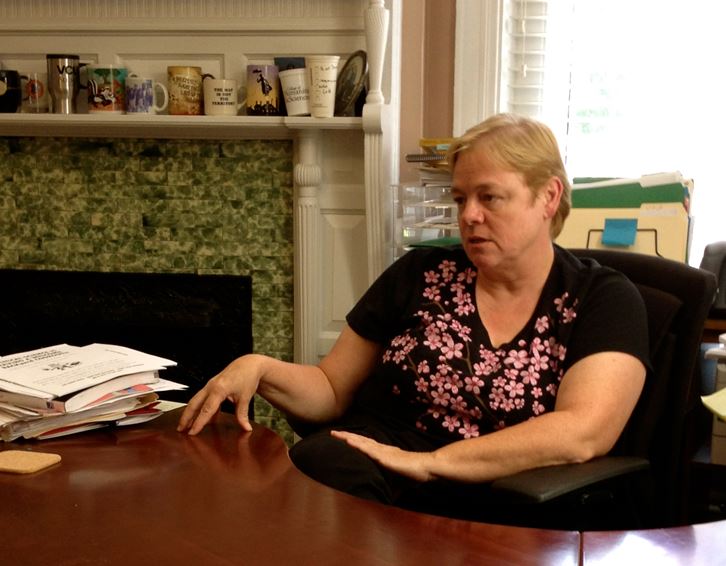 While McAuliffe is currently leading in most major polls against Cuccinelli, third-party candidate Robert Sarvis polls at around 10 percent among likely voters, but CBS 6 political analyst Bob Holsworth said the Libertarian is not in a position to win the race.

The political analysts first assessed the campaigns’ grassroot efforts by the two major candidates. While McAuliffe’s grassroots campaign with around 6,000 volunteers is similar to the one of President Barack Obama last year, Holsworth believes that McAuliffe’s voters still need to be more motivated to elect him governor.

“I think the biggest issue is really mobilizing these drop-off Democrats and getting people energized to vote for him,” said Holsworth.

According to Geoffrey Skelley, associate editor of Larry Sabato’s Crystal Ball at the University of Virginia, Cuccinelli is winning the grassroots war because he has received more contributions of $100 or less than McAuliffe. VCU Political Science Professor John Aughenbaugh also noted the history of the Republican Party’s grassroots success in Virginia.

“The Republican Party base is a little bit more active and better organized in the Commonwealth of Virginia than the Democratic Party,” said Aughenbaugh. While Aughenbaugh and Skelley gave Cuccinelli a “B” for his grassroots efforts and McAuliffe a “C,” both Holsworth and VCU Political Scientist Deirdre Condit said it was still too early to grade the grassroots campaigns.

While the candidates are effective with different grassroots tactics, they struggle to reach a solid demographic through social media.

“The Democratic Party in Virginia like in many states is comprised of more young people more likely to use social media,” said Aughenbaugh. Aughenbaugh gave McAuliffe a “B+” on his social media presence and Cuccinelli a “C+.”

Skelley believes Cuccinelli and McAuliffe are taking advantage of social media about the same amount. “It’s hard to notice any perceptible difference,” said Skelley, who gave the two candidates a “C” on their social media presence.

Out of the two candidates, Cuccinelli is active on more social media platforms, including Instagram, allowing voters to see personal photos from his campaign trail.

Phelps says she plans to vote for McAuliffe because of the many Facebook and Twitter photos of the candidate working alongside the average Virginian.

“He seems like a candidate who is interested in having close interactions with his constituents,” said Phelps.

Candidates are more personable online, but are having a hard time connecting with voters through TV ads.

“I would have given them both failing grades,” said Condit. “It’s taken both of them a long time to find their footing.”

Skelley thinks Cuccinelli’s TV campaign is missing the mark because of the amount of negative ads.

“The ads have lacked focus, which has compromised his ability to get his message across to viewers,” said Skelley, who gave McAuliffe a “B” and Cuccinelli a “C” in terms of success with TV ads.

Aughenbaugh agrees that a single positive ad can have a deeper impact than multiple negative ones, giving both candidates a “C” while Holsworth gave McAuliffe a “B” and Cuccinelli a “C”.

Cuccinelli’s recent ads, however, have a different focus and Skelley thinks this is because the campaign understands his previous negative ads were not having a successful impact.

On the other side, Skelley believes McAuliffe’s ads are too repetitive, which may irritate voters.

“McAuliffe’s ads have drilled home at the same tagline time and time again: [Cuccinelli’s] focused on his own agenda. Not us,” said Skelley.

Negative ads are off-putting to a voter like Phelps. “Positivity, to me, is always better,” said the student. Phelps believes a candidate cannot be too repetitive as long as the ad is positive.

“If you’re going to spend more time trying to make the other guy look bad rather than focus on the issues, then I’m going to pay attention to the other guy who is actually talking about where he stands on certain platforms,” said Phelps.

Richmond resident Terry Cally is particularly unhappy with one candidate’s campaign ads. “I would rather cut off my legs than vote for Cuccinelli,” said the voter. Her problem with Cuccinelli is his stance on women’s rights.

Condit, who studies women in politics, believes the gender gap will make or break the election.

“There’s a 24 percent gender gap for women between McAuliffe and Cuccinelli,” said Condit. Cuccinelli must focus on female supporters to win the election, while McAuliffe must identify more with Virginia voters, she said.