What happened to this home? Neighbors want to know.

RICHMOND, Va. (WTVR) - Some people who live in Richmond's Church Hill neighborhood asked CBS 6 to investigate what was happening at a neighbor's house.

They were concerned over the growing display of decorations and graffiti that wrap the house. 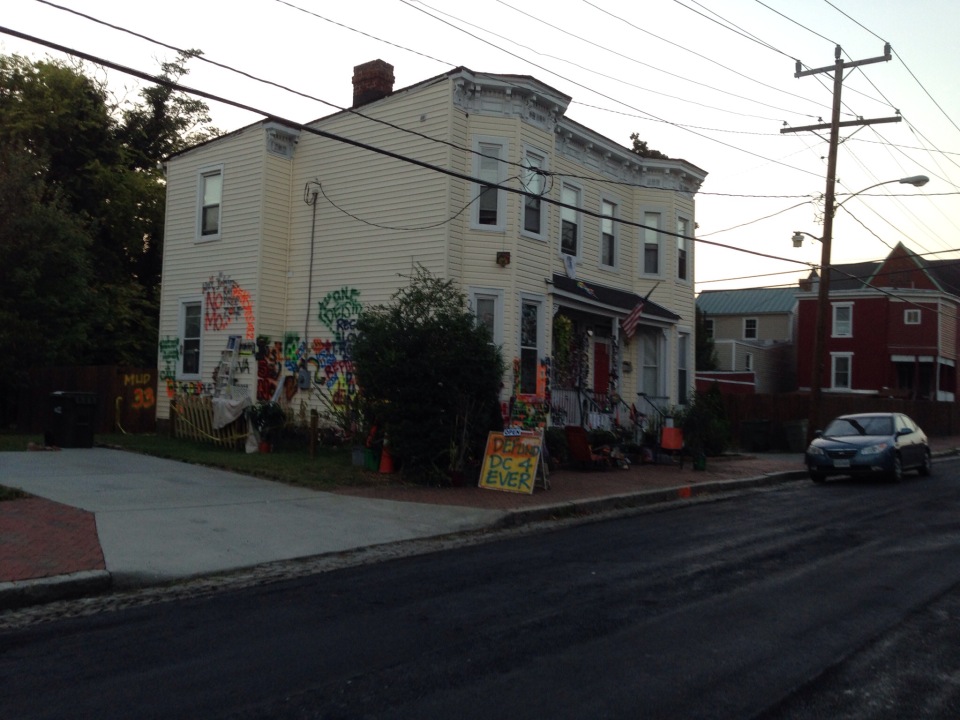 "It is getting worse by the day," one neighbor told CBS 6 via Facebook. "No one knows what this guy is trying to accomplish or say. Maybe you can find out?"

"To me, I feel like it brings down the value and then it makes people wonder - you know- what am I moving into?  Is it going to be violent or is it going to be nice?" neighbor Teri Hall said.

"We were curious if it was kind of a free for all.  If he was doing it himself.  It was kind of in a disarray.  But really kind of interesting kind of concept," neighbor Kara Groux said.

CBS 6 reporter Sandra Jones went to the Cedar Street home -- which some neighbors said appeared to look vandalized -- to talk to the homeowner about the house.

He said he is using the home to express himself and share his feelings.

Is there a city code that prevents this expression? Does he plan expand or take down the display?

The man told Jones he planned to take down his display by the end of the month. But it may not last that long.

"The property owner will be issued a Notice of Violation by the City’s Planning Development Review Zoning Division pursuant to City Code Section 114-930.6a," Richmond spokesman Mike Wallace told Jones after she asked about the property.

According to city code: