(CNN) — A business jet crashed into a hangar at the Santa Monica Airport on Sunday. No one survived the crash and subsequent fire, but authorities did not immediately determine how many were on board.

The twin-engine Cessna Citation ran off the right side of the runway after landing at 6:20 p.m. PT, said Federal Aviation Administration spokesman Ian Gregor.

The hangar collapsed and was too unstable for firefighters to enter, said Captain John Nevandro of the Santa Monica Fire Department. 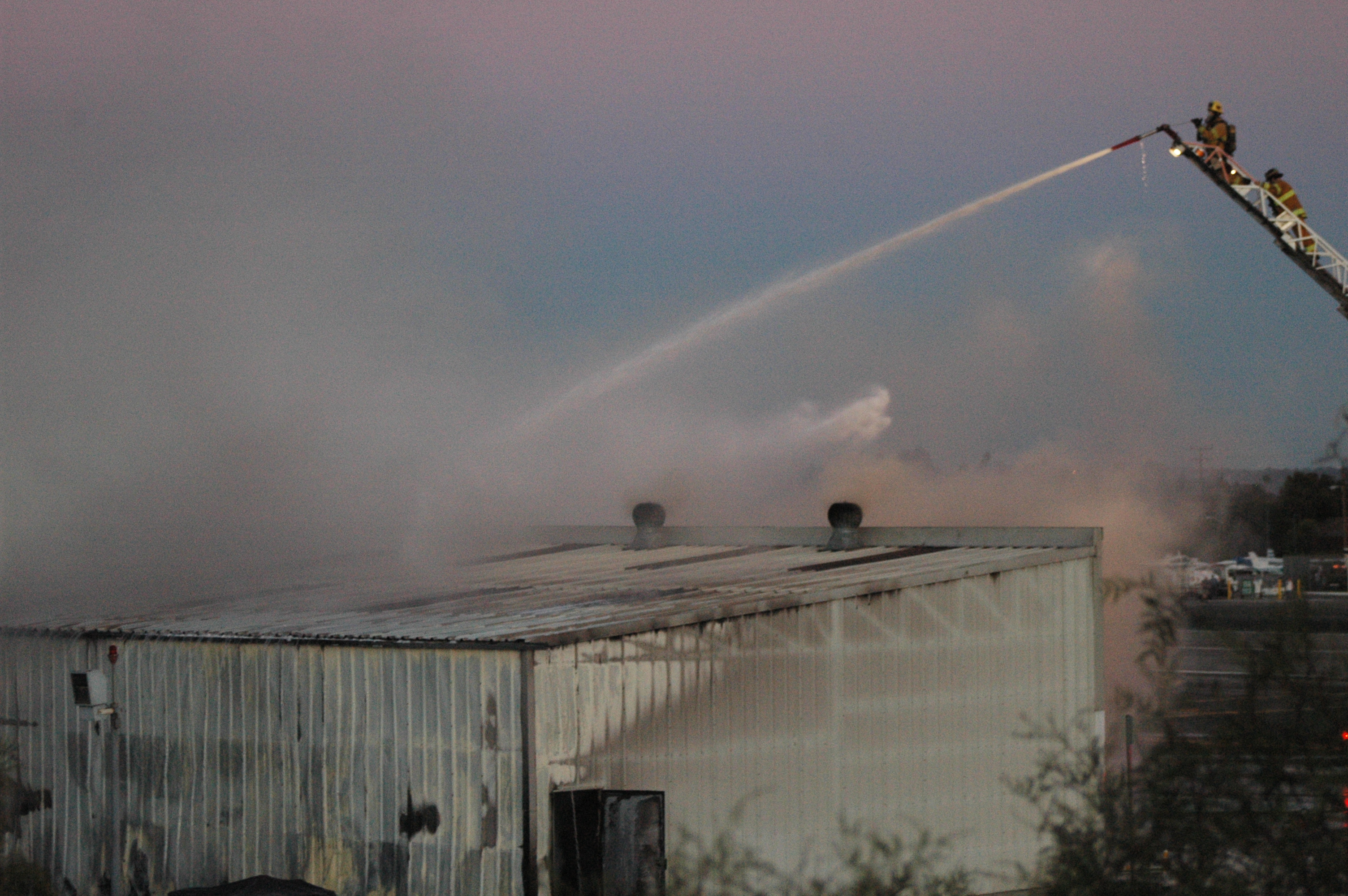 “It was an unsurvivable crash,” Nevandro said.

There was no communication with the pilot to indicate mechanical failure, Van McKenny, an investigator with the National Transportation Safety Board, said Monday at a news conference. He added that the agency has not confirmed the number of people on the plane and that the county coroner will release that information.

Charles Muttillo, vice president of Morley Builders of Santa Monica, issued a statement Monday saying the company’s president and CEO and his son were believed to be on the plane.

“We are aware of a plane crash at Santa Monica Airport last night. While we do not have specific facts, we believe that our President and CEO, Mark Benjamin, and his son, Luke Benjamin, a Senior Project Engineer with us were on board,” the statement read. “We are unable to issue a further statement at this time. We will provide you with more updates as soon as we learn of them. Thank you.”

Various models of the Citation jet carry from seven to nine passengers, according to the manufacturer’s website.

A witness, Charles Thomson, told CNN affiliate KCAL-TV a tire on the plane appeared to burst.

“It wasn’t an emergency landing,” Thomson said. “It was just a landing, and the tire popped afterwards.”

McKenny said he could not confirm that a tire was blown.

CNN’s Dave Alsup and Janet DiGiacomo contributed to this report.