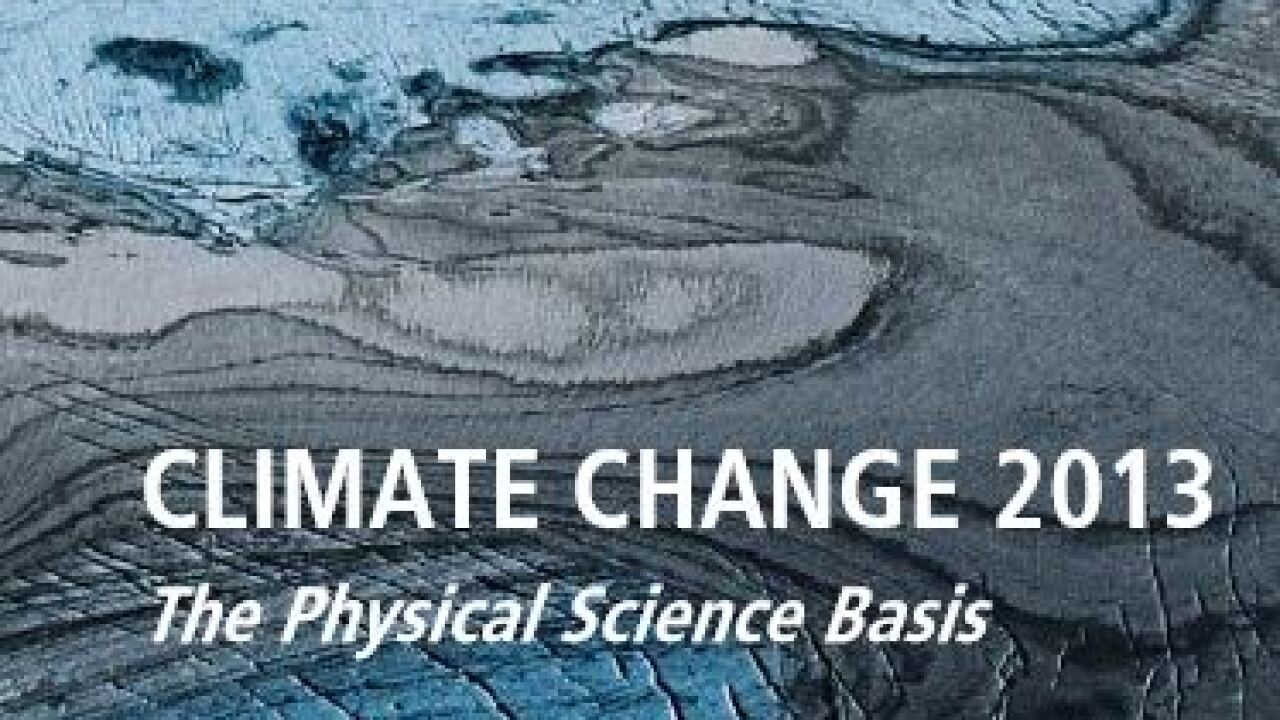 RICHMOND, Va. (WTVR) – The first part of a new Climate Change report is public from the Intergovernmental Panel on Climate Change (IPCC). You can go straight to the complete report HERE (every page should be online by September 30).

When you read the report (or the brief version), you’ll notice phrases like “medium confidence” and “high confidence.” In science lingo, that’s how certainty is communicated. As is the case in any field of scientific research, there are pieces of the puzzle that the scientists understand well and can “with high confidence” make conclusions based on data. Sometimes, there are still pieces of the puzzle being worked out. This is how the scientific process works, of course.

Another crucial piece of the scientific process is peer review. This is how the entire body of research on climate and how it has changed over time, and is expected to change in the future, is examined. For clear scientific assertions to be accepted globally among the scientific community, those assertions must be vetted by a huge team of scientists (in this case, the members of the IPCC). This vetting process ensures a clear consensus is reached. This IPCC report says human influence on climate is clear.

For those of you who want the “Cliffs Notes” version, the IPCC also has this brief summary:

Warming of the climate system is unequivocal, and since the 1950s, many of the observed changes are unprecedented over decades to millennia. The atmosphere and ocean have warmed, the amounts of snow and ice have diminished, sea level has risen, and the concentrations of greenhouse gases have increased. Each of the last three decades has been successively warmer at the Earth’s surface than any preceding decade since 1850. In the Northern Hemisphere, 1983–2012 was likely the warmest 30-year period of the last 1400 years (medium confidence).

Ocean warming dominates the increase in energy stored in the climate system, accounting for more than 90% of the energy accumulated between 1971 and 2010 (high confidence). It is virtually certain that the upper ocean (0−700 m) warmed from 1971 to 2010, and it likely warmed between the 1870s and 1971.

Over the last two decades, the Greenland and Antarctic ice sheets have been losing mass, glaciers have continued to shrink almost worldwide, and Arctic sea ice and Northern Hemisphere spring snow cover have continued to decrease in extent (high

The rate of sea level rise since the mid-19th century has been larger than the mean rate during the previous two millennia (high confidence). Over the period 1901–2010, global mean sea level rose by 0.19 [0.17 to 0.21] m. The atmospheric concentrations of carbon dioxide (CO2), methane, and nitrous oxide have increased to levels unprecedented in at least the last 800,000 years. CO2 concentrations have increased by 40% since pre-industrial times, primarily from fossil fuel emissions and secondarily from net land use change emissions. The ocean has absorbed about 30% of the emitted anthropogenic carbon dioxide, causing ocean acidification.

of the climate system.

Climate models have improved since the AR4. Models reproduce observed continental-scale surface temperature patterns and trends over many decades, including the more rapid warming since the mid-20th century and the cooling immediately following large volcanic eruptions (very high confidence).

Observational and model studies of temperature change, climate feedbacks and changes in the Earth’s energy budget together provide confidence in the magnitude of global warming in response to past and future forcing.

Continued emissions of greenhouse gases will cause further warming and changes in all components of the climate system.

Limiting climate change will require substantial and sustained reductions of greenhouse gas emissions. Global surface temperature change for the end of the 21st century is

Changes in the global water cycle in response to the warming over the 21st century will not be uniform. The contrast in precipitation between wet and dry regions and between wet and dry seasons will increase, although there may be regional exceptions.

The global ocean will continue to warm during the 21st century. Heat will penetrate from the surface to the deep ocean and affect ocean circulation. It is very likely that the Arctic sea ice cover will continue to shrink and thin and that Northern Hemisphere spring snow cover will decrease during the 21st century as global mean surface temperature rises. Global glacier volume will further decrease. Global mean sea level will continue to rise during the 21st century. Under all RCP scenarios the rate of sea level rise will very likely exceed that observed during 1971–2010 due to increased ocean warming and increased loss of mass from glaciers and ice sheets. Climate change will affect carbon cycle processes in a way that will exacerbate the increase of CO2 in the atmosphere (high confidence). Further uptake of carbon by the ocean will increase ocean acidification. Cumulative emissions of CO2 largely determine global mean surface warming by the late 21st century and beyond. Most aspects of climate change will persist for many centuries even if emissions of CO2 are stopped. This represents a substantial multi-century climate change commitment created by past, present and future emissions of CO2.

If you want snippets of the report that are easier to digest, I suggest following the WMO Twitter Account.  They are currently tweeting brief pieces of this “climate consensus” reached by scientists. This is the first piece of The Fifth Assessment Report (AR5).

Working Group I met in Stockholm, Sweden to finalize the report during its conference there September 23-26, 2013.

The next three parts of the report will be finalized and released according to this schedule:

Watch the below visualizations to see how our global climate has changed over time, and the projected changes in the future: