RICHMOND, Va. (WTVR) – A social activist and book author is investing money at universities across Virginia to turn out the vote among college students in the gubernatorial election this fall.

Paul Loeb, author of the bestseller “Soul of a Citizen” and founder of a nonpartisan election project, sees his efforts as a broader attempt to engage students as active citizens.

“Sure, you want to prepare for your own personal career and that is certainly valuable, but you also want something larger, do something for that community. And if you start doing it now, you’re going to be able to do it your whole life,” Loeb said during a two-day visit at VCU this week. 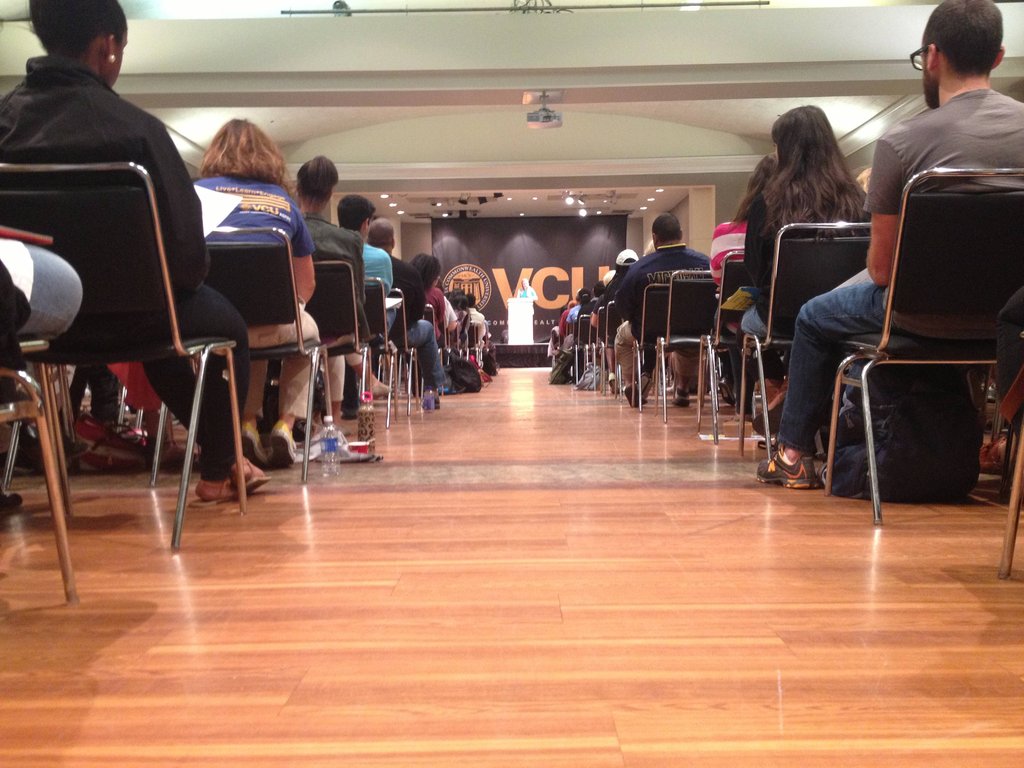 Loeb founded the Campus Election Engagement Project in 2008, which helped around three million students at 500 colleges participate and vote in that year’s presidential election.

Last year, CEEP engaged students at 750 colleges nationwide. And now the organization is investing more than $100,000 at colleges in Virginia for campaign staff, student stipends, grants, and election material.

“Virginia is very important in a symbolic and tactical role in national politics, so there is very much an interest for national organizations to be working here,” said Sam Menefee-Libey, Virginia director of CEEP, who coordinates election efforts at VCU, Virginia Tech, James Madison University, Old Dominion University and several other universities and colleges.

Another organization similar to the CEEP, Campus Compact – a group of college faculty and administrations that promotes involvement in the political process and community engagement – does not operate in Virginia.

“We chose Virginia as a regular state to work with, because of its really strong college community,” said Menefee-Libey. “Yet there’s not a Campus Compact … that resource isn’t here so that helps us fill the void.”

Loeb said that starting at a young age allows the opportunity for greater and better change. He rallied several hundred students and faculty at VCU earlier this week for the upcoming election and focused on the three traits that he thinks are vital to personal involvement in the community: the leap of faith required to get involved, the intentionality of trying to achieve something and the perseverance to see it through.

Loeb said that individuals are usually unaware of the power they have and the potential they have to change their community. Through the stories of major figures in social change like Mahatma Gandhi and Rosa Parks, Loeb tried to inspire courage among students as these famous change agents were initially hesitant to get involved in their community as well.

“Certain people are not confident. They say ‘I’m shy.’ Well maybe you’re timid, but compared to Gandhi you’re the most confident guy around,” Loeb said.

VCU was the first of several universities and colleges in Virginia that Loeb will visit in his attempt to rally students to vote and increase the historically low youth vote turnout.

According to Loeb, the last statewide election only saw 17 percent of young voters go to the polls. He thinks this can be changed by fostering young voters and leaders to face the challenges in the community.

Menefee-Libey added that it is a very important time for young Virginians to be involved because of the gubernatorial election occurring in only a month and a half.

“There are some important things happening in Virginia right now, important things that have national and political importance, both symbolically and practically in terms of the implementation of Obamacare and the recent transportation bill that was just passed. There are major party fights happening on the ground here in a way that they’re happening nationwide,” Menefee-Libey said.

Emily Satchell, campaign manager of “VCU votes,” a nonpartisan project at VCU that is sponsored by CEEP, said that Virginia is an influential state and student turnout is important to the direction of policy.

“Virginia is a big decision state, especially in the past year,” said Satchell. “Now that Virginia is up in the air, it seems to have much more influence. I think that says a lot about Virginia and the importance of every vote.”

By Mason Brown and Amir Vera (Special to WTVR.com)