(CNN) — In the third grade, Marlon Gibson was so overweight his mom had to take him to the men’s store to buy his Easter suit.

“Even back then, I absolutely loved clothes,” Gibson said. “That’s what really keeps me honest with all this weight loss. I want to go to the mall to buy more than socks.”

At his heaviest he weighed 405 pounds. Now the 5-foot-11-inch associate director of student conduct at Emory University in Atlanta weighs 160 pounds. Since January 2011, he’s lost 245 pounds, or the equivalent of a gas stove. 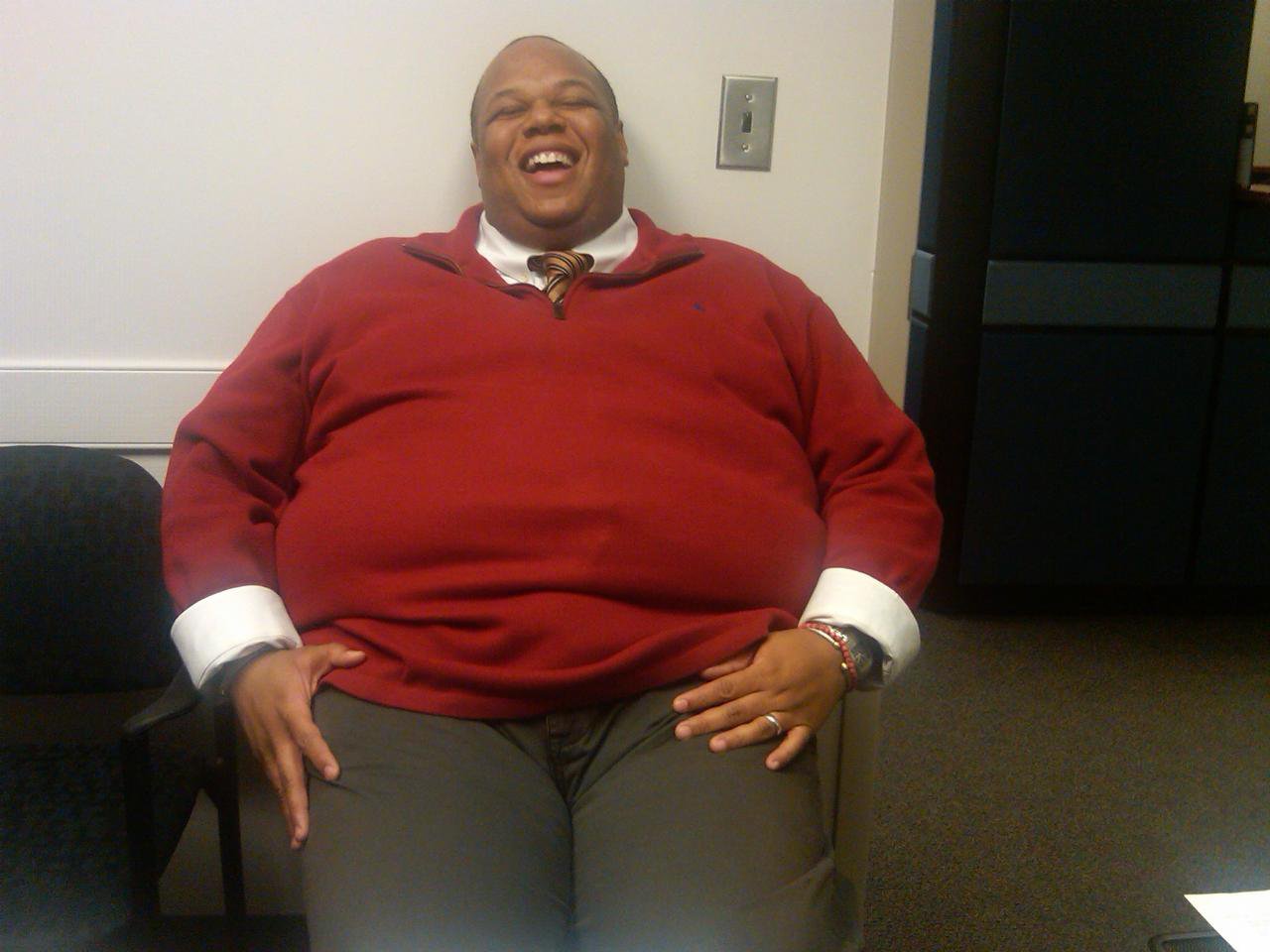 He says anyone can do it his way: without surgery or a special diet program

The turning point came when the 34-year-old watched his wife tear up during “The Biggest Loser.”

“She told me she loved me, but she worried that I wasn’t going to be around long because of my weight,” Gibson said. “I had to do something.”

Gibson had been heavy all his life. Growing up, none of the adults in his family ever talked to him about healthy eating. They didn’t have to, he says.

“My mom used to joke my dad would get kicked out of buffets, he had such a great appetite and such a great metabolism. He never had to work to be small,” Gibson said. “My mom was never bigger than a size 6.”

His mom tried to set a good example with daily exercise. “She was the person who got up and did her Jane Fonda video every morning,” Gibson said. But he was an only child, and everyone in his family showed their love with food. His grandmother, especially, doted on him.

“She would take me to McDonald’s nearly every day,” Gibson said. “I did love a big cheeseburger and fries, and I never met a sweet I didn’t like.”

He wasn’t much into sports or exercising either.

“I never learned to swim at camp because I’d get ear aches,” Gibson said. “I remember playing kickball in second grade and broke my pinky finger. And from there on out, when they’d ask me to play, I’d say, ‘Nope, I’m good.'”

As he steadily gained weight, Gibson said he was lucky that the kids didn’t bully him about it.

“I’ve always had a great sense of humor and can deflect the attention from my being obese,” Gibson said.

That sense of humor also got him in trouble. While attending an all-boys Catholic school in Ohio known for its orderly discipline, he served a lot of time in detention.

But being the class clown also paid off with fast friendships.

“I’m lucky; people have always been nice, or at least they try to be,” Gibson said. “People would often give me a back-handed compliment like ‘you’re handsome for a fat kid.'”

He met his wife, Sheree, at a fraternity function in 2004. They were in graduate school at the time. They married two years later.

Soon after he watched her tear up over “The Biggest Loser,” he cut himself trying to force a zipper closed on a pair of pants that were too tight. That’s when he finally decided he had enough.

He had to lose weight, and he wanted to do it in a way that would stick.

Rather than cut out all bad food, he gradually reduced the amount he was eating.

“I loved fried chicken, so I decided I would eat six pieces instead of eight,” Gibson said. “Then I’d reduce it further to four pieces, and then eventually dropped fried chicken all together. I ate meat more like it was a protein condiment. Now I don’t eat any meat at all. I’m a dedicated vegan.”

Gibson said he is “hyper vigilant” about what he eats now. He’ll start the day with a protein shake before he heads off to the gym in the morning. After he works out, he eats oatmeal with apple slices. Lunch is vegetarian chili with a salad and more vegetables such as Brussels sprouts, broccoli or corn on the cob. Dinner is often popcorn, with an occasional smoothie for dessert.

“By now this kind of eating is a habit — so much so that when I went to visit a friend in Iowa, I packed my popcorn and chili and ate it on my layover in Chicago,” Gibson said.

He breaks from routine every once in awhile, though.

“In May I turned 34 and decided to splurge,” Gibson said. “We went to a vegan bakery and got a slice of the hummingbird cake, which we split. I hadn’t had cake since 2010.”

Gibson also exercises daily. “Spinning is my favorite. I like to do two 70-minute spin classes back-to-back,” Gibson said. He also runs at least 3 miles in the evening and does crunches and push-ups before bed.

Gibson stays focused with the help of a coach, Ryan Blanck, CEO of offtrackonpurpose.com. Blanck lives in North Carolina, so all their sessions are virtual. Gibson finds their sessions particularly effective.

“He gives me positive encouragement and tough love. I remember one time he said, ‘Your motivation isn’t where it once was.’ That’s all I needed to hear. When I went to the gym that day I told my wife drop me off further away — I need the walk.”

This healthy living has paid off. In addition to the weight loss, Gibson no longer needs high blood pressure medicine. He says he’s “got energy for days.”

He also loves to motivate others and talks about his weight loss at church and helps friends.

“This weight loss has transformed my life,” Gibson said. “It’s totally possible. You just have to hold yourself accountable.”