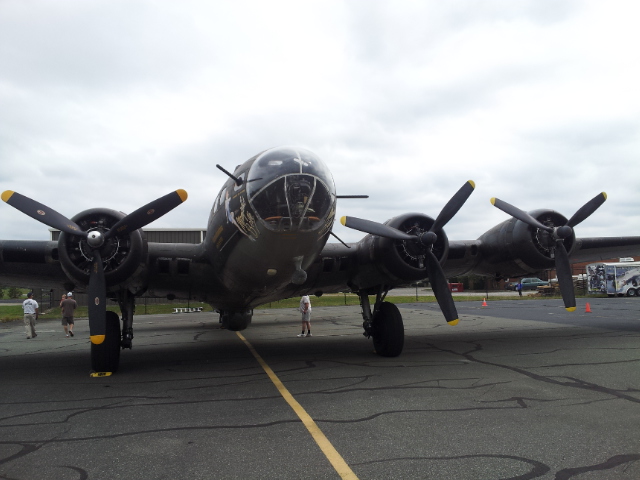 HANOVER COUNTY, Va. (WTVR) — A local veteran took a trip back in time to when he served the country, all thanks to the Memphis Belle.

The real Memphis Belle is in Dayton, Ohio waiting to be turned into a museum exhibit, but  the movie version of the Memphis Belle B-17 Flying Fortress was in Hanover County today.

Specialist Donald Campen Jr. flew in the 427th squadron of the 303rd “Hell’s Angels” bomb group in Word War II as a togglier. His primary job was arming and dropping bombs on targets in Europe. This was the second time he’s flown in a B-17 since he served during 1945.

The original plane flew 25 bombing missions, and its gunners recorded eight kills of enemy fighters. Everything in the restored bomber, aside from the radio and GPS, are of the era, the plane flies just like they did in 1945.

“Lovely,” was one of the many words Campen used to describe today’s flight. “Very smooth, pilot did a good job.”

The Liberty Foundation, a non-profit currently leasing the bomber, is offering the public flights and ground tours on Saturday September 14th.

You can find more information about the foundation here.