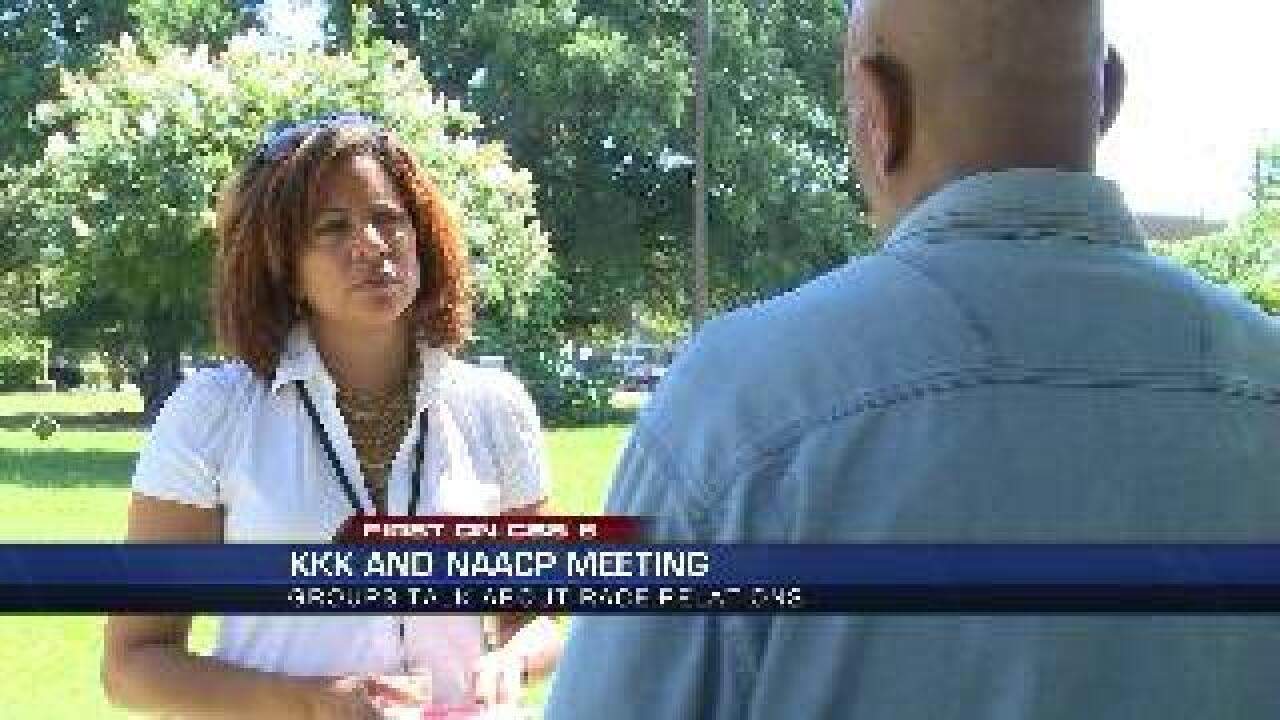 RICHMOND, Va. (WTVR)--Is the Klan trying to distance itself from it notorious violent past?

A historic meeting between the Ku Klux Klan and NAACP was held over the weekend in Casper, Wyoming.

Under tight security in a Wyoming hotel, a KKK organizer from the United Klans of America and the President of the NAACP chapter in Casper met, following recent acts of violence against black men, segregation and the distribution of Klan pamphlets in that area.

The president of the Wyoming state NAACP chapter asked for the meeting, which ended with the Klan’s representative paying $50 to join the civil rights organization.

He said he wanted to gain more insight into the group’s views.

"Hate is nowhere even in anything that our study teaches us,” said Bradley Jenkins, Imperial Wizard, United Klans of America.

"This looks like they're changing the packaging, ideologically.  Nothing has changed,” said Khalfani.

"We are an integrated society.  But we are the United Klans of America.  And there's nothing wrong with being white and being proud,” said Jenkins.

"I'm more worried about the Virginia General Assembly, Mayors, Governors, Councilmen, School boards, who have the power to directly have an impact on our daily lives,” said Khalfani.

But the KKK argues a different point.

"I think it's up to society,” said Jenkins.  "I will sit down with the NAACP or anyone and discuss.  I'm not trying to push my issues on anyone."

"I don't believe that the Klan is going to change its stripe,” said Brian Daugherity, VCU, Assistant Professor of History.

VCU Assistant History Professor Brian Daugherity agrees with Khalfani, saying, the KKK is a hate group, despite efforts to change the public's perception.

"This is a Public Relations initiative. The KKK has been trying to disassociate itself from a stereotype from an image of a violent vigilante organization over the last few years in particular,” said Daugherity.