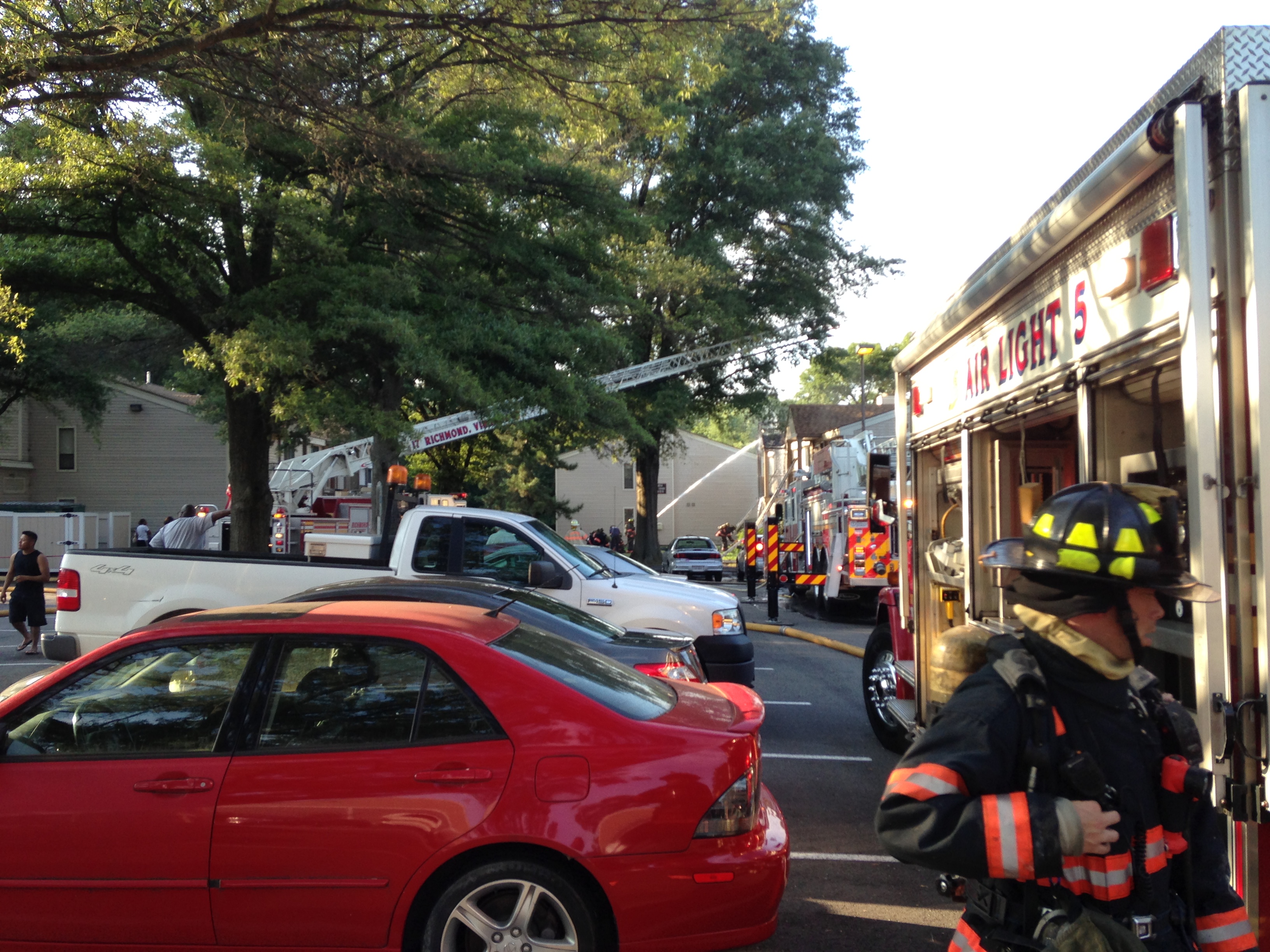 RICHMOND, Va. (WTVR) — Ten people are being assisted by the Red Cross after firefighters battled a blaze at an apartment complex in Richmond Monday afternoon.

It happened in the 1400 block of Whitesand Drive at the Crossings at Bramblewood, which is near Jahnke Road and the Powhite Parkway.

Crews were called to the scene for multiple reports of a house fire and a possible explosion around 5:20 p.m.

Seven units, which battled a fire on the second floor of a building, were able to get the fire under control a little after 6 p.m.

Investigators determined the fire was caused by the improper discarding of charcoal.

The fire caused approximately $50,000 in damage and effected multiple units within the structure.

Ten people are being assisted by the Red Cross.