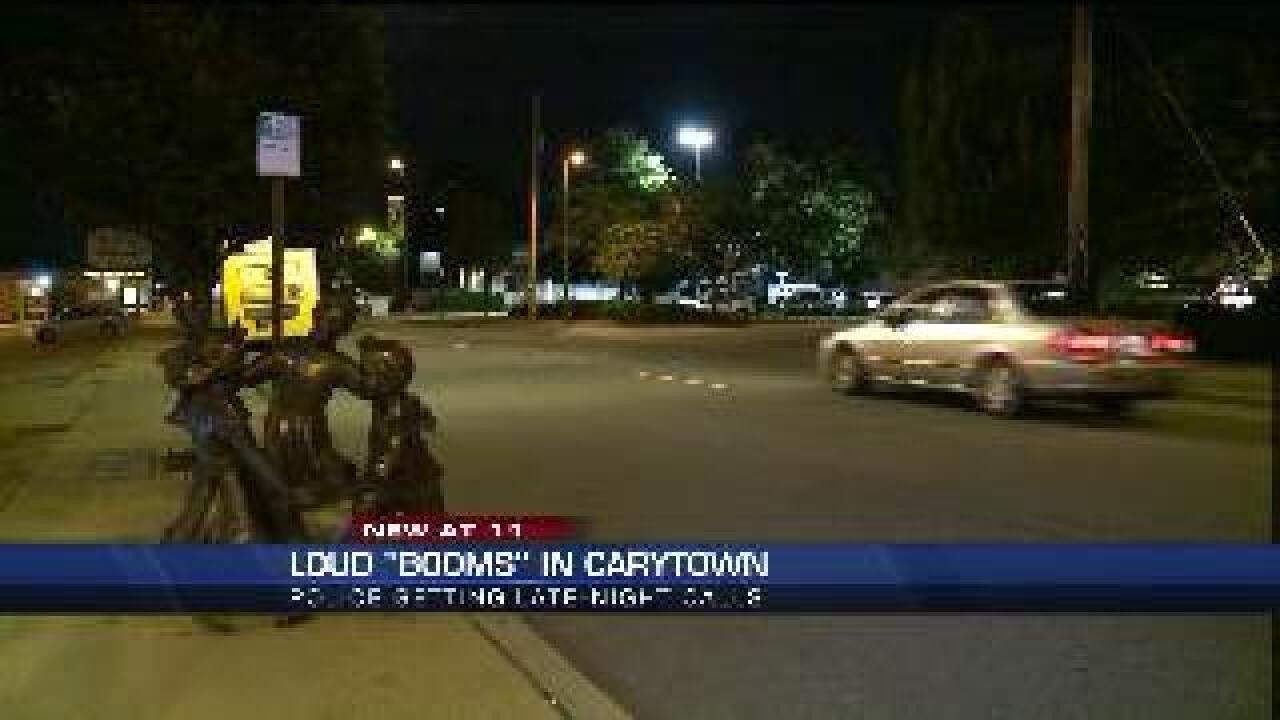 RICHMOND, Va. (WTVR) - Some people living on Grayland Avenue near Carytown told CBS 6 they have heard a mysterious boom sound for the past few months.

"It's like a boom that has an echo to it," said Thomas Daniel who lives near Grayland Avenue and S. Sheppard Street.

Daniel told CBS 6 news reporter Chelsea Rarrick that he hears the mystery sound periodically, sometimes even a few times a week. He said he first heard it while sitting on his front porch around 2 a.m.

"You think sometimes it's like a train backing into another train," said Daniel

Sarah Barrow also lives on Grayland Ave. and heard a boom for the first time this week around 10 or 11 p.m.

"The front right window shook, which made me realize it's more than just a backfire from a truck on a highway," she said.

CBS 6 contacted the Richmond Police Department regarding the noise. RPD said they have received a couple of reports regarding the sounds in the area, but can't confirm what it is since an officer didn't hear the sound.

"Where is this coming from?" said Daniel.

Have you heard the mysterious booms? We will continue to follow this story.