The story behind this viral ‘dog pool’ photo 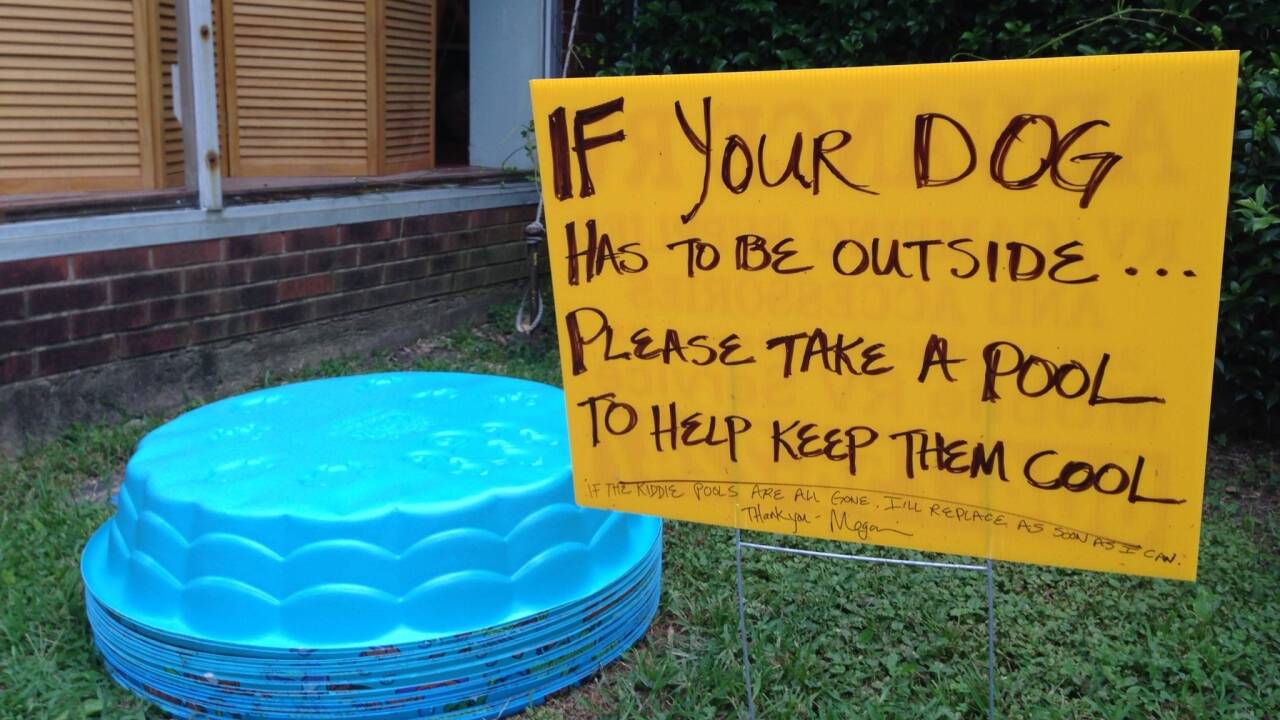 Under the header “Saw this while walking through a small town in VA – it’s nice to know that someone is looking out for all the pups in this summer heat,” Reddit user Brittany Magill, of Falls Church, posted the photo of a sign.

The sign read: If Your Dog Has To Be Outside… Please Take a Pool To Help Them Cool. If the kiddie pools are all gone, I’ll replace as soon as I can – Megan

A lot of people liked the message and up-voted the photo to the front page of Reddit — a social news and entertainment website.

Megan, it turns out, is Megan Brockman, the owner of Cafe Mojo on Virginia Street in Urbanna. She said she came up with the idea to buy the pools last month after two dogs died from heat stroke in Newport News.

Brockman, who has two rescue dogs of her own, said the dogs’ death made her cry and she “freaked out” a bit.

She said she went to Dollar General and bought 11 kiddie pools. She then made the  sign and put them in front of her restaurant.

The pools went fast, she said, so she bought more. She’s bought at least 30 pools so far.

She said people who have heard about the giveaway have traveled to Urbanna to donate more pools.

Brockman said nothing could have prepared her for the attention the actions have received since the photo went viral.

“What’s happened in the the past 24 hours, it brings tears to our eyes. It feels good making a difference. I am glad people are noticing,” she said. “I really just did it to help anybody who might not be able to afford something like this.”

Brockman, whose restaurant reopens for the week on Thursday, said she was not sure if the added attention would translate into more business. She said she’s talked to her staff about the possibility of buying more food – just in case.