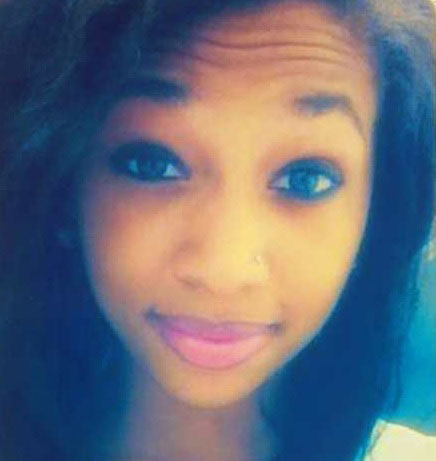 (WTVR)–Law enforcement resources have been pooled to help locate a missing teen from Nelson County.

The Federal Bureau of Investigation distributed a release asking for the public’s help to find 17-year-old Alexis Tiara Murphy, who has been missing since the evening of August 3, 2013.

Officers said she was last seen around 7:15 p.m. at her home.  She said she was headed to Lynchburg to do some shopping, and was traveling in a white 2003 Nissan Maxima GLE SE with Virginia license plates WYN-3706.

More than 72 hours later, the white Nissan Maxima, with the correct license plates, was found in the parking lot of the old Carmike Theatre in Charlottesville. Investigators waited for a police dog to check the vehicle before they began their search.

"Alexis is very close to her family and has never disappeared in the past,” said a Nelson County investigator.  “In fact, she was looking forward to playing in volleyball tournaments later this week and was excited to start her upcoming senior year in high school. Her family misses and loves her very much."

The teen is 5'7" and weighs around 160 pounds. Her birthday is June 5,1996. She was wearing a pink blouse, floral-print (full-length) spandex pants, and brown boots and was carrying a dark and light colored grey purse.

Agents say that no bit of information is too small. Together, these agencies encourage any citizen who may have seen Alexis or may have information to share to please contact authorities immediately at 434/263-7050 or 1-800-843-5678 (1-800-THE-LOST).