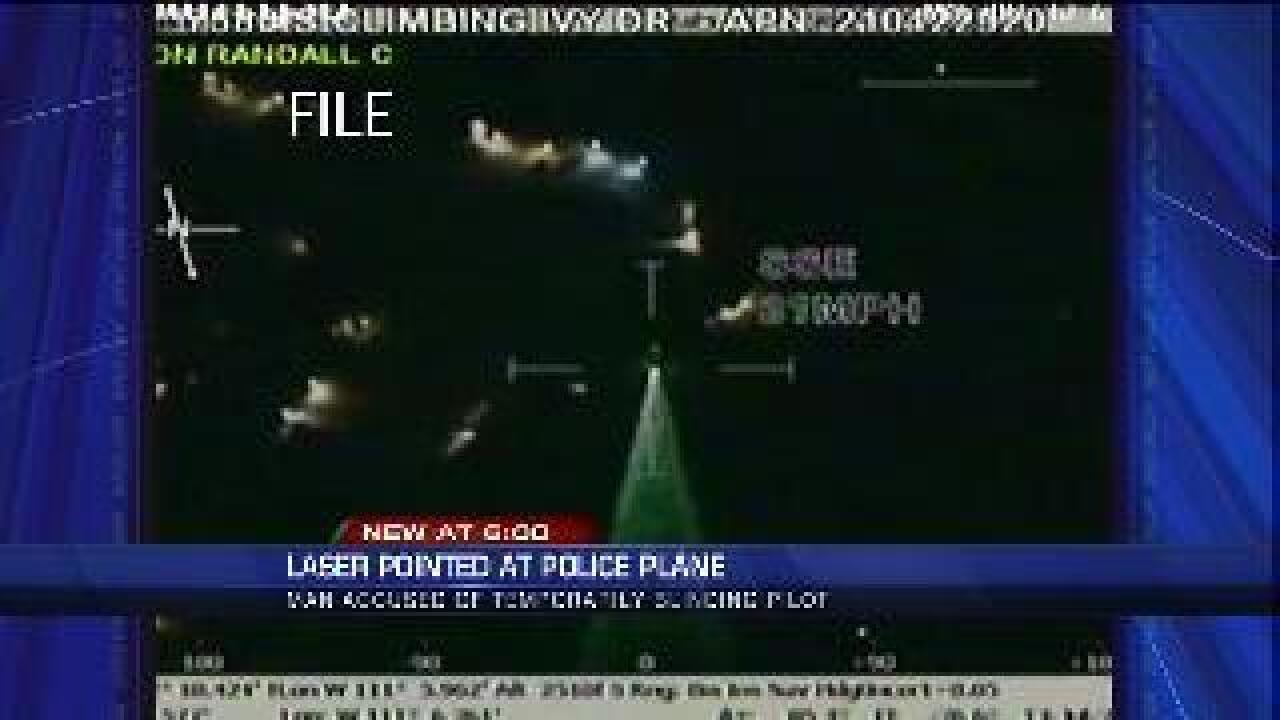 A Midlothian man was charged with a misdemeanor after police said he temporarily blinded a state police pilot flying over Chesterfield. Matthew L. Farr, 20, is charged with interfering with the operation of an aircraft.

Saturday night about 9:30, state trooper pilot Adam Culbertson reported someone aimed a bright green laser into the cockpit of his Cessna 182. Culbertson was flying in the area of Courthouse Road and Powhite Parkway at the time.

Police said the laser light forced Culbertson to close his eyes. He said while he flew over the area again to find the source of the light, the laser once again hit the cockpit.

He radioed back to dispatch, who sent troopers into the area to find the person responsible.

Police said when they found Farr, about 10:15 p.m., he was still pointing the laser into the sky. Farr was located in the 1700 block of Westbury Ridge Drive in Midlothian.

"We were able to catch him this time because it was over a long period of time," says Culbertson.

When Troopers arrived they arrest Farr with a laser ten times more powerful than the average store bought device.

CBS6 spoke with Matthew Farr at his home. He did not want to be interviewed on camera, but admitted to shining the laser only briefly at the plane. He said he was surprised "when the cavalry arrived" at his home.

"Its not something to play around with," says neighbor Todd Keiling. Farr's neighbors are relieved nothing tragic happened. "Its kind of scary that there are those types of incidents in the neighborhood and the plane could have come down," says Keiling.

Farr is charged with a misdemeanor and faces a $2,500 fine and up to a year in jail.

According to State Police,they notified the Federal Aviation Administration about their on-going investigation, and their involvement means the 20-year-old could face more serious charges.

Farr will appear in court in late August.