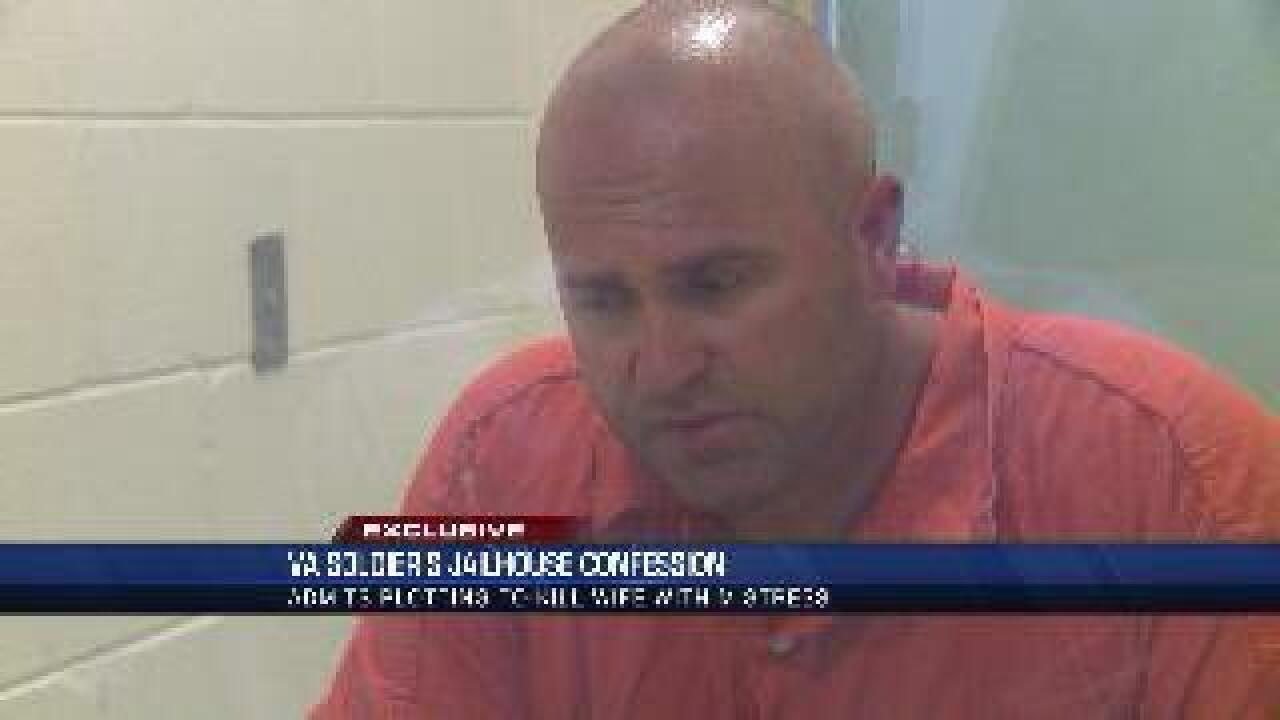 The Ft. Eustis staff sergeant and his mistress are both charged in the murder of his wife, 42-year-old Dana Patterson Mackay.

John Mackay told NewsChannel 3′s Reed Andrews that he did not think Nicole Michelle Houchin, his mistress, would go through with it. When he learned that his wife was dead, he was “shocked, horrified, saddened.”

John talked about how he and Nicole had planned to kill his wife, Dana:

“In a fantasy world, yes, we talked about it, but we never thought to make it happen, no. We talked about different things like this and that, if this was to happen, who should do stuff like this.”

Court documents reveal more about those conversations leading up to his wife’s death.